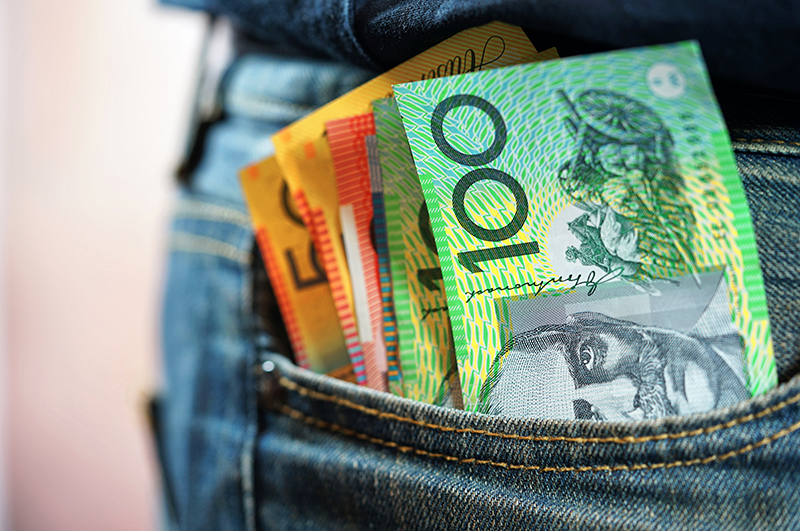 If your money mojo has gone, here's why -

If you don’t care about your economic future, go read something else that will have a profound impact maybe on your social future. There actually is a pretty interesting story on how we’re getting tired of social influencers in Fairfax media, or is it Nine Media nowadays?

My story comes out of an AFR look at some CEOs who have a world of worry that interest rate cuts won’t help! Their world is made challenging because their businesses are “grappling with automation, red tape and globalisation” so they’re “uncertain about future pay-offs from capital investment.”

This defines the modern age, which both businesses and consumers live in. What has happened is that it has taken away something that could be compared to very good champagne that you could easily over-imbibe with!

Let me take you out of the world of economics and into the social world you might feel more confident about. Let’s imagine you caught up with your lover and/or best friend who you’d not seen for a year!

They show up with three bottles of Krug champagne and arrange for a caterer to turn up with a feast for a king or queen — let’s not be discriminatory.

There’s reasonable chance that you’ll drink too much of that wonderful champagne — it’s understandable that you’d be exuberant but it could lead to an irrational amount of drinking and ultimately a very big headache the next day. You know those situations when someone suggests port at the end of an excessive evening of revelry and someone else comes up with the notion of having a cleansing ale!

Where does that idea come from, that beer could clean up your insides? This sounds like the kind of thinking and acting that could be called irrational exuberance and it’s what I think the post-GFC and digital disruption age has taken away.

Irrational exuberance was a term coined by the Federal Reserve boss, Alan Greenspan in December 1996.

“The concept of irrational exuberance came to me in the bathtub one morning,” Alan Greenspan recalled. It came to him before a speech to the American Enterprise Institute and while the US stock market was hotting up with the dotcom boom.

In his speech, he asked: “How do we know when irrational exuberance has unduly escalated asset values, which then become subject to unexpected and prolonged contractions?” He never really answered his question because it’s too hard to answer and the stock market world ignored his concerns as it kept surging higher for three more years before the 2000 dotcom crash made reality bite.

When irrational exuberance is everywhere in an economy everyone’s money mojo is on a high and historically it kept partying along until high interest rates killed the party.

So why is all this relevant to the CEO story where business leaders are worried about “grappling with automation, red tape and globalisation”? Well, it’s because irrational exuberance has been restricted to asset markets.

Here in Australia, good old irrational exuberance showed up in Sydney and Melbourne with house prices but low interest rates didn’t do much for other capital cities until Hobart surprised us a couple of years ago.

Even in the USA, the bull market has passed its all-time high and has lasted longer than the average nine years but is up less than 300%. The average US bull market goes up 480%! The 1980s and 1990s bull market rose for nearly 13 years and put on over 800%.

What’s missing? Irrational exuberance! And on that subject, Donald Trump has put a brake on that with his trade war. But I reckon businesses that are not in the high-tech/IT space with growing export markets, are all finding it very hard to be irrationally exuberant.

They have rivals from low labour cost countries or high technological and big population countries, where costs can be driven down.

The Internet has increased the chances of our businesses to lose business to overseas rivals and our savvy consumers are giving themselves access to the best goods and services in the world at the lowest prices imaginable.

Before I do my radio reports on 2GB, 4BC and 2CC, I often hear ads for a business called Luxury Escapes and they are often talking about the greatest holidays imaginable at unbelievable prices. And I often think about how the Gold Coast and Margaret River can compare as a holiday alternative on a cost basis?

And on the subject of consumers, they might be slightly exuberant when they find that suit or frock that would have been a $1,000 in local shops but priced at $700 online. But their general exuberance is being curtailed by the slow rise in wages since the GFC. And this relates inextricably to the fact that many employer/businesses have lost pricing power to digital disrupting and online rivals.

I’ve been writing about this for at least five years, when the likes of Uber and Airbnb came to Australia followed by Airtasker, Deliveroo and so on.

Uber didn’t follow the rules of the taxi industry and taxi owners lost out. Airbnb reduced the profitability and the market for conventional hotel operators. Airtasker would be providing extra work for tradies, delivery people and so on but it would be introducing cheaper amateurs, who would be keeping lids on prices and exuberance for the businesses that used to do these tasks that are now put on Airtasker.

Meanwhile, Uber Eats and Deliveroo etc are increasing business for takeaway operations but it’s no surprise that as these booming gig economy ‘businesses’ thrive, restaurants going into bankruptcies and closures are on the rise.

We’re living in a world where it’s easy to be price conscious so that has robbed many businesses of the power to raise prices, profits and wages. It has taken one important aspect of irrational exuberance out of the mix that involved excited businesses and consumers. And this might explain why this disappointing economic cycle could drag on longer than expected.

When Greenspan talked about irrational exuberance, he believed it would all lead to inflation and rising interest rates and this would choke the stock market boom. But nowadays we can’t get inflation to rise and interest rates are falling.

What’s missing? It’s widespread, uncheckable irrational exuberance and I’m not sure that in a new age of digital disruption, deregulation and globalization that we will ever get our old money mojo back!