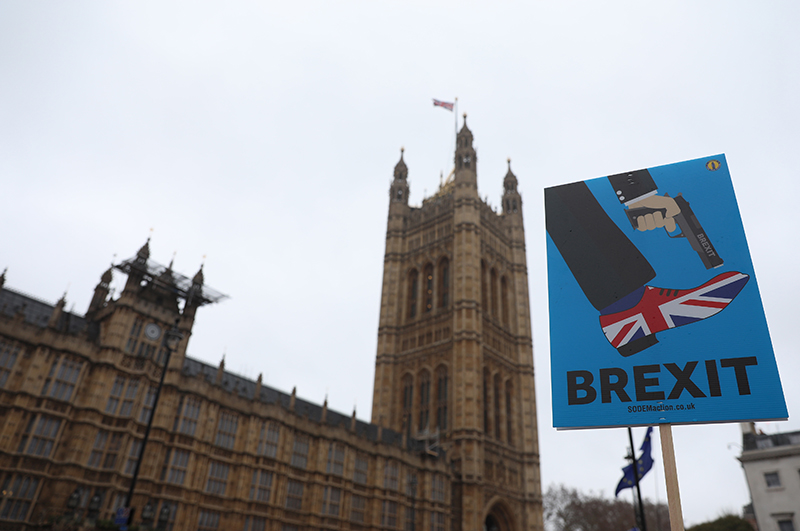 If you whinge about your economic life, blame democracy!

A bloke who learnt how to deal with the irritations of politics was Winston Churchill and his experience led him to once observe that “Democracy is the worst form of government, except for all of the others!”

Democracy is a great idea but it can get in the way of good economic outcomes.

I learnt in the early part of my life writing economic pieces for newspapers that often I had to point out that good politics is bad economics and bad politics is often good economics.

Two recent developments have made me think about how we, the people, get in the way of good economics!

It’s a bit like when I was a teacher many decades ago, I once noted “how wonderful a school was when there were no students in it — you could actually get some real work done!”

This all came flooding back to me as I read about the UK economy and the economic implications of Brexit, which I’m sure the people of the north of England had no idea was going to happen when they voted for Brexit to get back the ‘old’ UK they so desperately missed.

Ironically, the ‘old’ UK was an economic basket case and the reforms started by Margaret Thatcher partly explain the economic transformation of Great Britain that one day might be sorely missed.

This comes when we learn that GDP slowed in the last three months of the year, with the manufacturing of cars and steel products seeing steep falls and construction also declining," ONS statistician Rob Kent-Smith said.

And only last week, Reuters pointed out that “the BoE chopped its forecast for growth this year by 0.5 percentage points to 1.2 percent, which would be the weakest year since the 2009 recession.”

The Brits are experiencing what China, the USA, the EU and we’re experiencing — a slowdown, which obviously is one of global proportions. The IMF downgraded its global growth forecast in January for 2019 from 3.7%, which it predicted only in October, to 3.5%. And I bet we see another couple of downgrades until the year is out. The IMF doesn’t have the greatest economic crystal ball but that said, there aren’t many reliable economic crystal balls out there!

In the Old Dart, they’re blaming Donald Trump and Brexit. Economic growth in the final quarter of 2018 fell to a quarterly rate of 0.2% from 0.6% in the previous quarter. Our September quarterly number was 0.3% but the experts were expecting a 0.6% result.

This is Reuters again on the way forward for the Brits: “For 2018 as a whole, growth dropped to its lowest since 2012 at 1.4 percent, down from 1.8 percent in 2017. Exports suffered from global weakness and consumers and businesses grew increasingly concerned about the lack of a plan for when Britain is due to leave the European Union on March 29.”

The Poms are expecting 1.2% economic growth in 2019, which would be the weakest since the 2009 recession and economists believe Brexit is frustrating business and consumer confidence and is holding back investment, which uncertainty can do. There are only seven weeks before the UK leaves the EU — Brexit— and the Parliament still hasn’t nutted out a deal with the Europeans.

Over in the USA, Donald Trump used democracy to give the majority, who voted in America’s confusing electoral system, a new world of protectionism. Economists had always taught us that freer trade would benefit all traders. Growth-wise that has been proven. Paul Keating embarked on a tear down the trade barriers in the late 1980s and, if by fluke, the Oz economy has grown for 28 years without a recession. Sure, other developments and other reforms helped this world record growth story but if you deny the role of freer trade in this story, then you’re an economic nincompoop. Sorry!

It’s no surprise that Reuters links the UK problems to Brexit and equally, they connect the dots and lead to Donald Trump’s redefining of the USA’s trade relationships with China, the EU, Canada, Mexico and so on. The more free the trade, the more connected we are economically and the global slowdown we’re experiencing is inextricably connected to the new trade world we live in.

My second encounter that made me ponder the annoyance of democracy and the economy, comes from those who wonder why we can’t grow fast enough to see a rise in inflation, which brings higher interest rates and more normal economies?

These people yearning for the old, pre-GFC world of economics are in denial. They don’t see that their economic world has changed. Taxis face Uber. Hotels fight with Airbnb. Department stores have Amazon and the overall Internet to contend with. And white collar service people are now competing with rivals in Asia, who do bookkeeping, accounting and computer work at desperately lower rates of pay!

Few businesses have pricing power like they used to and that explains why inflation is not kicking in. And also, we dodged a Great Depression with the GFC, which meant the world economy has been flooded with money, delivering low interest rates.

What we see now, and don’t like, is us living through the adjustment process of not seeing dole queues longer than the retail lines outside of Zara on Saturday mornings!

Living in a democracy we have a right to whinge but squealing about the RBA not raising interest rates, or wondering why they might have to cut rates as the global economy slows down, shows that you don’t understand that the economic world we live in is different. Some of this difference has come from people interference via democracy, such as Trump’s trade plays and Brexit.

However, some of this difference has come from a democratic world welcoming a digitally disruptive age, which sees us buy stuff from overseas that used to be bought at Myer and David Jones. As consumers, we chose to embrace the Internet and it hurt a lot of local businesses. And these businesses now find it hard to pay higher wages and many of us, in this democracy, aren’t happy about that.

In an older democracy, we got good pay rises but we also saw 18% home loan interest rates! Progress and changes — both good and bad — often driven by democracy, comes with a price.