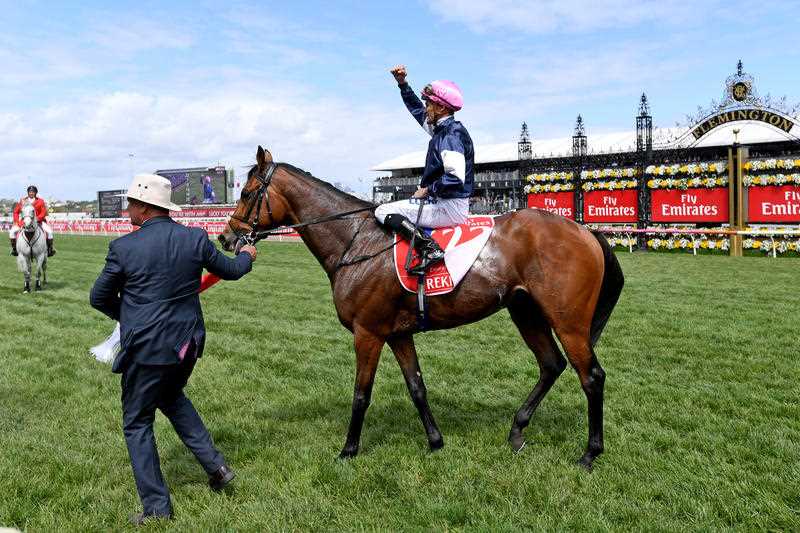 If our dollar can fall to say 70 US cents, then the Reserve Bank would definitely be right about how strong our economy will be in 2018 and this ‘little’ currency slip would trigger a lot of good stuff!

If you like, you could see it like this: a dollar depreciation will mean a rekindling of a stronger economy and we’ll be off to the races.

And, unlike the Melbourne Cup, a whole lot of us will pick up a nice dividend. To be more precise, businesses will see more profits, the jobless will find work, wage earners will get better pay rises and even the government’s Budget deficit will fall.

If only the races could be so rewarding!

Last night I had a panel of two relatively negative economists compared to the Reserve Bank. One was Capital Economics’ Paul Dales and the other was BIS Oxford Economics’ Sarah Hunter.

Both of them have economic growth forecasts under 3%, while the RBA, Treasury and increasingly more economists are becoming 3% plus predictors. I like this trend of relative pessimists becoming relative optimists as I want the Aussie economy to go to the ‘races’, despite the fact it would mean interest rates could rise on Cup Day next year and that might not even be the first rise for 2018.

In case you missed it, CommSec’s Craig James looked at what has happened to the economy since the last RBA meeting a month ago. It makes good reading and here it is:

I could add other pluses, such as building approvals in trend terms, up for the eighth straight month and business profitability at a 9½-year high! I could go on but I think I’ve laid it on thick enough.

The general tenor of these developments would make the RBA happy with its call and it looks like the stock market is starting to become a true believer, with the S&P/ASX 200 Index cracking the 6000 level for the first time since the GFC way back in early 2008!

Over the next three months we’ll get a whole pile of economic revelations from data such as the September quarter economic growth reading to developments such as Donald Trump’s possible tax changes. And a stock market historically tries to guess the future six months ahead, so the past few weeks, which have seen stocks go from 5651 to 6011 — a 6.3% rise in since October 4 — is pretty good omen.

I’m a great believer in the old saying that where there’s smoke there’s fire and the Oz economy is getting hot, hot, hot. But like a frog in a gradually heated pot, some economists are feeling it getting warmer!