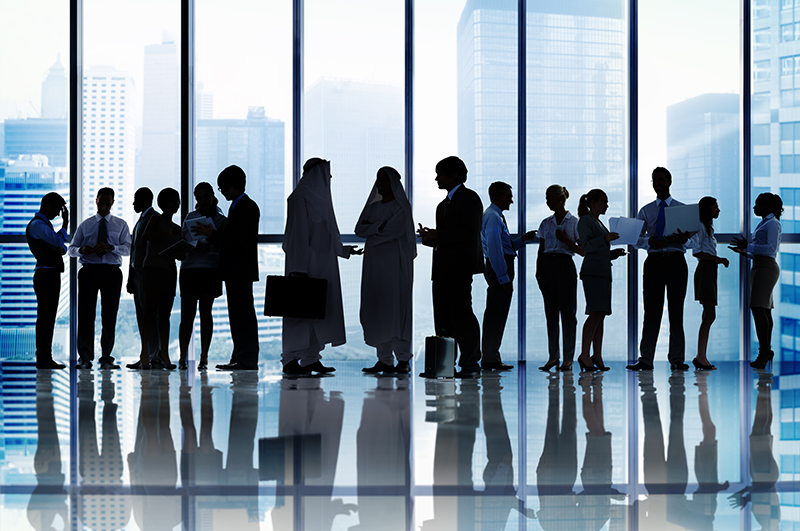 As mortgage brokers have discovered, the great result from the Hayne Royal Commission is not all of Ken’s recommendations, it’s the fact that business is starting to think about how they act in pursuit of profits. Watching the behaviour of financial sector leaders in coming years should reflect the consequences of the greatest truth session imaginable that Justice Hayne oversaw.

Today’s AFR talks to a number of CEOs and former chairs, who talk about how businesses and their leaders can get their mojo back. And some good ideas have been put forward.

Tim Reed, who I know pretty well and has successfully kept MYOB competitive against the huge challenge of Xero, thinks bosses need to think about good and bad profits. And yep, plenty of participants in the advice industry needed to be forced to make an evaluation of how they made money and whether it was fair.

But on the flipside, someone in Government from both major parties, who ultimately lead us from Canberra, needs to roll up their sleeves and seriously get embedded into the business sector.

Only by doing that can the public sector actually help businesses get their mojo back. I’ll return to this in a moment but another way to bolster business’s positivity and success is for business to get more in touch with their customers.

Boosting a business’s Net Promoter Score, which measures what customers (be they consumers or businesses or any entity that works with an organisation) says about the business is important for business leaders to think about. And the AFR pointed to the likes of Qantas and Alan Joyce when he added his and his company’s support to the same-sex marriage campaign.

Before Joyce, Qantas under Geoff Dixon was a huge supporter of indigenous causes. Most of us can recall the Qantas plane that was painted by aboriginal artist, John Moriarty and his Balarinji design business.

That said, Alan didn’t always hit the right note at the airline, with his early actions leading to a lot of anger amongst staff, which culminated in him pulling the planes out of the sky on Derby Day, leaving many of his valued customers stranded in Melbourne!

Around that time, the Qantas share price slipped below $1 and reflected the internal cultural issues inside the company. Today it’s $5.61, implying things have changed for the better.

Earlier this week on my Money Talks TV programme, I interviewed John Tringale from a US fund manager called WCM, who has constructed an investment process where evaluating the quality of a company’s culture is an important determinant, among others, in working out if they’ll invest in a company!

John said some time ago they dropped Facebook from their portfolio but on the flipside started buying a Canadian challenger to Amazon called Shopify on the basis that it has a really admirable culture, which is translating into good business performances.

I have to say that my company proudly has links to WCM’s locally listed exchange traded fund with the ticker code  WCMQ, that gets to use the investment approach of the US team at WCM.

And while it seems to be a nice idea to invest on the good culture of a company, the results of WCM show that it hasn’t hurt its performance. 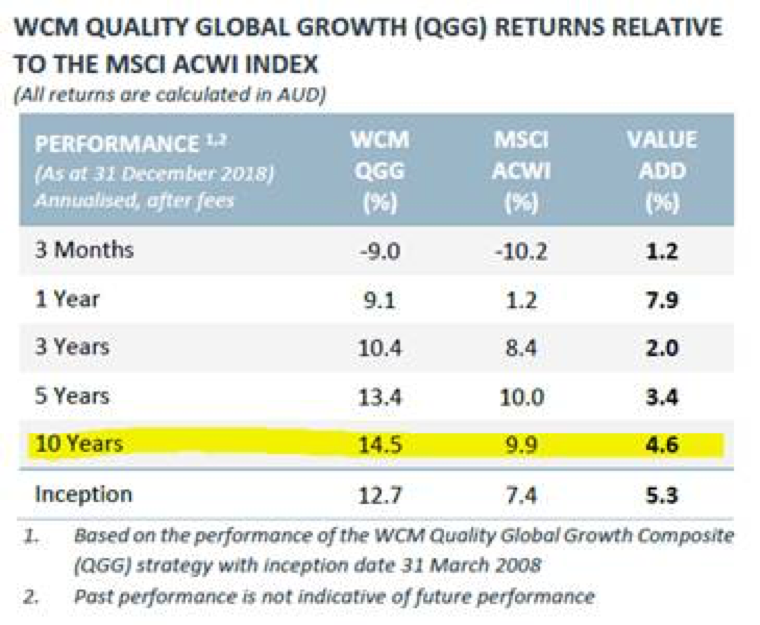 The only numbers in the above table that aren’t great are when the US market lost nearly 20% over the December quarter. But even then WCM did better than the MSCI benchmark shown in the third column above.

Their one-, three-, five-, 10-year and “since inception” results suggest that culture has a big impact on what a company achieves.

OK, let’s assume I’m right, that a good culture company will be good for consumers, employees, profits and share prices. So who’s going to champion the proliferation of better businesses and business leaders?

Of course, it has to be governments of today and tomorrow. The Royal Commission proved to be a good idea and even though Bill Shorten is becoming annoying bagging the PM for opposing the Royal Commission, he was right to push for it. He got it right but he must remember when he was Minister for Financial Services and Superannuation, he wasn’t forcing through the changes that were clearly needed.

To Labor’s credit, they did make financial planners lift their game with its Future of Financial Advice (or FOFA) but as the Royal Commission showed, a lot of bad stuff remained.

In my lifetime, not enough Ministers really got embedded into the business sector and really tried to influence it. Senator John Button did in the Hawke Government, Labor’s Bernie Ripoll did with FOFA and Bruce Bilson under Tony Abbott was arguably the best Small Business Minister — but he was jettisoned when Malcolm Turnbull needed numbers.

Gutless or dumb politicians are problems that have prevailed for too long. I remember doing a speech on the Gold Coast, where a young Finance Minister called Joe Hockey was on stage before me. He wanted to reform insurance broking and he was booed off stage!

(That made my speech easy, as the audience was dying for a change of subject!)

Business and their leaders need leadership too and it has to come from our elected leaders.

Abuse of consumers exists in all industries and correcting it is the job of government. And if employers are being screwed by a silly situation where employees use the Fair Work Commission to blackmail employers for unfair settlements, even when the employee is a thief, a misogynist, a racist, a sexual harasser or any other disgusting person, the boss carries the can!

And some bad employees who get wind of the fact that they might get sacked, go on stress leave, which nearly makes it impossible to get rid of them.

Until we have intelligent and gutsy politicians, who can appeal to a parliament where fairness and good sense prevail, we will have to pay for expensive Royal Commissions to tell us what we already know.

All this shows we have a national culture problem. And only a great leader or two will change that!