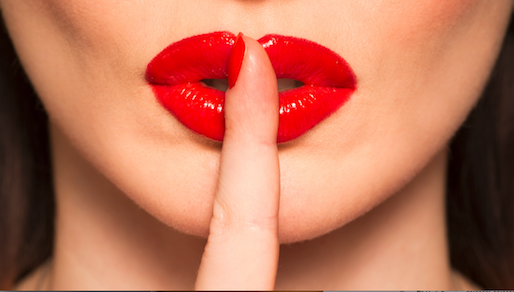 If anyone can make super sexy, Switzer can. Read this and watch your wealth grow

The media interest in the Productivity Commission review of our super funds proves that we, the people, really want super to be sexy. But it either isn’t, or the people who we might call “super-men” have robbed this great money spinner of the sexiness it deserves!

Women, who have been ignored by super until recent times, can’t be held responsible for super’s lame, tame tag. No, this is a blokes’ balls up. And I blame actuaries, politicians and big end of town financial businesses.

The latter have failed marketing 101 and have allowed the likes of Steve Larson to create cartoons such as the one that shows a dinner party of bored dogs and cats, where the caption reads: “Everyone was having a good time until Sally brought up the subject of superannuation!”

Yesterday I was asked by 2GB’s Chris Smith to come into the studio to answer callers’ questions. After we chatted for a while, the switchboard lit up with questions. It showed that Aussies do want to talk about super and would love it to be as sexy as their footie teams, Barnaby’s baby balls up story and Harry and Meghan. But the super-men have made it boring with stupid, changing rules, boring and complicated terminology and generally anti-consumer key info, which has made super a super turnoff!

And how dumb is that, with many super funds set to be as valuable, or even more valuable, than many people’s homes.

I worked on an 8% return per annum and, using the rule of 72, I divided 8% into 72 and got the answer 9, which says his money will double every nine years.

How sexy is that?

And when he retires, if he has a house and a huge super nest egg that could top $2 million or more, he’ll be able to go to restaurants, have regular trips overseas, go to Wimbledon, Wembley, Venice or La Scala in Milan.

That sounds like a sexy retirement life, doesn’t it?

And then there’s the unbelievable security super can give women, provided people like me can make super sexy to the young ladies of Australia.

Money slipped into super by young women as early as possible could prove a fantastic lifebuoy, if the lover boy of their young life grows into a middle-aged dud.

I’ve often argued to doting dads that their best way to protect their daughters from bounders who become sods of son-in-laws, is to help them build up their super in the early days of their lives in employment.

Super, done right and done early, can be one hell of a great and sexy part of life. It really deserves to be on a pedestal alongside our beloved homes/castles!

Look at these top super funds and then compare them against your funds on returns over time and on fees/costs.

Others such as Rest and Sunsuper have also been super, super funds and should always be looked at along with the 10 above.

And probably the sexiest aspect of super is that this wealth creation happens without any real effort from you. Your boss does the heavy lifting and all you have to do is select a good performing and relatively low cost fund.

As I told Chris, if your super costs are over 1%, then your fund better be shooting the lights out with double-digit returns.

One of the hottest media stories is about what houses in your suburb are worth. It’s time stories about the hottest super funds become as equally sexy as property.

These changes to super that might come out of the boring-sounding Productivity Commission could actually help make super super-sexy.