I want the greatest drug on the planet!

I’ve never thought being a drug addict is the secret of success but media medico and cardiologist Dr. Ross Walker thinks that the greatest drug on the planet is happiness, so I’m going public with my admission that I want to become addicted to that drug.

So many people think success will bring happiness and quotes such as this one from actress Ingrid Bergman: "Success is getting what you want; happiness is wanting what you get" reinforces that message.

But the experts on the link between success and happiness argue forcefully that if you manage to get happy, then success is likely to show up. It’s nearly a precondition to change a failed life story to a successful one but that’s not to say that unhappy people can’t also be successful, though I reckon it’s harder.

I’d bet when a singer or musician acquires the skills to be an elite performer they have happily practised both loving the progress of skill and the calibre of the sounds that they created.

It would have reinforced their sense of self-worth, made them proud when praise followed and they would have enjoyed the journey.

However, when they became a success, which I argue came from happy circumstances, it could have all turned to unhappiness because of the mad, manic media world they have to live in.

Success could continue but it would be a residual of the time when they were happy and, over time, the unhappiness of success often explains the drug addictions, career failures and deaths that often follow.

As I write this, my wife Maureen and her friend Freya are cackling like a pair of kookaburras downstairs and though they are distracting, it seems so timely, as I admit that I’m looking for a dealer to sell me the greatest drug on the planet — happiness. 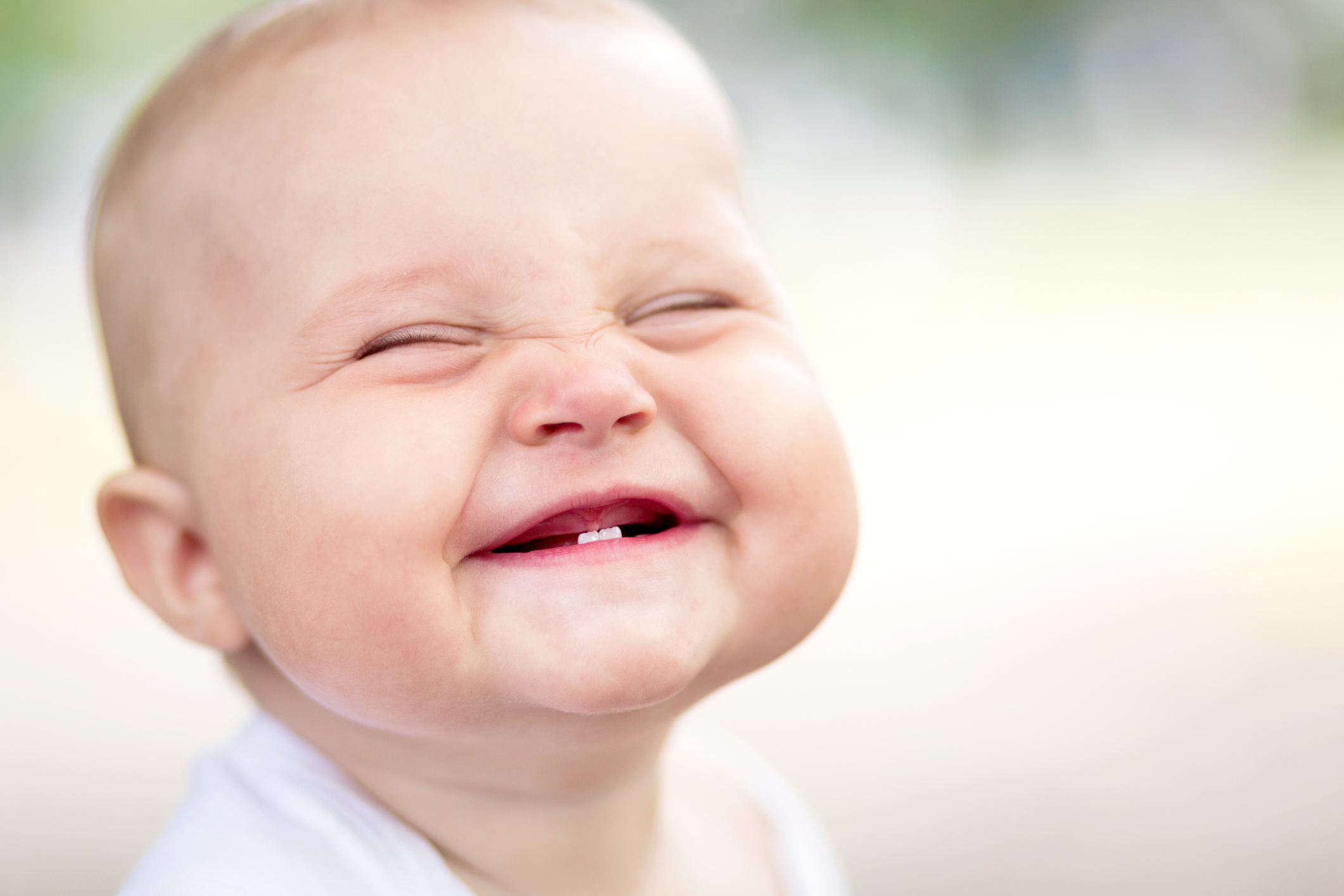 We all deserve to be in the mad state of happiness that Maureen and Freya have been in. My wife is so often in this zone but how can happiness be found, kept and grown?

Believe it or not but one of the world’s greatest homes of education and learning — Harvard — has maintained the longest ever study into happiness!

Robert Waldinger is the current director of this study, which has been going on for 75 years. Over this time they have tracked the lives of 724 men, continually asking them about their lives. About 60 of them are still alive and are in their 90s, still participating in the study! And about 2000 children of these men are under the study’s microscope and Robert is the fourth director.

Two groups of men were studied — one from Harvard, while the second group were boys from Boston’s poorest neighbourhoods. The subjects became bricklayers, criminals, lawyers, teachers and one even became the President of the USA!

And about 10 years ago, the wives and partners of the group were asked to join the surveys and interviews that the study conducts. Many of the women commented: “It’s about time!”

In his TED Talk, a chief conclusion Robert made was that “the clearest message from this 75-year study is good relationships keep us happier and healthier.”

The three big lessons were:

• People who are more socially connected to family, friends and community are happier, healthier and live longer. “Loneliness is toxic,” he said. Lives are shorter and brains are negatively affected.

• It’s the quality of relationships that is critically important and living in situations with high levels of conflicts is bad for your health. Happiness at age 50 was a better predictor of whether someone would make 80 than cholesterol levels!

• Good relationships were not only good for their bodies but also their brains. Waldinger didn’t say these people with good relationships did not bicker but he said they could still love each other, despite their feistiness on some subjects.

The study also showed the people who were happy in retirement were the ones who replaced workmates with new ‘playmates’ in their post-work activities. They were open to new people, new experiences and so on.

Recently I’ve been watching a great US TV program called Silicon Valley. This is one of the wealthiest regions in the USA, where the median family income in Palo Alto is greater than $160,000/year (the third highest in the nation). Median home value is upwards of $1.5 million. And these were 2012 stats!

Psychiatrist Adam Strassberg, who is a ‘shrink’ in the home of US geeks, writing for Psychology Today said: “Everyday a parade of stressed-out “middle class” multimillionaires marches through my office, on the hour, by the hour. I know far more about AMT (alternative minimum tax), series-A-funding, angel investing and bankruptcy than any mental health provider ever should have to endure. I am indeed a “Silicon Valley” psychiatrist.”

These people have it all, well, not completely, as Strassberg thinks happiness is in shorter supply than it needs to be.

“Over the decades - as both a psychiatrist practicing in Silicon Valley and a civilian living here locally - I have witnessed so much success and yet so little happiness. In our valley of material riches and natural beauty, the two are regrettably too often in opposition.”

He reckons success is easier to define and he runs with goal achievement and the social status elevation that comes with the former.

However, happiness definitions can lead to unhappy arguments between experts on happiness but Strassberg’s is pretty good. “I consider it to be a sustained emotional state of being in which positive thoughts and body sensations are coupled together,” he tells us.

He says doctors Bob Murray and Alicia Fortinberry in their book Creating Optimism and website made this thinking pretty popular. They note many stark mismatches between our modern society and the hunter-gatherer societies in which our species first evolved and Strassberg reproduced many of them: 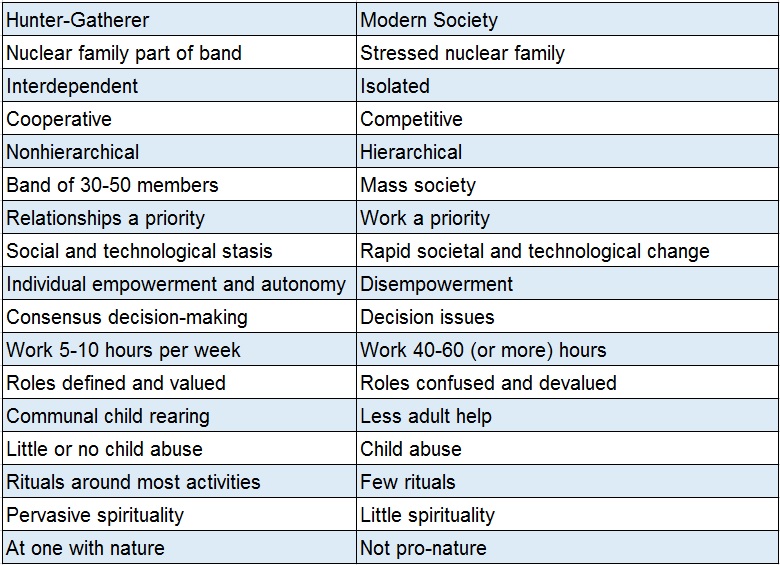 This is how Strassberg uses this info:

“Over the years, much of my clinical work with distressed Silicon Valley denizens has been as simple as sharing the table above,” he explains. “I analyze their lives with them in the above rows and help them to move as many factors as feasible in their lives from the right column towards the left column. The phenomenon of greater happiness inevitably follows.”

Drs. Murray and Fortinberry isolate eight fundamentals of happiness: (1) Connection to others, (2) Autonomy, (3) Self-esteem, (4) Competence, (5) Purpose, (6) Connection to the body, (7) Connection to nature, and (8) Spirituality.

“I sell these eight fundamentals to all my patients, though rarely do they come to me initially looking to buy them,” Strassberg tells us. “They usually would prefer to purchase more success. I warn them all that ‘I am in the happiness business, not the success business’, and that ‘the two are more and more in opposition in this valley’, and finally that ‘you will get what you pay for’. I sell the eight fundamentals of happiness to all who knock on my door. They soon leave my office satisfied customers, less depressed, less anxious, on a path towards far less success, but paradoxically far happier than ever imaginable.”

The great US football coach, Vince Lombardi, told us: “The quality of a person's life is in direct proportion to their commitment to excellence, regardless of their chosen field of endeavor.”

When she’s not telling me funny stories or great jokes, my wife often sends me some words to think about. This is what I received last week, written by Marcellus Aurelius who was Emperor of Rome way back in the second century: “Very little is needed to make a happy life. It is all within yourself, in your way of thinking.”

I reckon anyone who want success should make a commitment to excellence in the field of happiness and they could wind up addicted to the stuff.