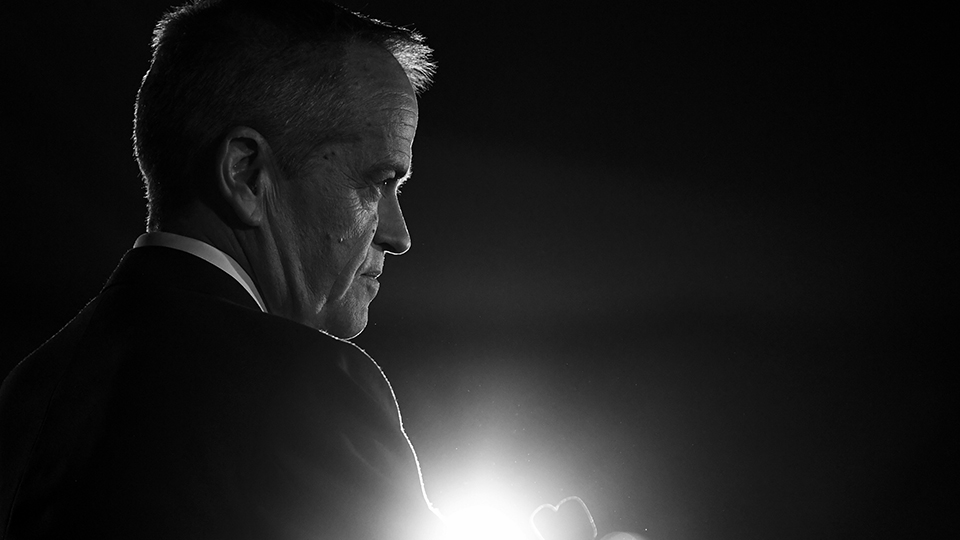 I miss Bill Shorten for the right reasons

Don’t get me wrong, this isn’t a cynical backhander, but I miss Bill Shorten. Unlike others who adopted a “don’t trust that so and so” attitude, Bill gave it his best shot and taught us all, except Wayne Swan, that Labor’s policies were not what the country wanted.

I refuse to believe it was Bill’s personality that was the crunch issue and for the new President of the ALP, Swannie, to argue that Labor should stick to its election polices, just shows how out of touch he is.

Before he came up with his unbuyable suite of policies, I didn’t mind Bill. When I was a long-serving commentator for The Australian newspaper, he once told his wife Chloe that: “Switzer is his own man.” I guess he was suggesting that I wasn’t under anyone’s influence, which was pretty well right, except for my wife Maureen!

And I have to say Bill Shorten stories that we ran pre-election really brought in some huge readership/download numbers! Did I say I miss Bill?

Changes to negative gearing, the capital gains tax discount, franking credits for retirees and proposals to boost pay-packets via what was called “the living wage” proposal didn’t help him sell Labor to investors, self-funded retirees and small business.

He also ignored a penny-dropping revelation that his housing policies would help make houses more affordable but that, by definition, told us that our home prices would be on the slide.

Everyone likes the idea of being known for being generous but most of us don’t want to actually lose a lot of our money to gain that tag!

Paul Keating once told us that if you go to the races and see a horse called “Vested Interest”, back it because you know it’s trying!

Bill’s failure to become PM, when most of us thought he was a shoo-in, underlines how unwise it is to trust that you know your audience, your customer base or pre-election pollsters.

In my game, I can see what my audience likes or dislikes. I cop it through readership numbers, Twitter feedback and I have a feisty team who’ll tell me what I sometimes would prefer not to hear as a human being. Apart from being a person, I’m also a businessperson and listening to your customer is critical.

Sure, I can’t wimp it out and just write what my readership wants and I could be wrong but I’ve always assumed that my readers, listeners, viewers, subscribers and clients want me to tell it as I see it.

That said, I’ve learnt to be more sensitive to minority groups, less brash — yes, I was worse once upon a time! — and I am regularly being schooled in the ever-changing nuances around political correctness.

I know I’m a slow learner but I really don’t want to offend because my main goal is to help educate, using the stuff I know and have come to know in my near 24/7 surveillance of business, finance, political and money-making information from a myriad of sources.

Everyone who lived through the Bill Shorten experience should take it as an opportunity to learn from failure. Bill had the best of intentions, when it comes to what he thought was his constituency, but he failed to fully understand the collective Australian psyche.

People like the Greens and their key spokespeople — Adam Bandt and Richard Di Natale — are well-meaning people but they talk to a minority that the majority, at least for the moment, doesn’t see eye-to-eye with.

My hope is that our new PM, Scott Morrison and his opposite number, Anthony Alabanese, really rise to the occasion and become the leaders this place really needs. No one should underestimate the importance of leadership.

We’ve had a revolving door of prime ministers and while it has been embarrassing, it says something about the calibre of the leaders who have followed John Howard, Bob Hawke and Paul Keating who ran before them.

Their successors did not and became refuse in Australia’s political dustbin!

So in many ways, Scott Morrison should note Edward’s advice and think outside the square, like he did when he kept telling himself and anyone who’d listen to him that he would win the election.

That said, Bill did help him by running with policies that were actually outside the square, but they were not based on a good knowledge of who we are as a collective group of Aussies.

I admired Bill’s guts but not all of his policies.

Winning us over is easier said than done, as Kevin Rudd, Julia Gillard, Tony Abbott, Malcolm Turnbull and Bill Shorten have found out. But listening to us rather than smaller special interests outfits like trade unions, Greenies and business groups might be the lateral thinking Scott might have to use to avoid the now infamous revolving prime ministerial door!