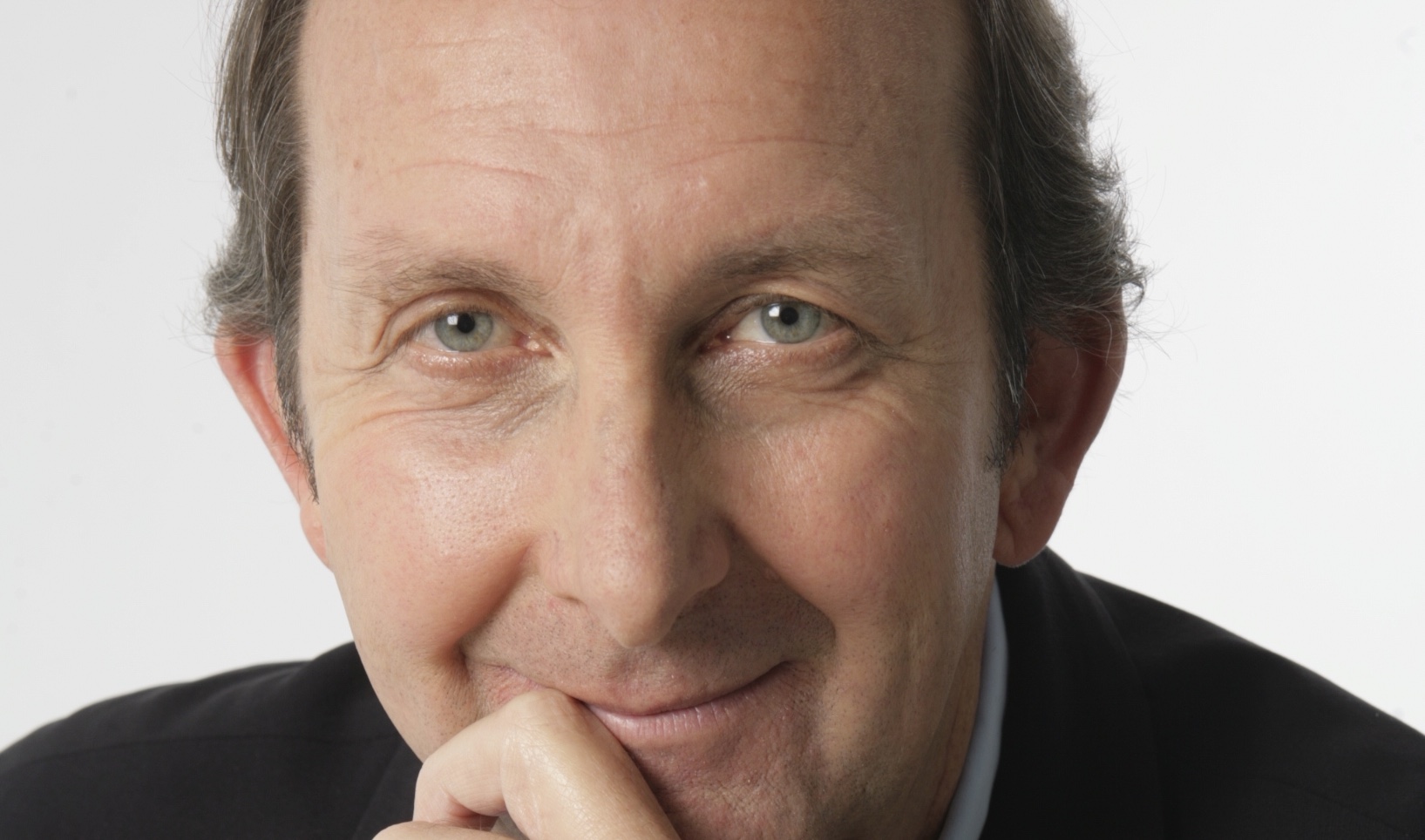 I could've died but my plan saved me!

I know this might be a mite too personal but I reckon my recent near death experience is not only a health lesson I need to share with my followers but is a wealth one as well. Last Tuesday week, I had a triple by-pass performed by a ‘miracle worker’ surgeon called Dr Paul Janz but why I was on the operating table in the first place was because of another doctor, my old mate and cardiologist, Dr. Ross Walker!

Years ago when I introduced Ross every six weeks to my TV audience on my Sky News Business channel program — SWITZER — I always joked that there’s no point in my viewers building their wealth if they don’t last long enough to enjoy it. There was also a bit of “I don’t want to lose valuable watchers in the age of ratings” in it as well. But the irony is that Dr. Walker’s big SWITZER saving was me!

This was a guy who was on zero pills, apart from vitamins and the odd Panadol, though I gave the old red wine too much attention. Like a lot of men, I thought I was pretty indestructible. We can be dopes, can’t we?

Ross and his wife Anne are close friends of Maureen and me and over the past year, Ross had been ‘pestering’ me to come over for a check-up, which of course is what we call his video piece in our Weekend Switzer offering that you are reading right now.

And while I wanted to submit to a friend’s wise warnings about the consequences of not knowing what was going on inside my old arteries and heart, the whole ‘building the business thing’ and trying to be a good family guy, (though a slightly better one than Peter Griffin of the TV satire Family Guy!), really ate up my time.

Enter another couple of friends, who inadvertently helped me on to the operating table at St. Vincent’s in Sydney 10 days ago. Over the past few years, we had met up with a Milanese couple, who were in Sydney for work purposes. When we spent a few days with Ludovica and Davide in Milan while in Italy this year, they recommended we stay at a seaside town called Camogli, instead of any other tourist town in the famous Cinque Terra region in Italy.

This fishing village is close to the mecca for the rich and famous in northern Italy — Portofino — so it’s close to all the great things about this neck of the world but it’s miles more enjoyable.

However, there was a mountainous challenge that existed with this tourist stay and that was the inevitable walk Maureen and I had to take on from Camogli to Portofino. And ironically it was the road least travelled and it made a hell of a difference.

Taking off at about 8am, we were heading for Portofino about 15 kilometres away. That would be ideal for lunch and then, like the mad couple we are, the plan was to trek back to Camogli for an afternoon swim and a big meal at a wonderful restaurant, positioned like Bondi Icebergs, but overlooking the Mediterranean rather than the breakers of one of the world’s most famous beaches.

It was a great plan but its revelation was not to be expected by me. The climb out of Camogli was about an hour of very steep steps up and as we walk at about a 5km pace uphill, you can understand why this was a real workout!

By the time we reached the summit, I noticed Maureen was still powering in her inimitable style on but I was a bit short of breath, which was unusual for me. That day we walked 34 kilometres — yes, I made it to Portofino and back — and I know this because my iPhone’s app tells me how far we go every day.

Now you might be saying, as many of my friends have said, after a climb like that you should have been short of breath. Now that’s true for a normal person but Maureen and I are odd — we run and walk a lot and go looking for steep hills, even mountains — so this was a body sign I couldn’t ignore.

Rethinking what we’d done and how I felt at day’s end, I gave myself a good talking to and resolved to capitulate to Ross’s demands to have a check up. However, man’s enduring belief in his indestructibility and his willingness to prioritize the wrong things meant that I waited until early October to see what’s what!

Once in Ross’s office he gleefully outlined what he wanted me to do. First it was a scan to check my calcium score, which rates the hardening of your arteries. Next we did an ECG to see how the heart was behaving. It was out of rhythm — they call it atrial fibrillation — so I asked myself: “Why did I have that double shot coffee before getting my heart checked?” Stupid male.

Then Ross got me on the walking machine for a test that increases the difficulty of the walk while they watched my heart on a screen via ultra-sound. Technology and the medical fraternity are unbelievable!

Of course, being a pretty fit show-off, I completed the walking test to the highest level, showing I was fit but rather than being all smiles, Ross looked a little worried.

He pointed to my heart and said, basically, these three parts of the heart are pumping normally but one quarter was kind of quivering rather than pumping.

Indestructible Pete was feeling like Superman in the company of kryptonite.

Ross said the blood supply to that section of the heart was too slow so we needed an angiogram to get a full picture of Pete’s pipes.

A couple of days later in hospital, the plan was to find the blockage and then possibly slip in some ‘sleeves’ called stents and potential strokes and heart attacks would be a thing of the past. Super Peter would be reborn, but not so fast.

The angiogram showed that I had an 80% blockage in the left anterior descending artery, which goes by the cute little nickname — the widow maker!

With this little gremlin, you can keel over without warning and it means it’s curtains. Maureen was told that I might have been lucky to see Christmas! Not a Christmas message anyone wants to hear.

I ended up having a triple by-pass and that’s because guys like Paul Janz, after they cut your sternum down the middle and deflate your lungs, do every repair job possible to send you out miles better than when you come in. Bless their souls.

Happily I’m recovering well and hope to be fully back in the saddle in a few weeks’ time. As you can see, I am writing and I did 50 minutes of radio on my phone late this week so rest I will but it’s hard to slow down.

Being the optimist you might know I am (my old Triple M news director, David White calls me The Big O) I have canvassed the proposition that if you look at what I have achieved with only 20% blood flow to my heart, what can be achieved with the full 100% I enjoy today!

By the way, there was one plus from this well-timed brush with the widow maker and that was I avoided a heart attack, which means my heart is still in good shape and would be lapping up the increased blood flow, post-op. Who said I was an optimist?

So what’s the lesson? Clearly, blokes in particular (because we are deluded about our indestructibility) need to have a cardio-check. Of course, women should too and while I think women eat better than men (they choose salad, we choose fries) Ross explained I fall

into a one in five Aussie group who have something called lipoprotein (a). This means you could live on salads but still have a high total cholesterol level, which thickens the walls of your arteries and leaves you exposed to heart attacks and strokes.

Ross jokes: “Blame your relatives, they left you crappy genes!”

But it’s no joke really. My Dad died at 52 and I guess I’m lucky that my wife has always had good eating and fitness at her core so I managed to keep going another 10 years. One health website put it this way: “Recent research suggests that blood levels of Lipoprotein(a) or Lp(a) may be an important marker for the risk developing of heart disease. However, measurements of Lp(a) are not widely available and are seldom used in routine clinical practice.” That needs to change. For years, I wanted to save you from wealth mistakes but now I want to save you from health mistakes. If you don’t want to go the full Monty and go to a cardiologist, I reckon a simple blood test might be a great start to see if your family let you down — genes-wise.

I’d also get a calcium score done as well to check out how hard your arteries are. And if you think yourself indestructible and you will pass on my suggestion, it might be worth doing for your kid’s sake and their kids, as that damn Lp(a) could be lurking inside all of your bodies!

So, what was the parallel wealth/health lesson from my victory over the widow maker? Well, I always argue that to build wealth you need to know the stuff the average Aussie does not understand. It’s called competitive advantage and you can teach yourself a lot but, if you are too busy, sometimes it’s great to have a trustworthy accountant, financial planner, lawyer or broker to help you make the best money decisions.

I’ve always been lucky to have Maureen who has questioned the silliness of male indestructibility so I’ve eaten better than most blokes, which, given my hitherto unknown Lp(a) issue, looks like it has helped me not to have a 100% blockage and untimely ending! 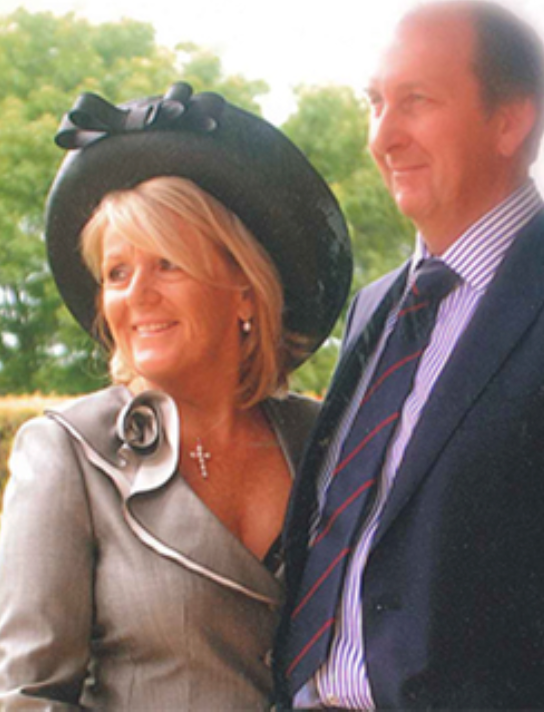 Then throw in Ross Walker and it shows you the value of keeping good company, who can show you things that make you see more.

When I interviewed Dr. Fiona Wood, the Australian of The Year in 2005, I asked how a great medical researcher than helped the burns victims of the Bali bombing could have headed up a listed company linked to her scientific discoveries. She quickly replied: “As Sir Isaac Newton once said: ‘If I have seen further it has been upon the shoulders of giants’.”

We all need giants like my wife and Ross Walker in our lives in just about every important life endeavour. And these key people weren’t accidents — they were a part of my plan (which I didn’t know I had) but it clearly was based on an innate or genetic desire to collect great people around me. And that partly explains my competitive advantage and success.

I have to say, that I’m not usually so schmaltzy but this whole experience makes me know that I’ve been blessed with great company and I wish the same for all of you. I guess hanging out with me on the weekends is an OK start.