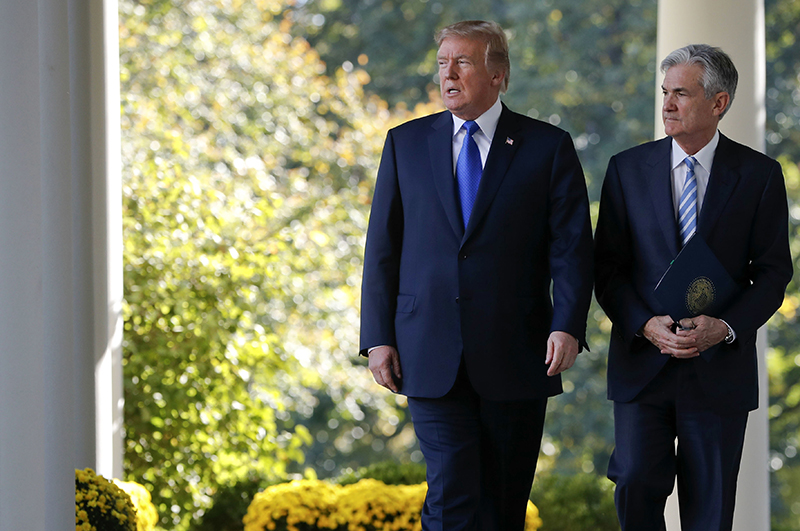 How worried should we be about this stock market sell off?

There’s just one hip-pocket question I have to address this morning and it’s: “Should we be worried about this stock market sell off?” And the second question that follows from the first is: “How worried?”

Ahead of the close, Wall Street was positive and tech stocks were being bought but there’s not enough evidence to say the worst is over. But by tomorrow morning, I might have a better handle on that subject.

On the first question, the greatest concern would be if this current stock market correction, which is a stock market index fall of more than 10% but less than 20%, becomes bigger. After 20%, we start ‘crash-talk’ and that’s when I worry about the R-word, for recession! When that’s a possibility, you then worry about bankruptcies, unemployment and falling asset prices — stocks, property, etc.

And the best way for the Armageddon army on property prices to be right for Australia would be if we see a US recession that would really crash Wall Street and could easily spread to us in Australia. Right now, a lot of our good economic growth comes from a healthy global economy but a part of this stock market sell off is linked to lowered economic forecasts for US and global growth!

Right now, I’m not backing this worst-case scenario because I think US growth will go from great, around 3%, to mid-2% growth, which is good. The same applies to the potential global growth story, where better-than-expected growth becomes OK growth.

That said, there’s a lot of geo-political mess out there that could slow down economic growth worldwide, including Brexit, Italy and its budget problems with the European Union, yellow vest protestors in France and then there’s the refugee problem, which is becoming an economic problem.

On top of these challenges for economies that then affect profits, which then affect share prices of the affected companies, is the China slowdown. China is still growing over 6% but it’s low 6s rather than the expected high 6s. And some experts think it will drop into the 5s next year. One day, as it gets a bigger and more sophisticated economy, China will drop to the growth rates of 2-4%, which the likes of the US, Australia and others grow at. But that’s still some time off.

On China, I don’t think they will drop like a stone growth-wise because a Communist country that borrows from itself can do a lot to keep growth coming.

As you can see, there’s reason to worry but on the second question of “how worried”, I say that if two men don’t screw up, then this sell off can become a buying opportunity. And mind you, just about every smart market player I know thinks this sell off won’t turn into a crash and stocks will resume growth in 2019.

The first man is Jerome Powell, who is the Fed chairman. His central bank decides on US interest rates tomorrow morning and 98% of economists surveyed by CNBC say there will be a hike! This is at odds with what President Donald Trump wants and he’s tweeting to try and muscle Powell out of a rate rise!

Personally, I think he’s right and a rate rise is unnecessary, if you believe the slower US economy forecasts that have come out recently. However, if there is no rise tomorrow, what Powell says will send stocks up or down — it’s going to be a market-maker or breaker statement!

And if, as expected, he pushes rates up but says the US will grow well but not great next year, then stocks could easily start their march up again. Not long ago, economists expected three rate rises next year in the States but now they’re pulling back to one to two hikes, which reflects the view that the US economy will be good rather than great next year.

He needs to show the market that a deal will be had with China because any more threats of more tariffs will absolutely spook the stock market, crush confidence and turn a good US economy for 2019 into one that could succumb to a recession!

Trump might say and tweet silly things but he’s not a dope. He knows he won’t get re-elected in 2020 if his fingerprints are all over a stock market crash and a recession! He needs to solve his China trade war problem and with the Chinese economy slowing and its share market in bear territory, Xi Jinping needs a trade solution too.

Making our stock market more worrying is the Royal Commission’s impact on financial stocks that are about one-third of the S&P/ASX 200 index and their caning has brought our market down. We need to see what the Commission recommends and how the Government and Labor respond before bank stocks rebound, as I suspect they have been over-punished by the stock market so far.

Then we have to cope with a May election and polls can be bad for stocks as well.

In summary, I’m more worried today than I was six, four and two weeks ago. I think we’re in a buying opportunity, provided Jerome Powell and Donald Trump get their acts together.

The stock market sell off has created companies with much more attractive share prices but we need to believe that the vital economies, such as the USA and China, can be pretty strong next year. And right now, the trade war and rising interest rates are adding headwinds, stopping the economy and stocks from having plain sailing next year.