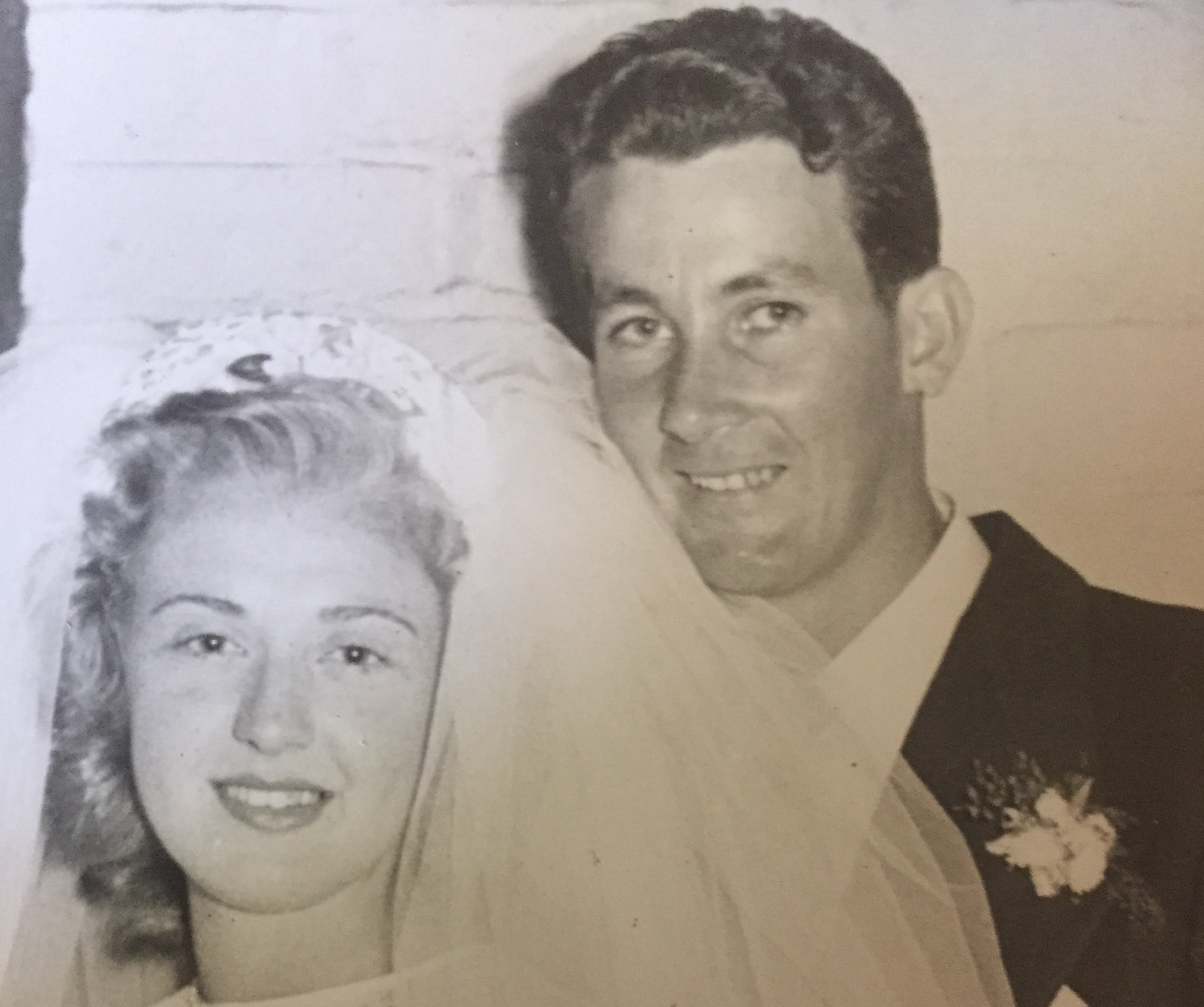 How threats to your complacent life can make you get wise before it's too late!

Someone close to me had a medical procedure this week and he told me it started making him think about what’s important in life and whether he’d shown appreciation for the key people in his life who had really made a difference to his life and success.

I was unlucky as a young man living in London (22 years of age) to learn about my Dad’s death after a heart attack. Dad (that's him in the picture) survived the attack but one day before being released from St Vincent’s Hospital here in Sydney, he had a blood clot that went to his brain and killed him!

I didn’t even know he was in hospital because he wouldn’t let my family contact my wife and me because, as he said,: “They say I’ll be OK, so let’s not worry them until I’m home.” Communication was different back then.

He was an exceptional man but his toughness did deprive me of at least talking to him on the phone before he passed away.

I was told that Dad had teary moments while in hospital. Apparently blokes who’ve had heart attacks often go to blubber. I don’t want to pretend to be a shrink but I guess a lot of men hold things in and have regrets about how they’ve lived their life when they start thinking about their own mortality, which they often don’t do. 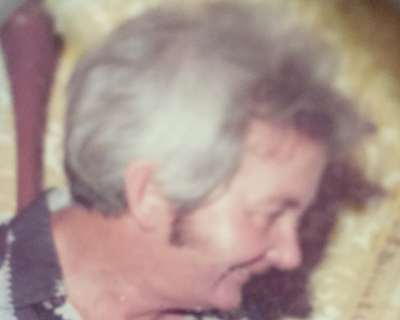 My friend’s contemplations and my Dad’s experience prompted me to reflect on the people who’ve been crucial to my success. And it follows an interview this week on TV with Adam Ferrier of the creative agency, Tinkerbell, who told us how management consultancies and even big accounting firms are taking these creative businesses in-house.

Yep, a firm like PwC has recruited Russel Howcroft, the former boss of ad agency George Patterson Y & R and the former executive GM of network TEN to show the number crunchers the important things for their business they historically have not been programmed to see.

I loved what the former Australian of the Year, Dr. Fiona Woods said to me when I asked her how a research scientist could take her creation — the plastic spray-on skin that helps burns victims, like the poor Bali bombing people — and become a CEO of a listed company?

Her answer was: “As Sir Isaac Newton said, if I have seen further, it has been upon the shoulders of giants.”

Special people in our lives invariably are special because they show us stuff that, on our own, we might miss.

Business-wise, there have been important people who saw ‘stuff’ in me that helped me make the transition from academia to the media and later to financial services.

However, before that, Dr. John Hewson and John Niland were the professors who gave me my first chance to teach at the University of New South Wales. I’ve often joked on my show to Doc Hewson that his decision to appoint me was miles more wiser than his opting for a 15% GST to win an election!

At UNSW, I was shown how the complex could be made easier to comprehend by former-Wallaby, Trevor Stegman, who was the best lecturer I’d ever seen, when it comes to economics.

Another colleague, who was a former lecturer of mine, Dr. David Clarke, was one of the smartest guys I’ve ever had to lock horns with and his aggressive pursuit of what he thought was right was both confronting and inspirational. Sometimes you need adversaries, who really become critically important allies in your own personal growth.

The first man to see my media-potential was the Daily Telegraph editor, Les Hoffman, who took my ‘hail mary’ phone call, when I called to offer the Tele help competing against the Sydney Morning Herald’s pre-HSC education guide. I offered to get some of the states’ best teachers to give their crash-course tips for the Year 12 big exam. I wrote the economics stuff, inspired by the likes of the SMH’s Ross Gittins and The Australian’s Alan Wood, as well as Clarke who was writing his Students Economics Briefs for the Australian Financial Review.

Out of that education series, I was offered a weekday column in the Tele. Next in line was David White, the then-Triple M national news director in 1987 who was another visionary who gave me an opportunity to strut my stuff in the electronic media. The ‘Mighty Whitey’ taught me how to make economics entertaining for an FM audience, which meant I learnt how to say something you’d have three minutes on ABC radio with in 30 seconds!

The great Doug Mulray, who was number one in Sydney radio with a young unknown sidekick called Andrew ‘the boy genius from indoor cricket’ Denton, taught me to be myself on radio.

He said to me that “we employed you because you know stuff most of us don’t know but you sound like one of us!”

Because I was on the number one radio station in Sydney with Doug and in Melbourne with Kevin Hillier and the D-Generation, I was invited on the top rating late night news show, Newsworld with Clive Robertson. Clive was a quirky guy but he loved the mysteries of economics and was a great listener when he interviewed me.

I was once invited by the Queensland Education Department to do a series of lectures on neuro-linguistic programming and when I asked them why, they said because we’re sure you’ve done NLP courses, given your interviewing.

Clive’s listening was a gift I now thank him for!

Others to back me were the editor and chief of the Sun-Herald, David Hickie who gave me my weekend column and then the great Paul Kelly, who was the editor of The Australian when I was head-hunted to be economic columnist and later the paper’s Small Business Editor, which was the brainwave of the current AFR editor, Michael Stutchbury.

This huge media exposure led to my introduction to business speaking, which I still do today and it was Melbourne speaking bureau founder, Barry Markoff, of ICMI talent management, who saw my potential and backed me.

The next chapter in my media ascent came with the boss of Sky News, Angelo Frangopoulos, who said he always wanted to work with me. When the Sky News Business Channel was launched in 2007 I was given a once a night show, called Money Makers, but when the GFC stock market crash happened in late 2008 and a Great Depression threatened, the four-night a week program called SWITZER was born.

I know it sounds counterintuitive but the huge stock market slumps in 1987 and 2008 were the crashes I had to have!

These were the standout outsiders who helped me and who deserve to be recognised and then there are the insiders — my great family!

Maureen, my wife, spearheads the team that has worked hard to create the Switzer Group. I once described her as my self-imposed life coach, who watched me and my improvable ways like a Labrador watches a cooked sausage at a barbeque! Without her guts and drive I wouldn’t be writing this today and heading up a business that has a listed fund, a financial planning business, a highly respected magazine called Russh and a brilliant business partner called Paul Rickard, who was the boss of CommSec.

Out of this came my older son Marty who runs our financial services operation like the professional he is. My younger son Alex built our digital properties, which have been critical in growing our business.

My daughter-in-law Jess Blanch runs Russh, which is seen as a quality product in the women’s fashion industry and Renee Carl, my other daughter-in-law, makes an important editor’s contribution to our suite of websites.

Both daughter-in-laws have delivered our greatest gifts of all — our grandchildren, Sloane and Teddy Switzer, who are both under 3 years of age and are the real rewards we have received for not killing our sons, as teenagers, when logic told us it looked like a great idea!

My Dad taught me to be a hard worker and to be fair, while my Mum is largely responsible for my, at times, inexplicable optimism! 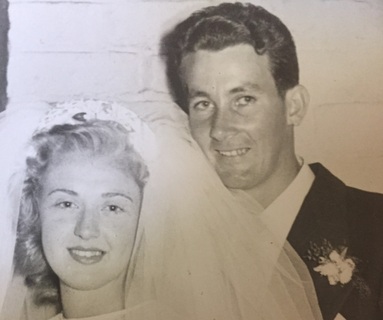 I’ve been blessed and one last blessing I want to recognise is my old media medico and mate Dr. Ross Walker, who has told me recently I need to get in touch with my feminine side, which is what this soft piece of writing is all about! It doesn’t hurt us blokes at all to be softies. I wish Ross had been around when my Dad ignored signs that his health was under challenge. It’s coming up to the anniversary of my Dad’s death so I guess this has been a further prompt for me to write this.

I know I’ve been lucky to have lived in a land of giants! US motivational man Tony Robbins does this every single day (after jumping into 56-degree freezing water): “I do a 3-minute blessing and prayer for my own body’s health and for all the people in my life. I do a circle of prayer of my family, my friends, my close business associates, my clients, anyone I’m going to meet.” It’s taken longer than 3 minutes, but I guess that’s what I’m doing here, just being grateful. Robbins says “…gratitude is the antidote to the things that mess us up. You can’t be angry and grateful simultaneously. You can’t be fearful and grateful simultaneously. So, gratitude is the solution to both anger and fear, and instead of just acting grateful, I think of specific situations that I’m grateful for, little ones and big ones. I do it every single day, and I step into those moments and I feel the gratitude and the aliveness.”

You really should appreciate the important people in your life, who have rated you or loved you enough to give you access to opportunities you might not have ever seen without their huge shoulders! And there’s no time like the present to thank them.