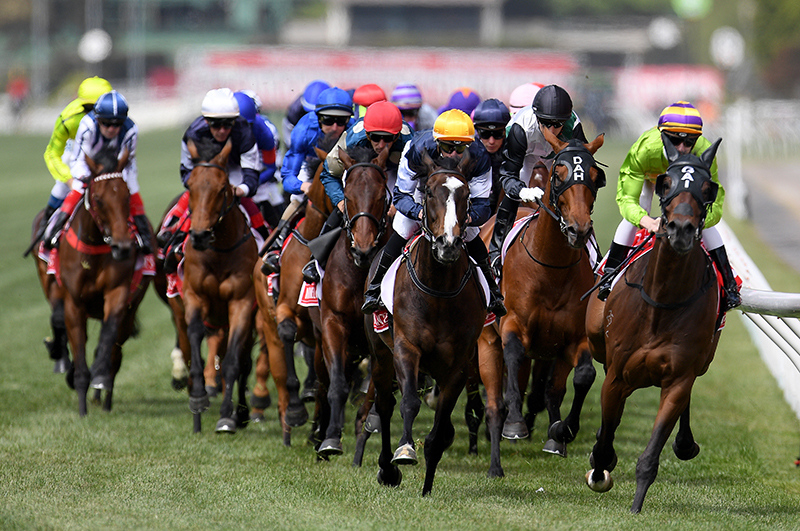 How the Cup gives me insights on our future

Yesterday, for the first time in my life, I went to Melbourne’s Crown Towers for the famous Call of the Card, which always happens a day before the legendary Melbourne Cup. While it was a day out that interested me for historical, sociological and even economic reasons, I was also scheduled to interview Tom Waterhouse. On the eve of the big race, Tom has always shared his and his father’s tips, which have a win rate of four years out of five!

So on a day when the ‘world’ is starting to be interested in the race that stops a nation, it’s really timely for me to do the form.

You might be thinking: “Switzer’s not qualified to do the form on the Melbourne Cup” and I’d agree. That’s why I’ll leave doing that to the Waterhouse family. I’ll do the form on two other races that will stop the nation and also interest the world.

The first is the political race in the States between the Republicans and the Democrats.  My interest will be to do the form to work out what’s best for stock prices. And the second one is the race to raise interest rates, which could be compared to a horse race that’s having permanent barrier-opening problems!

Let’s start with the race that could turn Donald Trump into a lame duck President, trumped by a political gridlock.

On current political assessments, the Democrats are tipped to win the House, while the Republicans just keep the Senate. “This outcome is largely seen as positive for markets since, historically, U.S. stocks have posted solid gains during government gridlock,” CNBC reports. “If the GOP (the Grand Old Party or Republicans) maintains a majority in both chambers, it could give stocks a short-term boost as it increases the likelihood of further tax cuts.”

However, if the Trump backlash delivers the Democrats both houses, then the prevailing view is that pro-economy policies that have been championed by President Trump could be stopped in their tracks. This wouldn’t be a positive sign for the stock market.

This puts Trump-haters locally (who want stocks to rise for purely rational economic reasons) in a bit of a dilemma. It could be compared to what we’ve seen going on with our stock market because of the Hayne Royal Commission. The morality of having the investigation into our financial institutions has been proved but it has hurt bank share prices, the stock market index and our super fund balances. I’d say our stock market would be 20% higher than it is today. And if we assume our super funds have a 60% exposure to stocks, our super funds might be 12% higher, if governments in the past had done the policing of the sector and the protecting of taxpayers who’ve always underwritten and protected the financial sector!

That’s the low-ball cost of us having to put up with the political pygmies who let our financial businesses get away with consumer exploitation.

I was talking to a former banking and insurance CEO, who agreed that if there simply had been a consumer claims tribunal without lawyers run by a single arbitrator, the wins for consumers and the losses for banks, insurers, advisory groups etc., would have been so big that boards would have instructed their chief executives to stop the bad practices and the cost-bleeding.

Oh well, we learnt the lesson and stock players and super members are paying the price.

Back to the US midterm elections that start tonight, our time, and the one irony is that if Donald does become a lame duck President, he’ll still be able to ‘fly’ with his trade war with China because the crazy US system vests that power in the Commander and Chief! I’m not pretending to be an American political expert but if the consensus view is right and it’s Democrats for the House and the Republicans have the Senate, then stocks won’t dive. If the Trump love is greater than the Trump hate and the Republicans surprise, then stocks would spike, but I doubt that’s likely.

I know it’s a US issue but Donald and his impact on global trade, our number one trading partner China and our stock market makes this a race that actually holds more interest for me than the race that stops our nation — the Cup!

Now to the RBA’s race to raise interest rates, and while history shows Cup Day has been a good one for the central bank to slip a rate change in, it won’t happen today. But the big watch for people like me will be the statement that goes with the non-decision.

Until now, the big bank has implied that rates will rise, eventually. However, some economists have been arguing that maybe the next move is down! Certainly, the current economic growth outlook says these guys are wrong. But the growing negativity about house prices, aided and abetted by the media’s scare campaign and the tighter lending standards following the Royal Commission, could take growth down a peg or two, which could force the Bank to either stay on hold longer, or even cut!

The value of the Bank’s statement will give us a window on what they’re seeing about bank lending, the likely fall in house prices and the overall economic effects, which ultimately will drive their hand when it comes to rates.

Right now, there are a number of economic curve balls being thrown at the economy coming out of the Royal Commission, such as tougher lending standards and too cautious banks. Many banks are afraid of taking chances with customers that could have them negatively exposed and it could be affecting businesses access to loans, which could have serious economic growth implications and could be forcing business borrowers into more expensive lenders not controlled by APRA.

We might have a nanny state problem that becomes an economic problem looming.

As a form man, I think I’ve just given you the worst-case scenario but I need to see (and would argue that the country needs to see) the RBA say that all these negatives accentuated in the media right now are hype. If we don’t get that message today, I’ll have to redo the form on the economy, jobs, wages, house prices and a whole lot of important hip pocket matters.

And if I have to do that, it will be because I’ll be seeing stuff that could stop the nation from growing!

On the other big race that stops this nation, the racing people at the Call of the Card are starting to stop the racing world, with so many foreign horses in the field. So here’s what Tom Waterhouse told me.

Yesterday he backed Rostropovich to win $1 million and Avilius to win $500,000 but said he’d put more on it today! If you want some longer shots, he had smaller bets at long odds on Cross Counter, Marmello, Prince of Arran and Ace High.