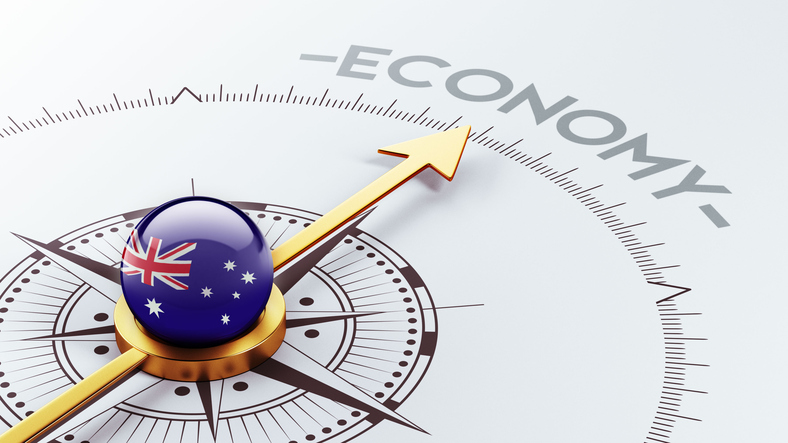 How is our economy going? Stronger or weaker?

Just to make sure I’m not excessively and unwisely optimistic about the Oz economy, about once a month I do an eco-check to see how the run of data is going. It comes as late last week, the Reserve Bank (RBA) downgraded their economic growth forecasts, slightly.

It has been nice to have both the RBA and, for that matter, Treasury agreeing with my favourable forecasts for the economy, though I’m more comfortable when I’m slightly at odds with these two august institutions.

Regular readers might recall a few years back that I had regular battles with the central bank with its stubborn refusal not to cut interest rates when my eco-checks were screaming out, at least to me and a few others, that we needed to lower interest rates or else we’d end up in a recession.

They finally got the message and here we are at 1.5% — a historical low for the official cash rate. However, now I want to see the economy improve sufficiently to see the first rate rise but I can’t see that happening this year. 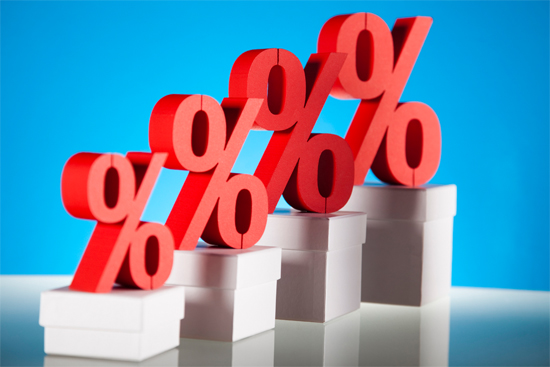 My bet is it will be in 2018 and will be determined by how quickly the economy can get towards 3% growth, inflation beats 2% convincingly and wage rises start to happen.

Some credible economists think it will be in 2019 but I hope and suspect they’re being too negative. My money is on a mid-2018 rate rise.

On Friday, CommSec’s Craig James told us: “The Reserve Bank has tinkered with near term headline inflation and economic growth forecasts. Economic growth is now seen at 2.50-3.50% in June 2018, around a quarter of one percentage point lower than previous forecasts.”

This isn’t a dramatic back down and at the worst says the country’s official economic watchdog sees growth at 2.5% but at best 3.5%. If the latter happens, unemployment will be tumbling, consumer confidence will be building and we will be on the road to recovery and a more normal economy, not seen since before the GFC.

So how likely is an optimistic outcome?

Here’s my latest eco-check of the facts that many experts choose to ignore:

• Unemployment is down to 5.6% and full-time jobs have lifted by 115,400 positions in the past two months – the strongest back-to-back job gain in 29 years! In 2015, the jobless rate was 6.3%. Many experts said it was going higher and they were wrong.

• The CoreLogic Home Value Index of capital city home prices rose by 1.5% in July and was up 10.5% over the year. This is a hassle for regulators but it says homebuyer confidence isn’t waning.

• The Commonwealth Bank Manufacturing Purchasing Managers’ Index fell by 1.8 points to 54.4 in July but a reading above 50 indicates that the sector is expanding. The expansion rate has slowed but the sector is still growing.

• The weekly ANZ/Roy Morgan consumer confidence rating rose by 3.3 points (2.9%) to a 5-month high of 118.4 in the week to July 30. Respondents’ views to economic conditions over the next 12 months rose to a near 4-year high! Consumers have been an important negative for the economic outlook and this rebound in confidence is good but is not yet a trend.

• Private sector credit rose by 0.6% in June after a 0.4% rise in May. Annual credit growth rose further from recent 3-year lows, up from 5% to 5.4%. Recall that regulators are trying to slow down lending to investors and those buying expensive properties using interest only loans.

• In trend terms, loans for alterations and additions of homes (renovations) hit 7-year highs but personal loans hit a 14½-year low in May, while annual lending to buy land hit record highs.

• Business credit rose by 0.9% in June to be 4.4% higher than a year ago, which is a good sign for business investment, which has been lagging of late.

• Approvals by local councils to build new homes rose by 10.9% in June, after falling by 5.4% in May. House approvals rose 4% to 13-month highs and the doomsday merchants want us to believe that housing construction is set to nosedive! I expect it to slow down but not collapse, as pessimists want to believe.

• The above good news slightly counters this bad news that dwelling starts (commencements) fell by 11.4% in the March quarter. House starts fell by 7.7% and apartments fell by 15.1%. (You have to be careful of monthly figures.)

• In May, there were 706 million purchases made with credit and debit cards, up 16.3% on the year and a result just exceeded by the Christmas-time sales in December last year. The purchases amounted to almost $51 billion, up 11% over the year.

• New motor vehicle sales totalled 92,754 in July, up 1.6% on a year ago and a record for the July month. Did you see the word “record”, well this sector of retail has been in record high territory for a couple of years, on or off.

• The rolling 12-month trade surplus rose from $8.9 billion to $12.7 billion, which is the biggest surplus in five years, so the export sector looks to be contributing to economic growth, though that damn rising Aussie dollar is taking away some gloss from our better trade surpluses and better terms of trade.

• Export prices for meat and meat products rose 7.2% in the quarter to record highs.

• A record 8.94 million people travelled on the Sydney-Melbourne air route over the year to May. The load factor hit a record high of 83.8%.

• For those worried about China as our most important trading partner, well, look at this: “The Chinese economy grew at a 6.9% annual pace in the June quarter, above forecasts (+6.8%). The economy grew by 1.7% in the June quarter, up from 1.3% in the March quarter and in line with the forecast estimate of 1.7%. Pessimists had their growth number as a 5% something by now!

• And this is my favourite set of numbers and really gives me hope that we’re getting close to a turning point for the economy, with the NAB business conditions index rising from +10.9 points to a 9½-year high of +15.1 points in June. The business confidence index rose from +7.5 points to +9.3 points.

So, the measure of what business is saying now — business conditions — is at a nine and a half year high and business confidence is up on a rising trend. At +9.3, it is way above its long-term average of +5.8! Check this out:

The negatives now are the slow pace of wage rises and that damn Aussie dollar, which we need to see fall to the lower 70 US cents region. If the US economy keeps producing solid numbers, such as its weekend jobs report where 209,000 jobs showed up in July against a forecast of 183,000 and the unemployment rate fell from 4.4% to 4.3%, then the greenback will go up and our dollar will fall.

God bless America, even with Donald as President!

In fact, if he can become the President he promised to be in his acceptance speech, then my positive picture of the Oz economy might turn up sooner than I think.