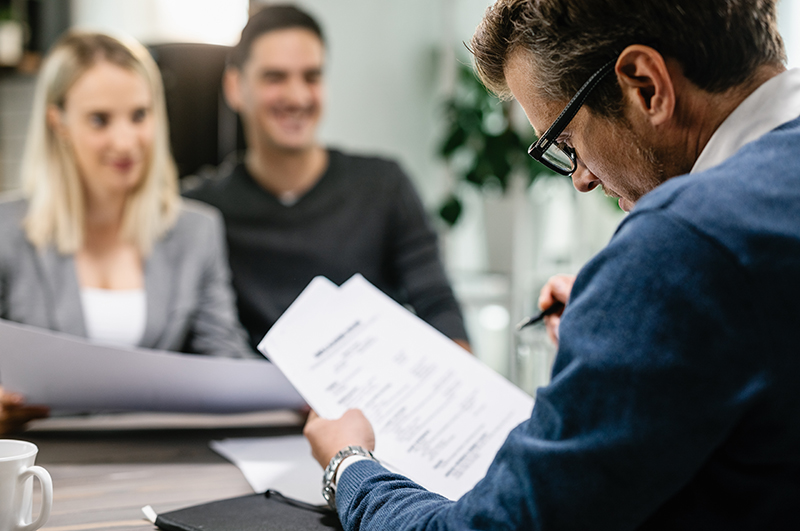 How do you find Australia's greatest financial advisor?

The Royal Commission recently weeded out some financial advisers who had been seen as award-winning performers. However under the glare of Justice Kenneth Hayne and his team of forensic fossickers, a few, high-flying celebrated advisers were brought down to earth.

One actually tried to buy into my business a few years back but we realised, despite his successful reputation and business growth, he had a different approach to looking after clients.

When he left our meeting, he suggested we had a lot to learn about making financial advice profitable! I’m glad we never learnt that lesson.

At the end of the day, the best advisers should be smart, caring and not rip-off merchants.

They need to know their customer, recognise their strengths and weaknesses and ultimately do for them, wealth-wise what the client is incapable of doing for themselves.

Being a great adviser isn’t easy because you’re dealing with a client’s goals and how they ultimately affect their lives and those of their families. It’s a pivotally important role to play and shouldn’t be driven by how much money can I make out of this customer. But often it is .

On the flipside, many potential clients can’t see the value in advice and think the whole industry is one big rip-off. That is a generalization, which is unfair to the fair chunk of advisers who deliver value and peace of mind to the people they look after.

I’m the first to say that industry super funds have been great for Australians to build wealth. They dragged down fees, which were too high before they came on the block to challenge financial institutions, and their performances have been very good — well, at least that’s the case for the top 10 that are regularly put on show by the likes of Superratings.com.au and ChantWest.com.au.

That said, let’s imagine an industry fund had a total cost to a customer of say 0.8% and the customer had $100,000 in the fund. Then the cost would be a low $800 a year. If the fund does, say, a 7% return, then that’s certainly worth the outlay. However, if the balance is for an older Australian, who had $1 million then the cost is $8,000. And that’s a lot to pay for managing someone’s money, with no advice given.

This has led to lots of Aussies thinking about a self-managed super fund or SMSF, which you could run for about $3,000 a year or even less, which could pull your costs down to 0.3%, if you had a million dollars.

Generally speaking, I reckon you need about $300,000 in an SMSF to make the costs work in your favour but then you have to turn yourself into a DIY fund manager!

So many people with SMSFs end up going to an adviser, which bumps up the cost. Some advisers will charge 1% for advice, so in my million dollar example, the person in question would pay 1% of $1 million for advice and probably $3,000 (maybe a bit less) for the administration of the fund. Others like us will charge a flat dollar fee, where your level of complication drives the final cost to you.

So the adviser versus the industry super fund cost comparison might become $8,000 versus $13,000 and that’s where the calibre of the advice from the financial planner becomes critical.

You see, some critics of advisers say the excess cost is such that you should simply put your money into an industry super fund. And for lots of uncomplicated people, they could be right. However, as you become more complex in your material life and as you become more successful and aspirational, the benefit of an honest and objective set of eyes can really be worth paying for.

I’ve seen people who never read their super statements and had ticked the box on “conservative” and averaged a return of 4% on super for their entire life, when they should have been a balanced investor earning closer to 7%. That cost that person more than $100,000 when he eventually collected his super nest egg.

I’ve seen looks on retiree’s faces when you tell them what they can put into super if they can pass the work test, which is to work for only 40 hours in one month each year. This then allows them to put $100,000 into their super funds to be taxed at 0% rather than their marginal tax rate.

Others don’t know that the first $18,200 of income is tax-free so having $100,000 outside of super earning income might not be taxed, provided there isn’t other income outside of super.

Great advisers should be able to make you a lot more money than they charge you and that might be a test you should think about applying if you’re thinking about getting financial help.

I believe the strength of a good adviser is that they put themselves in your shoes. They come to understand you and your goals and then recognise if you are capable of making your dreams comes true.

If you’re not in agreeance with the current strategy and income they then have to come up with a better strategy or have the guts to say “it ain’t going to happen” unless things change. Those changes might be things such as you earning more money, cutting down on your big spending, downsizing your home or getting your 40-year old son a job!

Some really smart people can become their own advisers and others can build wealth in a good industry fund. But it’s possible that many people who try to do this don’t know all the relevant super, tax, trust and other laws and great products that could have a big impact on how wealthy you become over time.

Let me give you one example of how many people pay too much tax because they didn’t seek advice. I’ve come across many business owners who should have set up their business in a trust structure rather than as a partnership or company and when they’ve come to sell the business, the capital gains tax for them was so much bigger outside of the trust structure.

Going to an accountant before buying that business would have been a wise use of their money.

And in contrast, when we’ve told a small business owner who sold her long-held business that the gain could be rolled into super without a capital gains tax, the look of happiness and relief is unforgettable.

The bottom line is that as your life becomes more complicated or aspirational there’s a damn good chance you could economically benefit from having an honest, caring and smart adviser on your side.

Finding Australia’s greatest financial adviser might be easier said than done, so I’d advise that you look for an honest, smart one but be committed to learn from your adviser, because the best answers often come from the best questions.

I bet out there in the suburbs of Australia there are great advisers as good and even better than the ones on the list of the Top 50 Advisers in The Australian newspaper and so your task is, if you need advice, is to find them.