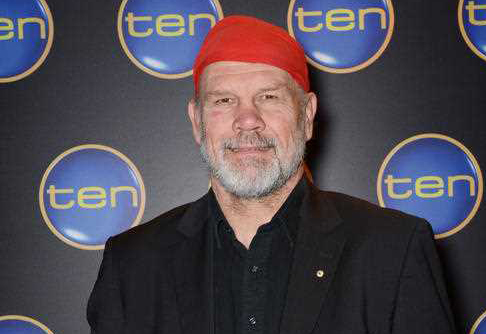 How do we put Fitzy's anti-sugar crusade into perspective?

Fairfax commentator, ex-Wallaby, Republic agitator and the country’s number one red bandana wearer, Peter FitzSimons, has picked up a new worthy cause of informing us about the evils of sugar.

He’s petitioning the Federal Government’s relevant Ministers to get off their butts and do something about the ridiculous situation about foods laced with sugar and what’s called the Health Star Rating System.

“Last week the government announced it would be conducting a review of its Health Star Rating System on food products, which, as you know, is meant to be the official guide as to just how healthy a product is, by virtue of the number of stars it displays on the package,” he wrote recently. “If it gets five out of five stars, it's top of the pops and, you'd assume, so healthy you'll be dangerous. Half a star, though, and drop it like poison.”

Fitzy is so peeved about this that he reached for an emotional fact, crying out that “our country has lost fewer people to terrorism since September 11 than we lose in a day to the ravages of obesity-related conditions.”

The star's idea really looks like the dopey thing a Government comes up with when it’s advised by “Big Food and Big Sugar”, as Fitzy puts it.

In case you missed it, you might be wondering why this great-writing rugger bugger (his books are surprisingly good!) is jumping up and down about sugar. You see, last year, he revealed how he had lost a third of his considerable weight by quitting sugar.

He wrote a book about it — The Great Aussie Bloke Slim-Down — which told how he went from 152kg to 112 kg after dropping his usual two bottles of wine and dessert each night!

To be fair, Fitzy has been a late convert to the anti-sugar brigade. David Gillespie wrote a book, Sweet Poison: Why Sugar Makes Us Fat, in 2009. He opened the eyes of the former star economist on my TV show, Rory Robertson (then of Macquarie Bank), who was the economist who won the bet against Professor Steve Keen about a house price collapse, which saw the academic have to walk from Canberra to Mount Kosciuszko for getting his economic call “hopelessly wrong.”

Rory left Macquarie and went to Westpac, gave up media commentating but publicly went after Sydney University’s relevant department for suggesting that sugar was not the fat problem people think it is.

In a nutshell, Rory has argued that “My shortest critique is that the University of Sydney’s claimed “paradox” – sugar intake down, obesity up – merely reflects eye-popping negligence.”

Rory’s battle has got so heated that the Uni has threatened to ban him from the campus!

His reaction to the threat is typically Rory.

“Rather than threatening to ban me from campus, Dr Spence [the Vice-Chancellor] should simply fix (the issues),” he said, referring to a 2011 research paper, The Australian Paradox, written by the university’s top nutritionist, Jennie Brand-Miller, which finds a negative relationship between Australian obesity and sugar consumption.

As you can see, sugar is controversial and as an economist I do worry about the economic implications of the country and the world going anti-sugar.

Mad mates of mine like Fitzy and Rory are doing the country a service, underlining how we are exposed to excessive amounts of sugar and men and kids are probably the least informed but I reckon a lot of shopping mums could benefit from knowing about how much sugar is OK for you each day and how much we actually take in.

Nothing is ever achieved by reasonable men or women, so I back my mad mates. Big Food needs to get on the front foot looking for alternatives to the products that now are overloaded with sugar, which causes obesity, diabetes and other medical problems that we help pay for via our taxes.

The ABS thought the average Aussie took in 14 grams of sugar a day in 2011-12. By last year, the number had grown to 28 teaspoons but that was the average. There are too many of us in the 40-plus category and these people and the kids they influence are slowly walking down death row.

I know Fitzy can be terribly annoying when he’s trying to win you over to his point of view and Rory is like a dog with a bone on any issue he cares about. But these two mad mates are making an issue that has been kept quiet for too long by people who should know better.

The problem of too much sugar needs to be flagged publicly and Big Food needs to start producing products that don’t shorten the lives of their customers and add to the Government’s Budget Deficit.

I’m a great believer in the value of the invisible hand of the market but when that hand is hurting people, it needs to be checked by Government. Stopping that hurt, like it does with pollution, is a government’s proper role.

By the way, if you don’t believe me on sugar, have a look at That Sugar Film made by Damon Gameau. I saw the film and interviewed the guy on my TV show and it’s eye opening.