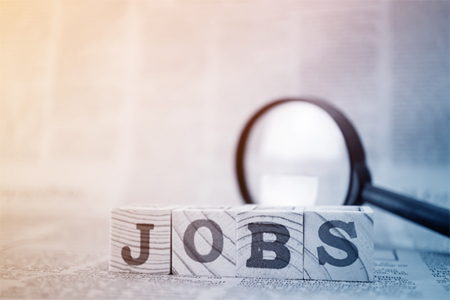 How bad is low inflation and slow pay rises? Are we simply ingrates?

Who’s getting pay rises? And why aren’t you? With inflation coming in at lower than forecasted, a lot of people are asking these two questions.

A better question might be: just how bad is this low wage outcome for Aussies?

Maybe there’s a sliver lining with this stagnant wage market that we might only appreciate in the fullness of time.

Before we start asking and answering more questions, you have to accept that there are always winners and losers in any economy. Generally, city people tend to do materially better than country people but, lifestyle-wise, country people could argue that they’re living the life of Reilly, though younger country folk might disagree, with the bright lights of the city twinkling in their eyes.

Right now, NSW and Victoria are strong economies, while WA and Queensland are finding it harder in the wake of the end of the mining investment boom. Remember when Treasurer Wayne Swan kept the books? He said we lived in a patchwork or two-speed economy at the time, with mining states cruising while NSW was close to a recession, with low, slow growth, high unemployment and big budget deficits. That has been reversed, with the country’s strongest economy boasting about a $5.4 billion budget surplus! The nation’s unemployment story from a state basis tells the current story. The national number is 5.6%, but look at the state story — NSW 4.8 %; Victoria 5.9%, Queensland 6%; South Australia 6.6%; Western Australia 5.6% and Tasmania 5.6%.

WA looks OK but during the mining boom their jobless figures were a lot lower, while Tassie is on the improve, with its unemployment rate falling from 6.1% to 5.6% in June!

Not long ago, news.com.au’s Frank Chung looked at work done by the Australian Institute of Management (AIM) on who could expect pay rises. This is what he concluded: “If you work in retail, food manufacturing or agriculture, good news — you’re getting a pay rise. For everyone else, tough luck.”

It surprised me that retail workers were getting a pay rise with Amazon hovering but it says something about their union, though the rises expected were small fry.

Frank talked to Sam Bell, the general manager of corporate services and research at AIM.

“Salaries have continued to fall,” he said. “Businesses this year forecast they will increase salaries by 2.8%, which is in real terms basically zero, if you take into account inflation [of about 1.5-1.7%]. That’s fallen from about 4.1% growth in 2012.

“Across all states we’ve seen a fairly consistent result, all states are declining, and by industry, every industry is seeing a nominal decline except for three: retail, FMCG [fast-moving consumer goods] manufacturing, and agriculture.”

I can remember before the GFC that we were giving out pay rises to keep staff and we were offering crazy salaries to attract workers in a tight labor market.

That’s changed but special people are still getting pay rises, but they have to be real contributors or they could be at least needed, OK workers, who, luckily, are in a successful business or well-placed sector.

I wasn’t surprised to see agriculture workers doing well, paywise, as a dining boom has come along as the mining boom has gone off the boil.

Businesses selling to China are doing OK and will keep doing so. Former NSW Premier, Bob Carr writes in Fairfax press today with his killer statistic that “between 2009 and 2030, the country will add 850 million to its middle class.”

As Bob put it: “It is equivalent to a new continent emerging somewhere to Australia's north with 850 million more consumers asking Australia to fill its supermarkets, sell them places in our schools and universities, invest our expertise in aged and health care and let them come as tourists, investors and cashed-up migrants.”

When I started work, we received a pay rise every six months and it later made sense when unemployment topped 10%! Ever since Paul Keating and Bill Kelty linked wage rises to productivity, and over-protected businesses were forced to compete, our economy has grown for over 25 years. It’s now the best growing economy of all time!

The RBA last week told us that the official cash rate could go to 3.5% from the current 1.5% but that used to be around 5% before the GFC. This low pay rise environment could give us low interest rates for a generation!

That’s got to be a pay off for homebuyers. Sure, that’s tough for new homebuyers in Sydney and Melbourne who paid high prices but most homeowners simply now live in more valuable homes.

The picture I’m painting is one that portrays the Australian economy as different. It’s not better in some respects but it is better in other ways. Right now, business confidence is at seven-year highs. This should be good for job creation so over the next few years low wages might actually give jobs to people who might have missed out in a high wage rise environment.

Low interest rates could actually create a long, slow, drawn out economic boom and a similar bull market, so we might miss out on the rather quick boom that turns into a bust.

I know the media is paid to draw attention to scary and unjust issues rather than positive and wonderful aspects of life but remember this when most economies saw huge spikes in unemployment post-GFC, our jobless rate stayed below 6%!

And it could explain why we think these low, slow wage rises are so bad. As Rocky said to Clubber Lang: “Ain’t so bad! Ain’t so bad!”

Maybe things we don’t like really ‘ain’t’ so bad after all when you look at the good stuff that’s come along post GFC.