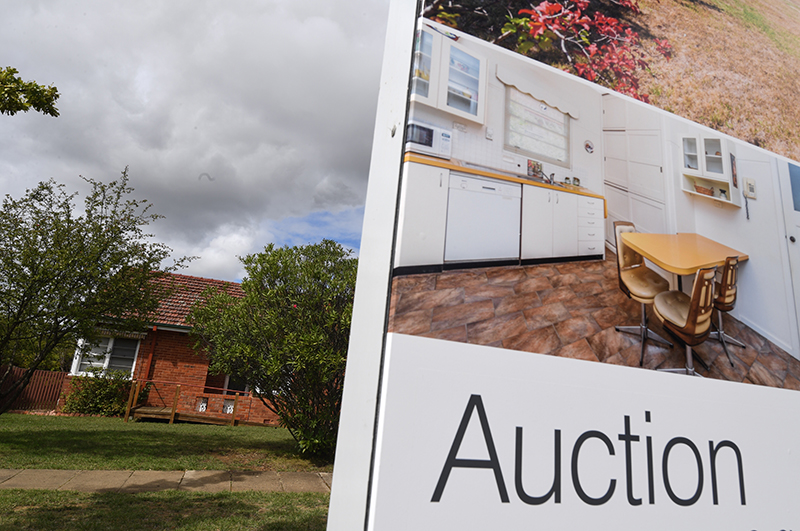 What happened to the 40% fall in house prices? Data out of the property market resulted in the AFR running with the headline that the RBA’s cheap money is firing up house auctions. But it’s not just cheap money — banks have now been let off APRA’s tight lending leash and buyers of today have seen the price falls of yesterday and are now going for it.

But that’s not all. Employment is still on the rise, the election is over, Bill Shorten’s worrying policies linked to negative gearing and a lower capital gain tax discount have gone, and maybe the ScoMo effect could even be making Australians believe the future is on the pickup.

The most recent NAB business confidence and the Westpac consumer sentiment readings all rose, albeit not too excitedly. Nonetheless, they went up.

Also the fact that house prices have stopped dropping and are now on a slight rise delivers a positive wealth effect, which is good for consumers and their attitudes towards spending.

One of the best pieces of news last week was Harvey Norman founder, Gerry Harvey, laughing off those who argue there is a retail recession. In fact he said that in the first two months of this financial year i.e. July and August) sales are up 3% in his business.

So what should the Reserve Bank do with Sydney recording a preliminary auction clearance rate of 80% on Saturday, while Melbourne registered a 76% success rate?

For starters, the RBA should not cut interest rates tomorrow. If the economy keeps improving and house prices start to accelerate, it should put its rate-cutting cue in the rack. Then the central bank boss, Dr Phil Lowe, should pressure Treasurer Josh Frydenberg to start talking up fiscal stimulation. And that’s what the CEOs of Woolies, Coke, JB Hi-Fi and Flight Centre surveyed by the AFR are all hoping for. Their confidence in the power of rate cuts is on the wane.

And Josh and the PM need to start talking up the prospects of the economy. Maybe they should take a leaf out of Donald Trump’s playbook and get into tweeting, provided it would be about the positive signs for the economy and what the Government is doing (and will do) to bolster our economy.

You can’t downplay the value of inspiring talk from a leader to his constituents. I wrote a piece in Weekend Switzer based on the work of Alison Ledgerwood, a Psychology Professor at the University of California.

She explained that her extensive testing of we humans shows someone with a positive predisposition can  more easily accept a negative proposition and act accordingly, while a negative, pre-programmed person really finds it hard to give up their pessimistic position.

That’s why great sporting coaches become legends and why the likes of Winston Churchill have had a lot of his mistakes overlooked because of his inspirational communications to a bruised and battered Britain in World War II.

On Wednesday, we’ll get an ordinary economic growth number but it will be for two out of the three months rolling into the election. And we had a lot of Donald Trump trade war negativity over that time.

That’s why ScoMo or Josh should be practising for Wednesday night TV and radio, to counter the bad headlines that will come from those old news growth headlines I expect to see.

Maybe the PM could hose down Churchill’s words a little but only a little, as we are facing a shocking potential enemy called recession, which must be defeated without lower interest rates.