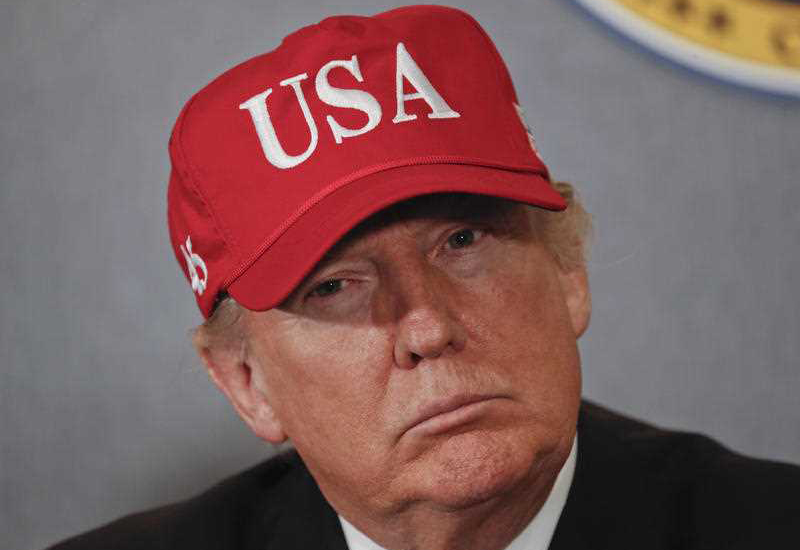 Hold your breath. US vote could sink stocks!

Anyone who loves programs such as The West Wing and Veep have an idea of what has been going on in Washington on Capitol Hill, as Republicans get roughed up or loved up by President Donald Trump’s main negotiators ahead of the healthcare vote scheduled for Thursday.

No one knows when the vote will be held because the Trump camp definitely hasn’t got the numbers. A Republican group called the House Freedom Caucus stands in the way of the bill. (Where do the Yanks dream up these dramatic names? Oh, that’s right, from The West Wing and Veep!)

So what’s the count position before the vote? This is how Reuters saw it: “Although Republicans have a majority in the House, Democrats are united against the bill and Trump and House Speaker Paul Ryan, who has championed the bill, can afford to lose only 21 Republican votes. On Thursday morning, MSNBC said a count by NBC News showed that 30 Republicans were planning to vote "no" or were leaning that way.”

A critical part of the Trump pitch to be President was to ditch Obamacare and the new Administration put this forward as the first measure to show what a President Trump would do. The issue for the stock market is this: if this fails, what will happen to Mr. Trump’s big ideas to cut taxes, reduce financial regulations and build ‘the Great Wall of Mexico’ (or is it ‘the Great Wall of the USA’)?

The Freedom mob are arch-conservatives, who don't think the American Health Care Act does enough to kill off any memories and remnants of Obamacare!

Ahead of the vote, at 6am (our time), the Dow was up but by 6.30am, ahead of the closing bell of the New York Stock Exchange (NYSE), it was off 16 points. And be sure of this: if these Freedom morons vote this bill down, stocks will fall more than the 1.5% we saw on Wednesday. That wiped $23 billion off the value of our shares but since Donald has been the main man in the USA, he has helped the stock market add over $200 billion in market capitalisation.

We’re not in danger of losing all this but we could see a 5% slide (in a worst case scenario), which would cost our share portfolios and our super funds a pretty penny!

On my TV program last night, Warren Chant from Chant West, which monitors our super funds, admitted that you might not like Trump’s politics or him, himself, but he has been great for returns for our super funds.

“After a flat January, super funds had a better month in February, with the median growth fund (61 to 80% growth assets) up 1.2%. This brings the return over the first eight months of the 2017 financial year to a healthy 6.8%,” Warren’s media released revealed. That was the eighth consecutive gain for the financial year.

If this vote gets up, Wall Street will spike and our super funds will have a great financial year. If it fails to get up, think big sell off.

One veteran member of the House told CNBC that “if this goes down, we could take a 1,000-point market hit," but that looks a little excessive. UBS’s Art Cashin, whom I’ve interviewed both times when I’ve taken my TV show to the NYSE, saw the vote’s potential drama this way: “If they decide to postpone and not vote either tonight or whatever, [there'll] be a mild sell off because people say the votes still remain questionable. If they vote and have it voted down, there will be a more substantial sell off."

This healthcare vote is important because the overall attitude to stocks is positive, as the following from Lisa Kopp, head of traditional investments at US Bank Wealth Management shows: "The economic data seems to be positive; that's why we are still positive on stocks for the year."

P.S. For those interested in social matters: “The nonpartisan Congressional Budget Office estimated that 14 million people would lose medical coverage under the Republican plan by next year. It also said 24 million fewer people would be insured by 2026.” (Reuters)

This House Freedom Caucus sounds like a great bunch of guys and gals!