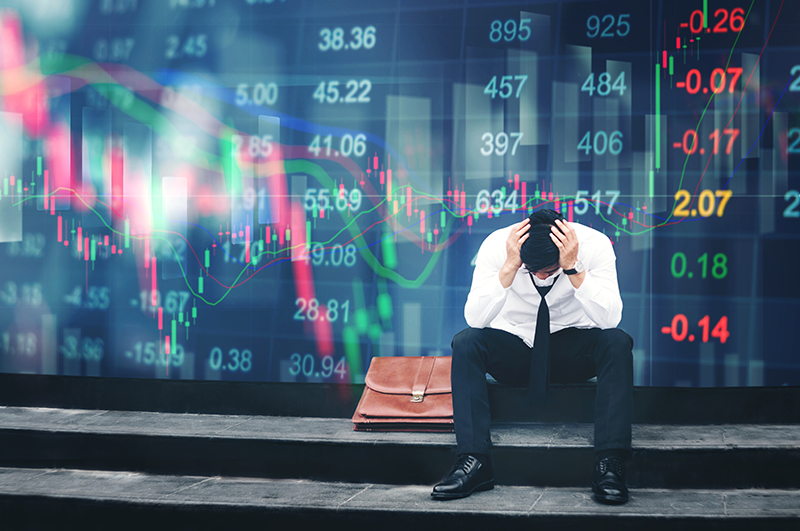 If our stock market can withstand gravity today (with all the political winds from the US elections, to tough Brexit talk, to the EU chiding Italy over its excessive spending and the Iran sanctions on top of the China trade war), it would be a great effort. But against all these worrying curve balls thrown by a pile of screwballs, the Reserve Bank tells us that they expect us to grow at 3.5% this year and next!

How does that work?

Right now, it feels like it’s the RBA and good guys versus The Dude and the bad guys, with the latter looking at the current stock market volatility and virtually telling me: “See I told you — this is a prelude of things to come!”

For those who don’t know The Dude, he’s an ex-student of mine, who lives the life of Reilly traipsing around the world, living in hotels in places cooler than Portofino and doing exotic trades. The Dude has been prodding me about my market positivity for a few years now. Lately he’s been joined by the house price Armageddon Army, who have been virtually trolling me (as my son jokingly observed) in pooh poohing my “we could avoid a big sell off for now” position.

The Dude started questioning me in February 2016, after a big fall in stocks. The S&P/ASX 200 index was around 4800 and as we’re now at 5875, let’s say my positivity has been worthwhile for my followers. Presuming they invest and get a return at least as good as the Index, then they would have pocketed 8% a year plus dividends (let’s call it 12%).

Positivity and muddling through worked out again but don’t think I’m a ‘genius’ like The Dude. I’m more a historian who plays the averages of what markets tend to do.

There a lot of geniuses out there who’ve been wrong on being long the stock market, and even the property market, despite the fact that their thinking is sound, smart and the domain of really smart people. However, the real world can be unforgettably irrational.

Professor Steve Keen, who’s a mate from my old UNSW days (he owes me a Chinese meal at one of London’s most expensive restaurants — Hakkasan) brilliantly foresaw the GFC and won the Revere Award for Economics for his work. I had him on my TV show and praised his success. Then I bagged him (as mates do) when he got the real estate collapse prediction wrong.

Theoretically, he was right to argue publicly his position but if people took his advice, they missed out on the biggest property boom Sydney and Melbourne have had in my memory. And that’s my point about ‘the bad guys’, who are smart and have good intentions. But the market doesn’t necessarily play ball within an acceptable timeframe for people like me, who talk to those normal investors who want to see what I know.

If I’d ran out in February 2016 and told all my readers on this website and in The Australian newspaper (where I was writing then), viewers on my TV show on Sky and my radio spots on 2GB, ABC Adelaide and 2CC in Canberra, that the Dude was telling me it’s time to cash up and bunker down, they would’ve lost 12% a year for about three years!

Someone like me who can touch a million people over a month can’t afford to be wrong like that for three years. So I have to weigh up the smart stuff from Steve Keen, the Dude, my property price rivals on twitter and the likes of Dr. Doom, (the Marc Faber of the Boom Gloom & Doom Report) who has been wrong for years about Wall Street’s collapse, and get my view right.

So far, so good. I’ve been arguing for two years now that I’d get more watchful of market-threats in 2019, with real worries to probably eventuate in 2020. That said, we could get even more time and I suspect how fast US interest rates rise will determine whether I’m right or not.

And this brings me back to the Reserve Bank and the good guys versus The Dude and the bad guys.

Here we had the RBA, led by the most goodly-looking human being possible — Dr. Phil Lowe — (who’s anything but low), kindly explain that he and his Board of very smart people and his team of really smart economists, econometricians et al, tell us that the Oz economy will grow by 3.5% this year and 3.5% next year.

If Phil and his RBA team are right and he’s supported by other smart professional economists, then we won’t have had a stock market crash and a property crash. Those two huge curve balls would derail confidence, investment, consumer spending and KO big economic growth calls.

Smart argumentative types will tell you the stock market can ignore the economy, which is true. But when it does, like with the GFC, the economy eventually has convulsions. We got lucky but we had a Chinese-driven mining boom that helped. The Yanks went into the Great Recession but if you look at the chart below, you’ll see the economy was losing steam ahead of the big market, and then economic, collapse. 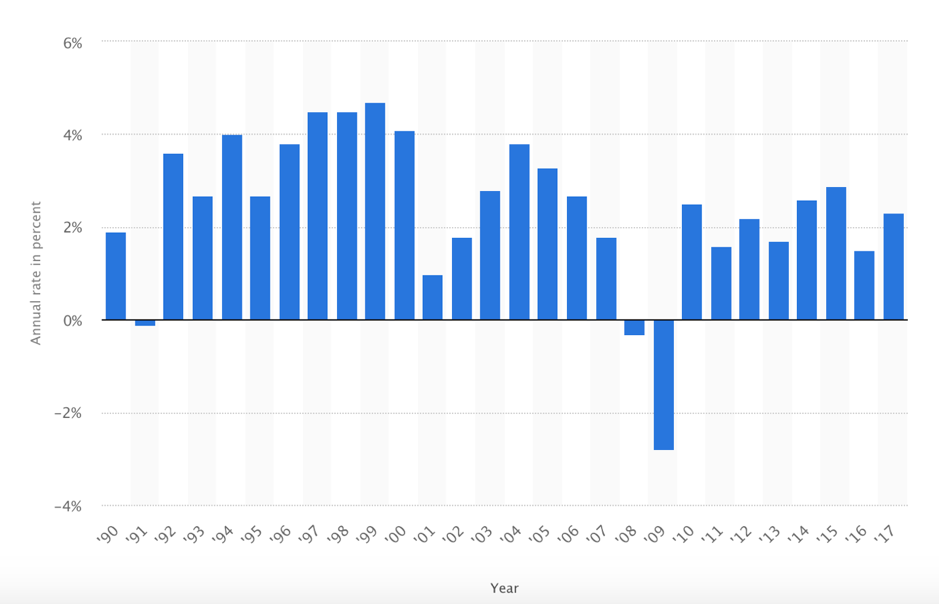 I think the good guys, aided and abetted by President Donald Trump and the economic growth he’s generating, should keep this generally positive market show on the road for a bit longer. However, if the midterm election result shocks Wall Street and the China trade war escalates and other political storms get too big for teacups, then the bad guys could eventually be proved right.

There’s a lot of debt out there and as someone who employs a lot of people knows, debt is OK if you’re growing and easily servicing those loans. Take away the growth and you better have a B-plan, which usually involves less spending, less hiring and living within your own little but scary recession!

Go the RBA and the good guys!

By the way, on Cup news, if you’d put $120 in a box trifecta on Tom Waterhouse’s six tips yesterday (that he gave in a video interview with me on this website and I wrote in my story as well AND in our radio podcast yesterday too), you would’ve pocketed $2,541.