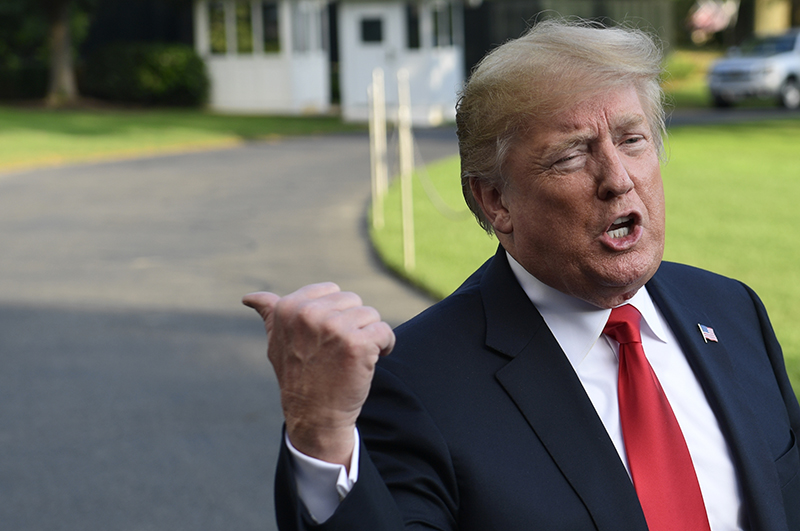 Hey Dude, are the Trump cons outweighing the pros?

“Please don’t let the Dude be right!” That’s what I said to myself when I noticed our stock market had a bad day at the office yesterday. The S&P/ASX 200 index, which tracks our top 200 companies (based on what the stock market thinks) was down 85.2 points (or 1.38%) and what hurt me more was the fact that my fund — SWTZ — lost 4 cents to go back to its starting or listing price!

Thank God we keep paying pretty good dividends, with the latest quarter coming in at 5 cents, which my fund manager made a point of reminding me about when I bumped into him yesterday.

But that’s a side story, though financially important to me because I’m sick of the volatility of our stock market, with the downs largely connected to Donald Trump’s trade war with China.

If Donald didn’t need to impress his constituency ahead of the mid-term elections on November 6, I’m sure his stance towards China would be less aggressive. The ‘Art of the Deal’ guy is giving it his best shot to scare Americans about China ahead of the election.

He’s building the image that the Chinese are unfair on trade, they’re spying on Americans inside the computers they buy, they’re trying to use social media and hacking to influence the outcome of the mid-term elections and  they’re threatening US Navy ships on the South China Sea.

All this has made me ask myself this: Are Donald’s cons starting to outweigh his pros?

The pros have been great for the USA, with his tax cuts, less financial regulation and other stimulatory measures helping economic growth get to an annualized pace of a big 4.2%. It has driven unemployment down to a low 3.7%, which is the best since 1969!

And job creation has been huge, with even the average hourly earnings measure starting to show some significant improvements, rising by 2.8% over the year.

Economically, Donald has done a good job, which should mean he doesn’t have to beat up on China but his problem with the press and his troubling and troubled tweets haven’t helped his overall popularity.

About a month ago, The Guardian reported that “Donald Trump’s approval rating has been remarkably consistent over the first 20 months of his presidency, moving between about 37% and 42%..[and] that’s bad – likely about 10 points short of what he needs to be re-elected.”

Worse still, a CNN/SSRS poll showed his approval rating had slipped from 42% to 36%. Most polls tell a similar story but this could be, as Donald would say, “fake news!”

One outlier survey by Rasmussen Reports has his approval rating at 48% but, given its difference compared to most surveys, you can see why the President is beating up on China. And remember, he’s had the Brett Kavanaugh and his Supreme Court nomination drama to deal with, where Donald branded the sex claims as “a hoax”.

These are desperate times in US politics and, undoubtedly, both sides are digging deep into their dirty tricks bag, as they always do. But this time, Donald’s desire not to be a ‘lame duck’ president has had economic, market and super implications on us.

But to be fair, since Donald has become President, our stock market has spiked and Wall Street’s huge run under Trump has helped.

This chart shows how our S&P/ASX 200 index has fared since this unusual President has been elected. 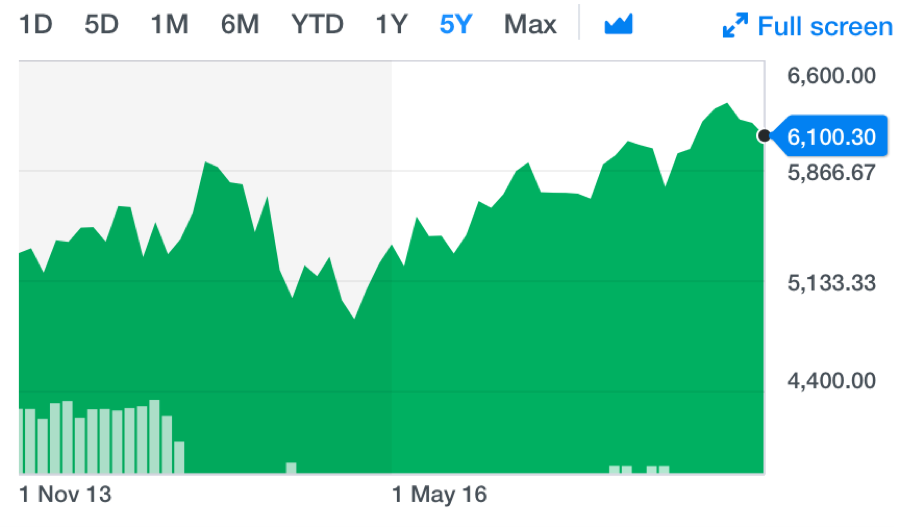 He was elected on 8 November 2016 and since then, our market has gone from around 5370 to 6100. That’s a 13.5% gain but it has been helped by our economic growth spiking to 3.4% and corporate profits improving, as our dollar slipped, which is good for stocks.

However, our market has been as high as 6351 in August but since the Trump versus China tariff fight got serious, we’ve seen our market give up around 4%. And a lot of this is China’s backwash linked to Trump’s trade torture.

Yesterday, China’s stock market dropped 3.7%, as the central bank eased monetary policy to combat the negative effects on the economy, as Trump twists the thumbscrews on his trade enemy. And as China is our most important trade friend, we copped it in the hip pocket.

This is likely to be the story until November 6 and then the result will bring another imponderable for the markets.

If Trump and the Republicans lose control, how will the market respond? It should go up on the basis that maybe Donald will have less influence. But under the screwy rules of US politics, the President still could wage a trade war! He has those powers!

And this why I’m worried about the Dude. This is the name an ex-student of mine lives by nowadays in the world of emails and he has been warning me about a market Armageddon for over two years.

I’m winning but not by much because our market hasn’t done enough but if Donald goes crazier on us after the mid-term elections the Dude could be proved right!

I have no confidence in what is about to happen but economics and corporate profitability tells me that we should remain long on stocks, though I’d be happier if Donald was cutting China some slack!

Aside from his personal behaviour, I think Donald’s economic and market pros equal his cons but the next month could change that equation. It better be for the better or I’ll join the “Hate Trump” club.