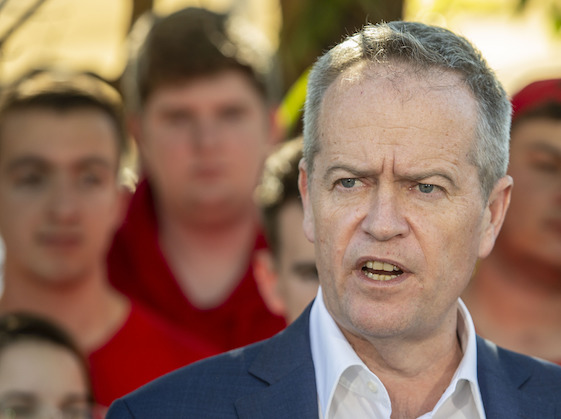 Business is striking back arguing the case for tax cuts, while Labor’s front bench keeps asking why the Turnbull Government would put $17 billion worth of revenue into the hands of the big banks when it could be used for schools and hospitals?

It’s a good question, but maybe the question we should be asking is: can any Government do both?

Last year, the Senate passed laws for the first three phases of the plan and gave company tax cuts to companies with turnovers capped at $50 million. The lower tax rate of 27.5% for businesses with turnovers between $25 million and $50 million (the third phase) started on July 1 this year and will phase down to 25% by 2026-27.

On June 26, the AFR said it was “a move which will affect at least 20,000 medium-sized businesses employing about 1.5 million workers.” And three days later, after his colleagues did some arm-twisting, Bill told us that businesses between $10 million and $50 million will keep their tax breaks. Right now, the Government’s plan was a staged reduction from 30% to 25% for all companies by 2026-27 but the Senate has passed tax cuts for businesses with turnover of up to $50 million.

My question remains: could a Government build hospitals and schools and still give the tax cuts over seven years?

The Business Council of Australia has pumped out 32 reasons why the tax cuts should go ahead. This implies that the positives outweigh the negatives. And if they delivered the implied ‘magic pudding,’ it might make sense not to discriminate with company tax cuts.

Here are some of the best arguments from the BCA, along with my views:

• Businesses employ 10 million people but this includes SMEs, who are getting the tax cuts if they are companies.

• Our company tax rate is the 3rd highest in the developed world, which is bad for our competitiveness.

• If a business’s turnover goes over $50 million, a higher tax rate would be a disincentive to grow. This is true.

•The Asian average company tax rate is 21%, with Hong Kong at 16.5% and Singapore at 17%, which isn’t great for our competitiveness.

• A lower company tax rate encourages business investment as well as foreign investment. I can’t argue with this.

• Even with the gradually lower tax rate, company tax collections would grow to $100 billion by 2020-21 from $71 billion today, and that’s Treasury’s calculations.

• Six million shareholders should see their shares go up in value, thanks to the company tax cut. I think share prices would spike on the tax cut but the rebate from franking credits will fall, as they’re linked to the company tax rate.

The BCA goes on and some of their 32 reasons are a tad repetitive, but I like their 12th one the best, and here it is: “A tax cut makes the Australian economy bigger. That’s what the Australian Treasury says. The reduction to 25% will grow the economy by 1%. Or, put another way, $18 billion a year in today’s terms. That’s twice as big as the economic benefit of the landmark tariff cuts of the 1980s and 1990s.”

Now the latter figures might be debateable, but linking company tax cuts to economic growth is important. If the cuts deliver extra revenue of $18 billion, then schools and hospitals don’t have to miss out. It’s infantile economic thinking not to believe that tax cuts help growth and this is vital for tax collections.

It’s no coincidence that in the 12 months to May this year, the Budget Deficit was down to $12.8 billion, which is the smallest rolling annual deficit for nine years! And this just happens when we created a record 427,100 jobs in the year to January 2018.

In one of its arguments, the BCA  says there’s a “straight line” between company tax cuts and wage rises, which a lot of economists would agree with in principle, but the line might not be exactly straight. However, I tend to agree with then Minister Bill Shorten, when in the Gillard Government he told Parliament on August 2011: “Cutting the company income tax rate increases domestic productivity and domestic investment.”

And then he was reported to have said on abc.net.au: “More capital means higher productivity and economic growth, and leads to more jobs and higher wages.”

This was the Bill Shorten who I thought was a well-balanced ex-union boss, but politics and the need to win can result in good politics going hand-in-hand with bad economics.

Banks have copped their comeuppance, and there’s more to come, but don’t forget they employ a hell of a lot of Australians. And if you want them to shrink, we better hope there are incentives out there, like a competitive company tax rate, to bring in the investment and the new companies to employ the bank workers who lose their jobs in a smaller bank world.