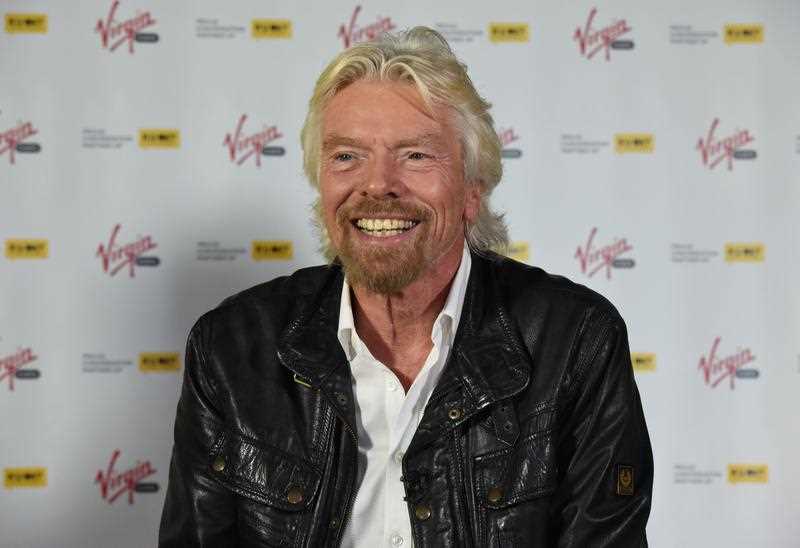 I’ve been on the business speaking circuit for nearly 25 years and I’m doing a speech this morning in Melbourne. It always amazes me how people can sit in an audience and not take notes! As I watch our politicians go around the country to sell themselves and their policies, I wonder if they’ve ever taken notes to ensure self improvement!

Sure, audiences might think I have nothing new to say (they’d be wrong, of course) but I’ve seen it even when I’ve been an MC with the likes of GE’s legendary CEO, Jack Welch, Microsoft’s Steve Ballmer and even Virgin’s entrepreneur extraordinaire, Richard Branson.

The back pages of my copy of Richard Branson’s Losing My Virginity book are filled with notes. I couldn’t put the book down, though I resisted reading it for years, for God knows what reasons. As I read it, as a business builder, I knew I was reading pure gold!

I couldn’t imagine reading a book like this and not remembering the unbelievable life changing and business enhancing lessons it delivered. If you aren’t a note-taker, that could become one of the many changes you make to eventually live the new story of success you’ve already written down and, possibly, made public.

On this subject, I’ve recently shared a story with audiences that has led to a mass scramble for many (even non-note-takers) to jot down its moral.

It involves US leadership guru, John Maxwell. If you follow me, you’ll know for sure that I’ve mentioned John before.  He’s written a huge number of best sellers, primarily on leadership. A few years ago when I was with John in Florida in the US, he told me a story of how he asked his father to pay him for doing chores around the house. His father said ‘no’ and told him that he was a member of the family and had to pitch in for that very reason.

However, John’s father thought outside the square and said that he’d pay him for doing something else — reading books! In an era when our kids aren’t reading the great books of all-time, isn’t this a parental trick you wished you’d known when you were a young parent? Wouldn’t you have loved your parents to have paid you to read, to get ahead of your rivals at school, at university and in the workplace? And isn’t it something you should think about doing if you’re a young parent now or a doting grandparent?

When flying to South America as a young man, John said he was reading the latest issue of Forbes magazine, which had listed the 21 most influential books of all time. “I was astounded to realise that I had read every one of those books before I was 21!” he told me.

Books such as Dale Carnegie’s How to Win Friends and Influence People, Napoleon Hill’s Think and Grow Rich and, as he’s a religious man, The Bible.

Maxwell went on to become one of the world’s most sought-after speakers on leadership and his book The 21 Irrefutable Laws of Leadership is a New York Times best seller, with over a million copies sold!

Undoubtedly, I wished I’d known this great parental guidance idea when I was a young father but my grandchildren will have the benefit of my newfound wisdom and my wallet! As we had our first granddaughter on 10 January 2015, this idea is not all theory for me!

The key to winning or being successful has fascinated me for over three decades and I’ve written books, penned newspaper articles, magazine and website columns on this very subject. I’ve studied those who’ve made it big in business and interviewed these people on my radio and television programs. They have frailties like all of us but they have something special that makes them stand out from the crowd. And that’s what I’m going to share with you.

If you want to lift your performance as an employee, business owner or wealth builder, you have to answer these two vital questions:

1. What is your potential winning edge?

Here are a few ‘must do’ actions to get you started to answer these questions:

• Ask questions all the time. What are the characteristics that give winners the competitive edge?

All the highly successful people I’ve talked about have been great learners. They carry notebooks or use iPhones, but they don’t let a competitive eureka moment or idea get lost in the busy lives they lead.

They’re powered by a big dream to build a successful business. They’re focused on that dream and few distractions take them away from making it happen.

They’re constantly committed to self-improvement — especially for their business but they also can be fanatical about other things, such as their health, their family, causes, etc.

In fact, those two last words are the massive drivers of successful business builders. They’re committed to getting an edge over their rivals and they go the extra yards to make it happen.

They’re great believers in the Sir Isaac Newton line which goes “If I have seen further, it has been upon the shoulders of giants.”

And that’s why they have great accountants, great business coaches, great financial advisers, great networks, great teams of workers, who are at one with the boss and his/her dream.

These people fight against being second rate and have an undying commitment to knowing what their customers want. And they want to know it before their rivals. If they’re employees, who have become top CEOs like Richard Goyder of Wesfarmers, they’ve benchmarked themselves against the great CEOs who ran before them. Goyder would’ve been constantly looking at the people around him — his potential rivals for the top job — even if he didn’t know he was doing that at the time.

Competitiveness drives these people. They have it so ingrained, they can become unaware of just how competitive they are.

I always advise anyone to try to objectively look at themselves as an entity — like a business — and work out how other people see you. This will always give you ideas for self improvement.

If you’re in business and this doesn’t sound like you, well, you now know what you have to work towards.

I’ve always loved this advice, which I suspect came from US business thinker, Jim Rohn. Rohn once effectively said: Work out what you want. Figure out the price. Pay the price!

The self assessment you have to do

Benchmark yourself against the best and answer these questions honestly and you’ll have made the first step towards being the successful person of your dreams!

• Successful people are learners. Are you?

• They take notes to build their competitive edge. Do you?

• They’re focused on their dream. Are you?

• They’re into self-improvement. Are you?

• They get outside their comfort zone. Do you?

• They’re always looking for an edge. Do you?

• They read, listen to and watch the ‘giants’. Do you?

• They seek expert help to eliminate their weaknesses. Do you?

• They hate the second rate. Do you?

• They know the price of success. Do you?

• They pay the price. Will you?

Give yourself a ‘yes’ or ‘no’ to all these and then promise yourself that by a certain date, you’ll be scoring ‘yes’ to 11 and ‘no’ to zero!

I really wish our politicians had scores like that.