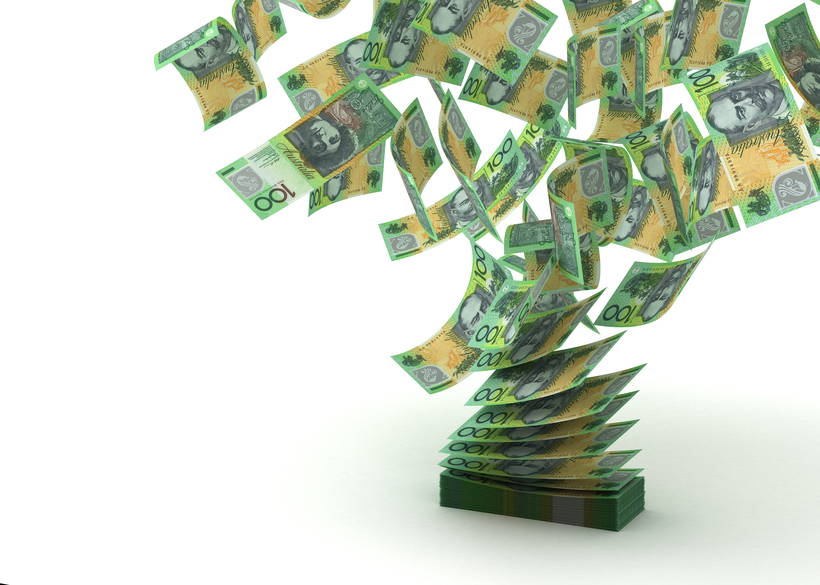 Here's how to make money!

The US central bank did as I expected — no change to interest rates — so let’s do something more interesting i.e. show you how to make money!

A mate of mine went to the US about five years ago and bought five properties. This was when the US housing market was crushed by the GFC and the sub-prime problem.

Homes were cheap as chips but they were good homes. They sounded like ‘McMansions’, you know with pools, double/triple garages, etc. and he was able to rent them out, positively-geared!

The interest rate he got was crazy low and our dollar was 105 US cents. Now that it has fallen, his rent in US dollars when converted to Oz dollars is even bigger!

The properties have now gone up in value with the US housing recovery. As you can see, he nailed it!

My colleague at radio 2UE’s Talking Lifestyle program asked me if investing in the stock market is risky. I said to him it depends on how you do it! I also said it can be as safe as houses, but I should add houses aren’t always safe. Ask anyone who bought an expensive home on the Gold Coast in 2007 before the GFC. Even in Sydney’s Palm Beach, prices fell over 30% or more for some homeowners!

Too many stock-buyers act like punters at Randwick or Flemington on Cup Day. I know this because I often get asked for tips on the stock market. Generally, my answer is to watch my TV show on the Sky Business Channel and if you don't have Foxtel, I recommend my website — Switzer Daily — but now I can suggest my radio program between 4-5pm Monday to Thursday on 2UE.

For the self-managed super fund investor, we have our Switzer Super Report for serious wealth builders, where we get some of the country’s best fund managers, stocks analysts and brokers, who share their insights three days a week for our subscribers.

But as of today, I’ll be tipping that they read this little piece I’ve put together that I’ll call: Investing in Stocks can be as safe as houses!

I have to admit I love property as an investment. As an owner of a property you live in, it’s a great moneymaker, as there’s no capital gains tax when you sell it, if it’s not an investment property.

As an investor, you can collect a nice stream of income while you keep it and you can pick up a capital gain, if you hold it for a few years. And if you keep it for more than one year, the capital gains tax is halved!

And while I love property because it seems to go up most of the time (it doesn’t but it seems to, though it generally is a nice price-riser, especially over 10 years), stocks can be like property.

Let’s do a comparison of stocks to property:

I had two guests on my TV show a few years back and the property guy talked about buying a property in Sydney for $1 million in 2009 and how, with a bit of makeover and a few years rented out where he made money, he sold it for a return of 100% or so.

Not bad money if you can make it!

My next guest was a guy who hated property and loved stocks. He quickly pointed out that in 2009 he bought the CBA stock for around $30. Over the same time as the property guy, he had made 150% on his investment and his dividend yield from the dividends was over 10%, which was miles more than the property guy. And my stocks guy has the benefit of no tenant!

Both investments were good ones but my point is simple:

a) Property is not as safe as houses all the time.

b) Stocks can be simpler and more rewarding.

c) Stocks can be made safer by selecting a quality portfolio and you can make them less worrying by collecting dividend-paying stocks.

Finally, if you can live with the scary times with stocks, (you do this by understanding that your capital will go up and down but it will go back up, provided you have say 20 or so stocks of quality companies that Aussies go to on a regular basis), you can make money like you do with houses.

Stocks are only financial representations of companies. If they make profits and pay dividends, then when you hold them they can be like a property — they go up in value and they pay dividends, just like rent.

Of course, not all stocks are equal, just like a home’s capital gain in Broken Hill has not matched Paddo in Sydney. However, with the right advice from a trustworthy expert or via doing some serious but not-too-complicated homework, you could put together a great portfolio that could compare well to a house.

That stocks guy retired with $5 million in his self-managed super fund and that was so big because he collected dividend-paying shares in his life rather than property. His portfolio yielded about 10% when the GFC hit and his capital fell to $4 million but his dividends only went from $500,000 a year tax-free to $470,000 in 2009. Note how dividends don’t fall like share prices because they’re linked to profits and not silly speculators!

The next year, his dividends rebounded over $500,000 and in the year before he went to France for nine months rather than his usual six months and on a higher Aussie dollar!

This is a guy who actually laughs his way to the bank!