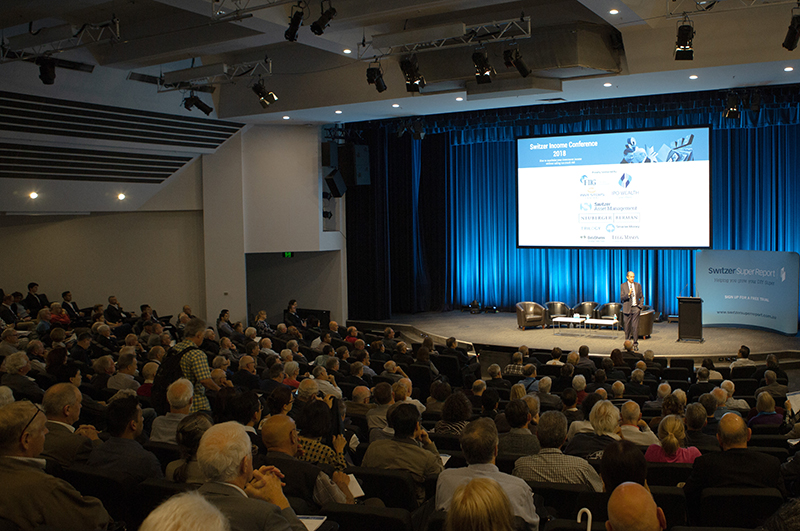 Here's how I try to be right on stocks and property

Anyone who agrees with actress Sophie Tucker who wisely said: “I’ve been rich. I’ve been poor. Rich is better” has to be committed to taking actions that will create a better life. And as a country we should be thinking about this when we cast our vote next month.

The chief economist at Deloitte Access Economics, Chris Richardson, says his team’s computers say that Labor’s tax cut plan compared to the Coalition’s will take 0.3% off economic growth but it will create a socially fairer society.

So that’s the economic equation many of us will have to play around with when working out how we’ll vote, if we vote with our head and wallet, as opposed to our heart or one-eye! For those wondering what 0.3% means, if you think we are growing at 2.3%, which was our last figure, that implies Labor could hurt the economy via GDP reduction by 13%.

So that’s the big picture cost of Labor, according to Deloitte. The economists could be wrong because there are so many moving parts in an economy and hell of a lot of them are independent of government-influence.

I consider these other influences daily for my financial planning clients, my subscribers to the Switzer Report, my listeners and viewers on my radio and TV programmes. It’s why I try to survey an enormous number of diverse and smart people to work out my view. Clearly, if I hung out with economically dumb but funny people, I’d have funny but probably inaccurate views on the economy, investing in stocks, property and bonds.

Note, I not only look for insights from smart people but the diverse as well as contrarian, can, at times, see more than the consensus of well-trained experts. It’s why I tolerate the aggressive, insulting crowd on Twitter, whose approach to economic debate borders on bullying and kicking someone when he’s down and outnumbered. Sometimes, however, they raise a point that should be examined and tested.

On the other hand, I don’t find enough of these tweeting bully-boys & girls ever objectively test out their own views but that does seem to be a mental malady most of us suffer from.

Knowing the value of diverse and sometimes insightful views, my team and I put on what we call “Investor Strategy Days” for wealth-builders and self-managed super fund investors, where I attract some of the smartest fund managers in the country.

It’s a day of insights that we take to Sydney, Melbourne and Brisbane. It’s not just an opportunity to get a day full of money-making observations from expert money-managers but we look at the big issues — internally and externally — that are driving their investing decisions now.

Locally, we assess the impact of the election, how far house prices will fall, what the economy will grow at under the Coalition and Labor, and more importantly, what companies will do well or badly under a Labor or Coalition Government.

Externally, we examine how really smart people are planning to play Donald Trump for the next 20 months before the next US election. And then there’s the probable US-China trade deal, a possible US-Europe tariff stoush, an EU slowing, Brexit and whether China is on the economic comeback trail.

Julia Lee of Bell Direct and I have been talking up the prospects of Chinese stocks since the start of the year after the share market was crushed from early 2018, when trade war talk met a slowing China, and some of the biggest IT companies in the world, such as Tencent, were beaten up badly. This is the Shanghai Composite Index’s over the past year: 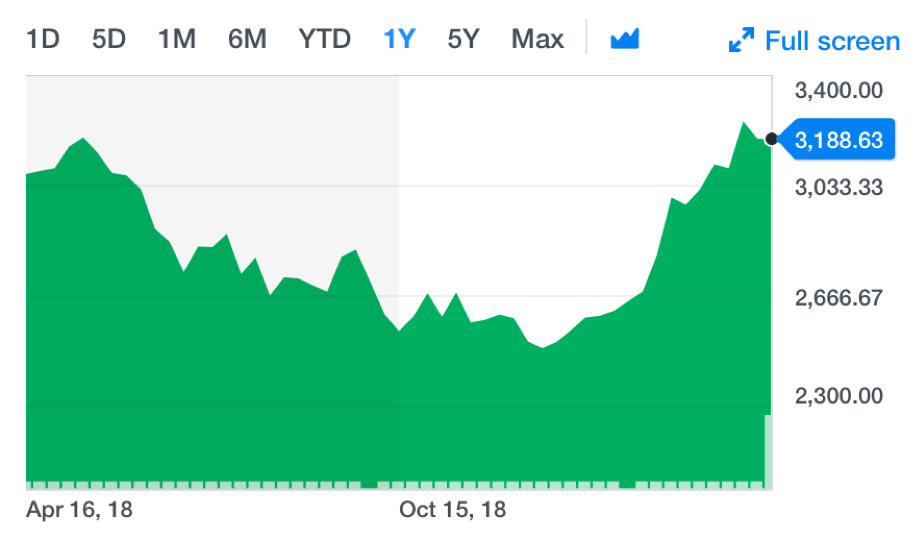 I wouldn’t have been as supportive of ETFs that give exposure to the Shanghai Composite if people like Julia and other experts on my TV show, such as Charlie Aitken, hadn’t been advocating the wisdom of being a contrarian.

The biggest mistake you can make is to listen to the same people who keep telling you what you want to hear. As I say, I seek the views of smart and diverse people, and that’s made all the difference.

In fact, on Saturday, I bumped into a chief economist of a bank at the races, where 40,000 Winx lovers gathered for her farewell race. He’d tipped that we’d see a rate cut or two this year and recognised I wasn’t a big fan of a cut. He revealed that he knows that the RBA Governor, Dr. Phil Lowe, doesn’t want to cut and it would have to be a pretty bad economy for him to change his mind!

(I didn’t tell him I’d change my mind on a cut after the weak growth number recently, though I’m less vocal about a cut since the tax cuts. I suspect Dr Phil is thinking the same thing.)

The point is if you hang out with the right crowd you get the insights, which can be helpful to your investing and wealth-building. But it’s not just an economic crowd.

For our Investor Strategy Days I’ve secured former Senator Graham Richardson, my Sky News colleague, to share his insights on Bill Shorten, what he’d do and be like in government and the chances of him winning and losing. He also has a pretty considered view on Scott Morrison and his chances of winning in a boil over. It comes as the Coalition is making some progress in the Newspoll numbers, with Labor and the Government both on 39%. However, the Greens give Labor a 52 to 48 advantage on a two-party preferred basis.

For our Investor Strategy Days, we’ll have fund managers from Magellan, WCM, Centuria and many more and I’m looking forward to be given insights that will give me a competitive edge in building my wealth. If you can’t make it, make sure you keep adding as many smart people as possible to your circle of influence.

Save 50% off tickets to the Switzer Investor Strategy in Sydney on April 30, Melbourne on May 7 and Brisbane on May 8. All attendees receive a free morning tea and lunch, a limited edition Switzer pack and a whole day of investment and financial seminars. Tickets are selling fast, so click below to purchase your tickets: