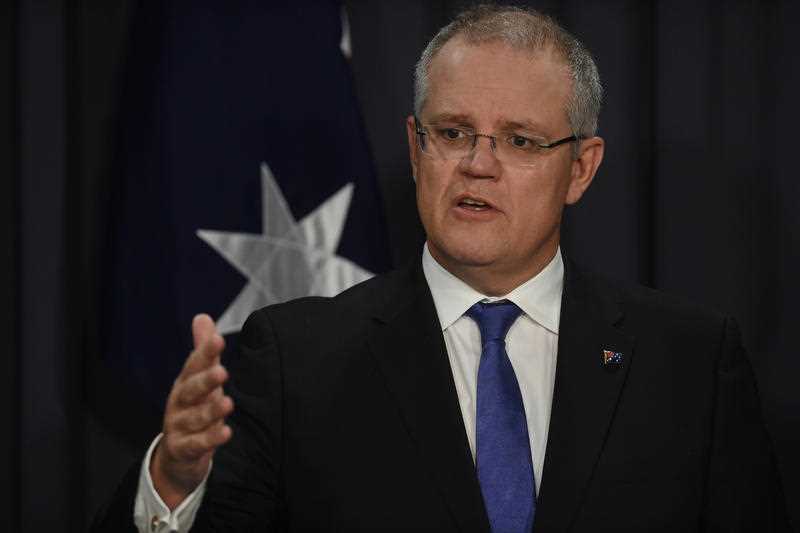 Here are the super changes!

It has been called a backflip, a back down and a concession to the super rich but, in reality, these changes that Scott Morrison announced yesterday show two good things for those of us who, collectively, are looking for better leadership from Canberra.

First, it shows that Malcolm and Scott are listening and taking advice from better sources who understand Australians. Treasury is a good place for money numbers pertaining to Government, but they can lead politicians down some crazy paths.

And by the way, most of the commentary out of the Press Gallery seems to be saying that Labor will pass these changes. This follows successfully talking Labor around to accepting the $6 billion omnibus bill dedicated to Budget savings. So all-up, this is a plus sign coming out of Canberra for the Budget, confidence in our Government and even it's a good omen for Bill Shorten, who looks like an Opposition leader who understands that he can’t look like a “computer says no” man.

I asked Malcolm Mackerras if he thought Bill Shorten’s giving ground on these Budget issues was good for his standing in the eyes of voters and Malcolm surprised me when he predicted that we will see a Prime Minister Shorten some time in the future.

On the other hand, he conceded that Malcolm’s first year was a B- but he agreed with me that political commentators don’t pay enough attention to the strength of the economy that strengthened after Malcolm replaced Tony.

Both consumer confidence and business confidence spiked after the change of Prime Ministers and they have remained elevated. Meanwhile, unemployment continues to fall — down to 5.6% from 5.7% yesterday — and interest rates have fallen, which has helped the economy as well.

There certainly was good luck and some positive policies from Joe Hockey and Tony Abbott, but Malcolm hasn’t hurt the economy and his arrival has seen it go up a gear.

A second reason why I liked these changes to super are that they haven’t cost much and they’re simply fair. They might benefit the super rich because it’s harder to discriminate against them, but it means the hard-working, income-saving and non-excessive spending Australian is not punished for being the kind of responsible Aussie who should be rewarded, or at least not slugged.

The $500,000 lifetime cap dated back to July 2007 was the kind of thing dreamed up by a bean counter in Treasury. It was just too unfair on a lot of baby boomer Australians, who have unbelievably low balances because they worked a lot of their life without compulsory super.

Also, a lot of small business people had zero super and didn’t turn their small business into the Good Guys and sell it for $870 million. Many simply closed their business down with no capital gain, no big profits and no super. These people might have one residual asset that will help them in retirement — their home — which they could sell and roll some of the proceeds into super. The $500,000 cap was just too low.

Some of these were announced on Budget night and were taken to the election, while others were tweaked yesterday.

Sure, some wealthy people will be rushing to get $180,000 times three into their super fund by 1 July, 2017 but they could have done that if Labor won the election.

The bottom line for me is that younger Australians will have great super balances because of compulsory super, but there are a lot of older Australians who were hit super hard by changes to the Transition to Retirement Pension changes and the $500,000 lifetime limit. Yes, they would have survived and done OK but for a lot of them, who have played by the rules, have scrimped and saved to pay off their house, as a super solution, they were set to be slugged harder by a Coalition Government than they would have been under Labor.

Scott and Malcolm have at long last seen sense and fairness. In fact, over the past two weeks, I think I’ve seen Malcolm learn a bit more about politics. He even praised Tony Abbott in Parliament for his defence of Australian borders and for standing up to ISIS!

Smart politicians have learnt a lot from Michael Corleone in The Godfather Part II, when he said: "My father taught me many things here — he taught me in this room. He taught me — keep your friends close but your enemies closer."

A lesson learnt late is better than one not learnt at all and changing dumb policy is smart politics.