Here are my decent obsessions for 2017

One of the great annual disappointments the world shrugs off as “that’s to be expected” is the general failure to keep New Year’s resolutions. It’s in light of this that I suggest you make a new New Year’s resolution a few weeks later, without a bellyful of booze you might’ve had aboard when January 1 ticked over at a second past midnight two weeks ago.

I’m tagging this a winner’s New Year’s resolution and it goes like this: “Write down my goal and plan for winning. Look at the goal and plan every day. Make it happen.”

Note my resolution is not simply a wish but it's a process for winning or for self-improvement.

According to www.statisticbrain.com, the top New Year resolutions are:

Surveys show we have a really high propensity to break these promises to ourselves, and in 2015, a British survey taken by ComRes for the health fund Bupa found that 63% of people gave up on their goal, with 43% lasting less than a month!

The problem is that these are, as I said, goals. It’s like having a goal to have a nice house in a ritzy suburb. It’s just a pipedream if you don't outline how you’re going to do it.

In reality, the only resolution you need to make is one based on creating a process of self-improvement, which is what my offered resolution effectively is.

Ironically, a lot of Aussies who fail to keep New Year resolutions have simply failed to create a process to help them win. Many have actually won in the past but have effectively forgotten how they did it.

One area where a lot of us have a goal, create a plan, commit to a process and make it happen is when we want to buy a house.

Look at the process.

We read www.realestate.com.au and www.domain.com.au, go to house showings as well as auctions and make ourselves ‘experts’ until we snag the property we want.

But how come we don’t apply the same professionalism to getting fitter, thinner, healthier and wealthier?

Over the holidays, I’ve been reading the book Leading by the great Manchester manager, Alex Ferguson. He goes down in sporting history as one of the great coaches/managers of all time. During a 26-year stint at Man-U, he won 38 trophies, with 13 Premier League titles, five FA Cups and two UEFA Champion League titles. 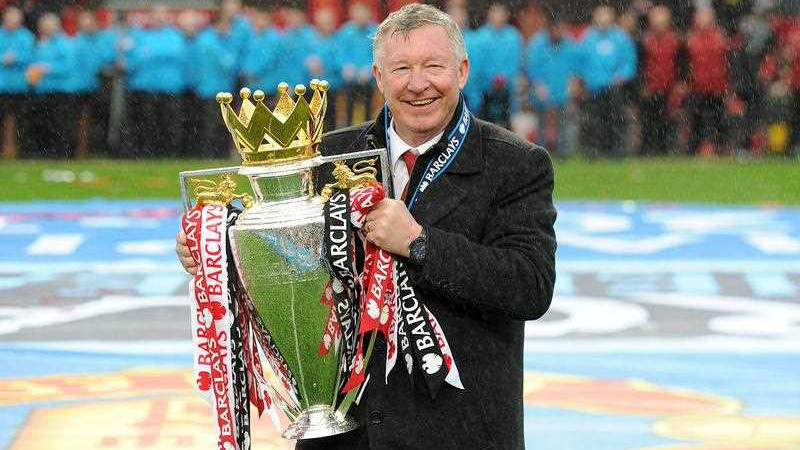 Sure, he had the best but he attracted the best and, in many cases, helped make the best. Sir Alex taught me many things and let me say I’m not a soccer fan — I even call football soccer! — but I’m fascinated with high achievers and what makes them tick and how they inspire others.

When Ferguson reflected on some of the greats he coached, such as David Beckham and Real Madrid legend, Cristiano Ronaldo, he made two points about them that explains their greatness.

First, they were obsessed with success and that meant they worked unbelievably hard on being great at what they do. Just think how obsessed you are about your New Year’s resolution or any other goal you have made half-heartedly and failed to make happen.

Second, they went beyond what normal players did to make sure that their goals were achieved. Ferguson talked about how Beckham would train with school boy squads, after the Manchester training was over. Ronaldo was fanatical about his health and didn’t drink.

I remember many decades ago when close mates were trying out for the Roosters, when the legend Jack Gibson coached the NRL side. In those days, John Peard was the five-eighth for the side. When an exhausting training session was over and my mates were knackered, Peard went off for another run and Gibson told the group: “That’s why he’s the first picked every week.”

One of my favourite books of all time is Malcolm Gladwell’s Outliers, where he points out the observation that many champions or virtuosos in their fields of endeavor have done 10,000 hours of practice.

I recall Gladwell saying that if you spend 10,000 hours practicing the piano, you might end up being a concert pianist. If you only manage 3,000 hours, you’ll wind up teaching music high school students.

Soccer academies also talk about the need for 10,000 hours of skills training to become a 1st division player but talking to a CEO and his CFO of a publicly listed company during the week, the latter added to my Gladwell recollection.

He pointed out that it has to be 10,000 hours purposeful or deliberate practice and you have to have a reasonable supply of talent. Many of us might drive a car for over 10,000 hours and still be an average driver. However, if we studied racing car drivers and embraced all the skills of these guys, imagine how much better you would be.

Last year, Freakonomics.com looked at a 40-something psychologist, Susanne Bargmann from Denmark, who always wanted to be a singer. This mother of two hankered to be a Whitney Houston sound-alike so she sought out the best singing coach, practiced an hour a day, improved, tried singing in public, found a producer and finally released a record!

And under her artistic name — Sus B — “Fall Up” has got substantial radio play. (If you want to listen to it click here).

Ms. Bargmann thinks her massive commitment to her goal serves to show all of us how important commitment to the process of improvement is. “If you have something that you dream about, then do it, don’t hesitate,” she said.

“I really believe that it can inspire people to: instead of limiting themselves to what they think they can, to actually choose something they dream of or they have a passion for, and then experience how they can improve.”

Like Beckham, Ronaldo and Bargmann, you have to have a goal linked to a desire. Then you have to be obsessed to make it happen. But what if you know you have a weak spot?

Then get a coach, a mentor or some hard-arse who will make you commit. 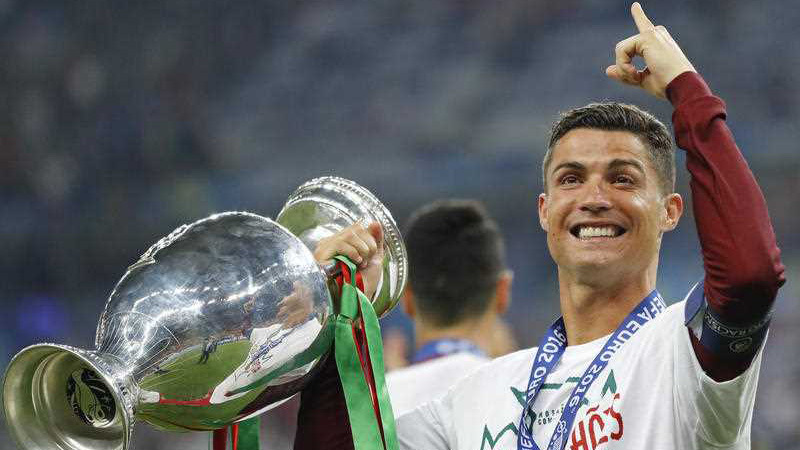 Portugal's Cristiano Ronaldo with the trophy at the Euro 2016 final soccer match between Portugal and France. Source: AP Photo/Frank Augstein.

When I kicked off my TV program on the Sky Business Channel, my son Marty said I looked overweight. I told him that TV adds five or six kilos. He thoughtfully said: “Then you should lose six kilos.”

I said I’d go on a diet and do a lot of running but he reminded me that I’d been trying to lose that weight for years. He actually said: “Why not take the advice you give your audiences and get expert help?”

Good point — he was taught well!

I went to a dietician, who explained how weight went on and how it can be lost. She weighed me each week and this lovely South African lady (who I nicknamed Arlene the mean, lean dieting queen) helped me lose 10kgs in 10 weeks!

In 2016, I committed to making Weekend Switzer the vehicle in which I self-improved, and help others do so as well.

And in 2017, I’ve promised myself (and now you) to take this new, improved Peter Switzer and his self-improvement show to a whole new level.

The message is this: get obsessed about your goal and get the process right and I bet you won't know yourself.

One final thing. Last year I committed to 100 push ups a day but Alex Ferguson in his book revealed Bryan Robson — a Manchester United great — used to do, wait for it, a 1000 a day!