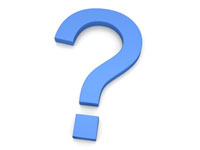 Have we turned the stock market corner or will negativity prevail?

This is a huge week! No, not because Switzer is back hosting Switzer as of Wednesday, though that’s pretty important. It’s because at the end of last week, we hit the stock market corner but the question is: have we turned the corner?

Complicated calculations aside, we’re down 7.1% already in 2016, so the 75 point rise over the past two trading days is comforting. However, it proves nothing when we try to answer the question: “Is the worst of this current sell off behind us?”

I have to say the 210-point gain on the Dow Jones, (that’s 1.33% rise) on Friday should help us go positive again and the 2% plus rises of the S&P 500 and Nasdaq indexes are even better to build market confidence. But I can’t argue that we’re out of the woods just yet.

However, by the end of this week, the issue might be clearer, with a deluge of data on the US economy and company earnings, combined with some central bank decisions that could either help or hurt market expectations.

Recall that a prime mover in the turnaround of stock market sentiment late last week were the comments of Super Mario Draghi, the boss of the European Central Bank. He alluded to more stimulus at the ECB’s next meeting being on the cards. As a result, stocks took off. Why?

Well, more stimulus suggests lower interest rates and faster economic growth, which should help commodity prices. We saw oil go from a low around $US26 a barrel to retest $US32 a barrel by week’s end.

This week, the Japanese central bank is expected to add more stimulus and the US Fed will probably hint that it won’t be raising interest rates too quickly, which will calm a few nervous Nellies, who were expecting four rises this year.

Actions by central banks should also hose down those morons, who are getting all hot about a looming recession in the US, which could go global.

Sure, mismanagement by central banks and governments remains a risk but all the economists I respect both here and abroad aren’t seriously tipping a recession.

Another related big watch this week will be the run of economic data, with the Yanks looking at home prices consumer confidence, durable goods orders and economic growth.

Even more interesting will be the final assessment of the profit reporting of, wait for it, 402 US companies! This snapshot will tell us a lot about the US economy, the outlook and where share prices should go.

Locally, I look forward to seeing Wednesday’s NAB business survey to see how business confidence and conditions are tracking and inflation on the same day will be interesting, though I don’t expect anything dramatic there.

This week is all about E’s — earnings,  economics and the eggheads at central banks!

If data and the decisions of the central bankers are better than expected, we might just get better-than-expected stock price results.

Remember when I showed you the 10 bad things compared to the four good things that explained why markets were falling, a lot of the baddies were speculative views on what was likely to happen. If the data and decisions this week are more positive than was factored in by stock sellers, then we could see a nice scramble to buy.

If it doesn’t happen in my hoped for way, we could go back to the fear and dread we’ve had since the start of 2016. Hell, I don’t think my hairline could take anymore of that!