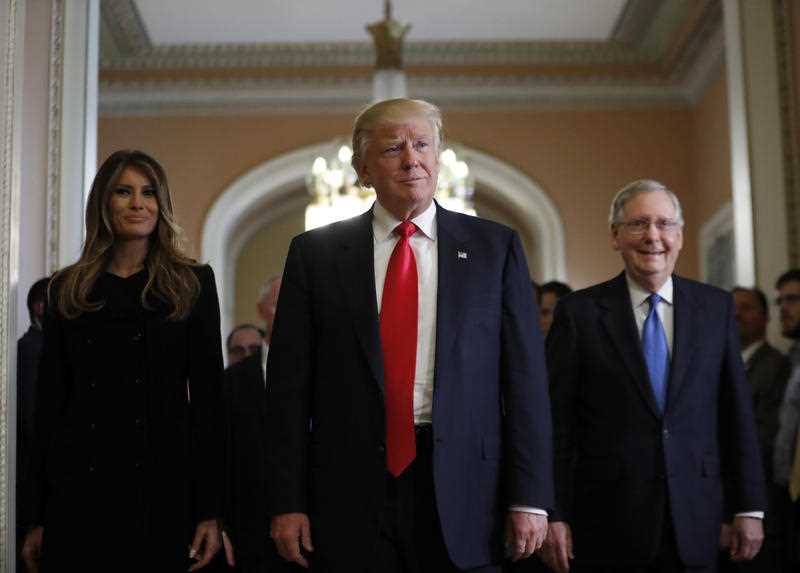 I start writing nowadays around 5am so we have three hours until Wall Street takes the closing bell but, right now, the Dow Jones is up 203 points*. And if it ends up triple figures again then Donald’s surprising acceptance by the markets might shock a few hard heads.

Last night on my Sky News Business program, I interrogated Charlie Aitken of Aitken Investment Management and Michael McCarthy of CMC Markets on how a market that hated Trump before the election result was able to be so accepting after that very different Donald Trump we saw with the acceptance speech?

Both conceded that the speech had an effect, but the real reason for the huge rebound of the stock market was that a lot smarties, who made bets against Trump, scrambled to reduce their potential losses. In the business it’s called a short squeeze.

Let’s think of Donald as a stock that the market doesn’t like. When hedge fund managers and other traders think a company stinks, they short sell the company hoping to make money when their judgment call is proved right and the share price falls.

A few years back, a lot of journalists and fund managers thought Gerry Harvey was too old to get the online retail world right so Harvey Norman was heavily shorted. Its share price fell as a consequence of the market knowing about the level of shorting, which is publicly revealed by the ASX. When Gerry proved them wrong and his retail business kept increasing sales, the doubters quickly reversed their positions so Gerry’s share price soared.

In many ways, the Trump victory created a short squeeze play, especially when it appeared that the market wasn’t as worried about Donald.

I initially thought a Trump victory could create a 5% sell off. Others said 10%. When those who were too negative were proved wrong, the scramble led to the big rebound on stock markets that we saw yesterday. Our market was up over 3% (or 172 points) but we sold off pretty hard on polling day.

Trading overnight should have given us a better understanding on what the market really thinks of Trump. European markets showed caution, with the German market down 0.15%, the French off 0.28% and the Poms more negative down 1.21%. However, the overall US market view remains positive but some sectors are less enthusiastic. The high-tech Nasdaq index was down 0.5% but the broader Russell 2000 index, which has 2000 smaller companies, was up 1.77%.

There could be some rethinking on Donald, but for a second day the market is coping with the prospects of a President Donald Trump. Americans have their faults but forgiving quickly, at least of each other, isn’t one of them.

What Donald said about Hillary and what she said about supporting him and what President Obama said overnight — “I was encouraged by my excellent discussion with Trump in the White House” — proves my point.

The public face of victory and being vanquished is a credit to team America.

So why am I so forgiving and I haven't an American bone in my body?

My biggest fear about Trump was on what the market would do and its impact on business and consumer confidence. The pre-election gyrations confirmed my suspicions but the post-election reactions of Americans and the market currently show me that we market-types were unnecessarily too worried.

Of course, this is still early days. However, if this Trump acceptance is sustained, then the Fed should raise interest rates in December and then 2017 (which I think is poised to be a good’un) won’t get trumped by a slumping stock market.