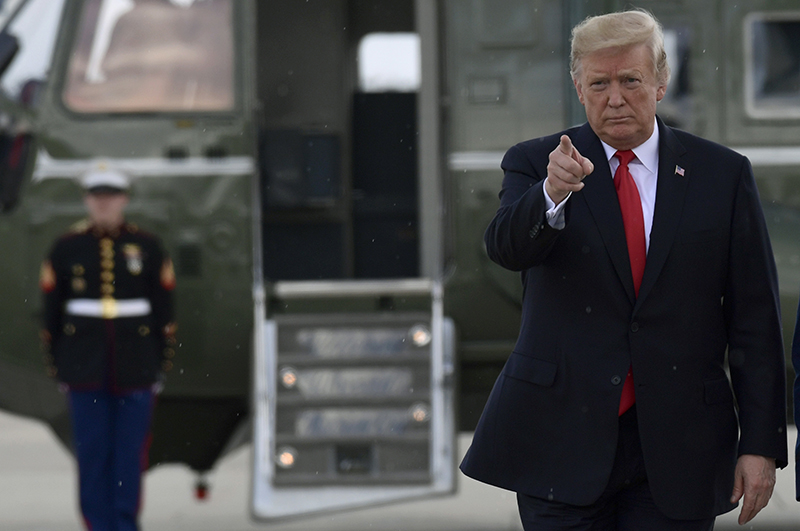 Has Trump trumped Trump land and the stock market?

So the question the stock market is asking right now (even if the key spokespeople who describe what’s happening won’t admit it) is: has President Trump trumped ‘Trump-land’?

When I crawled out of bed this morning, the Dow was down over 500 points, with all the major US market indices down 2% plus and 64 of the 65 S&P tech stocks down for the week! A great market barometer (Dow transport stocks) was down 3% and a quarter of S&P companies in the index are in a bear market!

Meanwhile, the tech-heavy Nasdaq index is heading for the lowest close in three months, and big names such as Netflix is down 21% from its one year high, though it’s still up 70% for the year. Facebook is off 30% from its high and Amazon is down 12%, so it’s in correction territory.

This is all ahead of reporting season (the Yanks do it quarterly, while we do it half-yearly) and there was a fair bit of conviction behind the selling overnight.

So why is it happening? This chart tells a lot of the story. 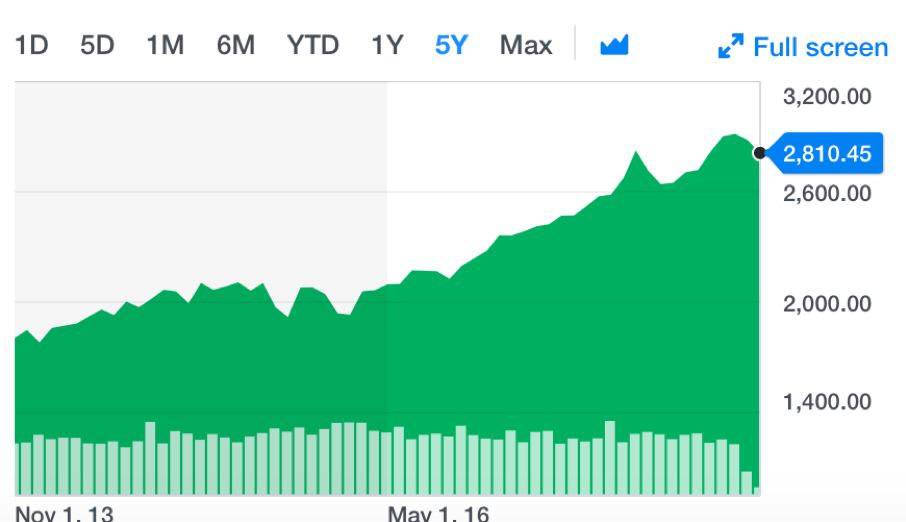 But it’s not just a matter of FANG stocks (Facebook, Amazon, Netflix and Google) being de-fanged but there’s a few Donald Trump fingerprints on this ‘robbing’ of stock market value.

The US is dealing with higher interest rates, which are on the rise because of Trump’s tax cuts, his bigger budget deficit and reduced regulation. These have all brought greater growth and jobs, with unemployment at 3.9%, which is the lowest rate since 1969, when we thought “Sugar, Sugar” by The Archies was a good song and was number one on the Billboard Hot 100. But it has pumped up inflation, so rates are on the rise.

Higher raw material costs (while this is more driven by stronger world economic growth) and the USA’s contribution via Trump’s pro-growth policies have helped global growth spike to 3.7%.

This US growth has forced the greenback up and other currencies down for Americans, so some US companies are losing business. And this has been on top of some companies either copping tariffs on their goods or paying higher input costs because there are Trump tariffs on these imported goods.

Throw into the stock market mix that investors now see higher interest rate bonds as more attractive than a few years ago, the stock market being so high and the fact that investors are rotating out of growth stocks into value ones that have been ignored as FANG-like companies were preferred, and you have a recipe for a sell off.

And don’t forget, President Trump’s party (the Republicans) soon gets tested in the November 6 mid-term elections, so why wouldn’t those professionals who have made money out of Donald Trump, now be taking their money off the table.

I think this is a sell off and not a prelude to a crash and will prove to be a buying opportunity. This is what happens when a stock market gets into the euphoric stage: it becomes volatile and it’s no place for the feint-hearted.

And it’s particularly scarier when Donald Trump is the US President and he’s declaring war, albeit a trade one, on the world! By the way, the Dow was down over 800 points as I finished this story and it’s going to be a bad day at the office for local stocks. What Donald giveth, Donald taketh away.