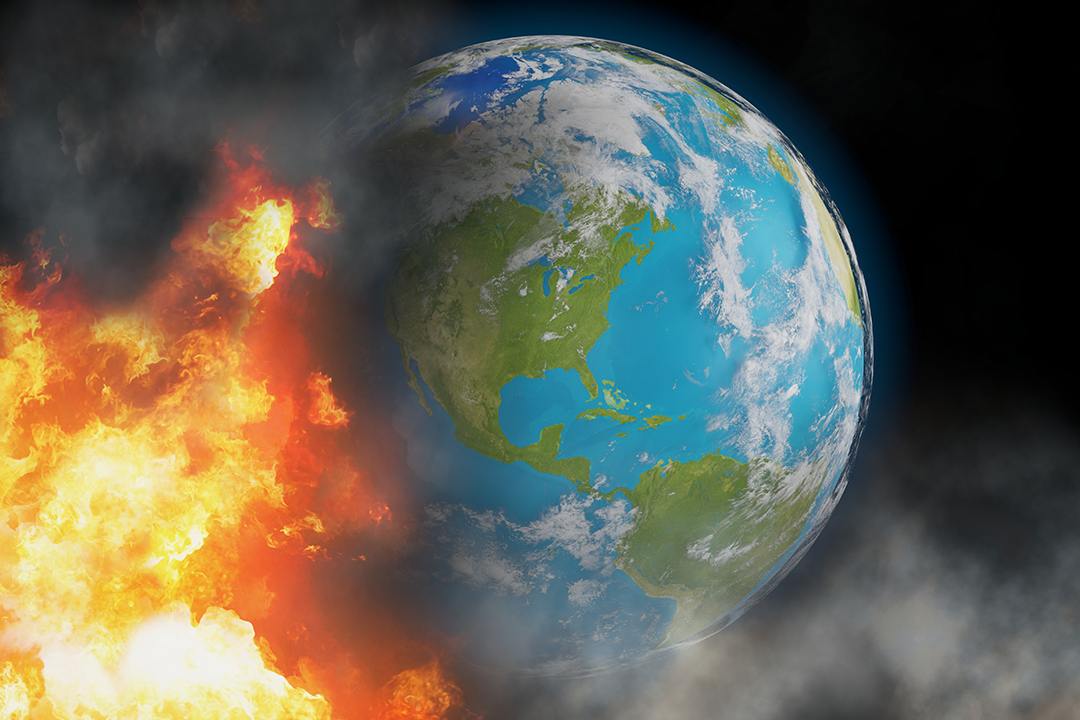 Has the world gone mad?

I know Woody Allen is not regarded as highly as he used to be and while I can’t play judge and jury on his past, some of his observations on life still ring very true in many circumstances. And as I read one of the world’s greatest investors, Ray Dalio, who comes to Australia soon, that the world has gone mad and that’s why it won’t grow, it made me think of my favourite Allen quote.

When the world was scared to our back teeth about a nuclear war in the 1960s and the number one song on the hit parade was Eve of Destruction by Barry McGuire, Allen came up with this satirical and humorous pearler: “More than any other time in history, mankind faces a crossroads. One path leads to despair and utter hopelessness. The other, to total extinction. Let us pray we have the wisdom to choose correctly.”

Dalio is the founder of Bridgewater Associates, which is the world’s largest hedge fund manager and he’s getting on board with the doomsday brigade. On CNBC this week he summed up his view this way: “The world has gone mad and the system is broken.”

Of course, he could be wrong and he could be talking his book. On that subject, in his great book titled Principles, he explained how the computer age with its enhancement of algorithms had made his investing better. He argues that what he had to process in his and his colleagues’ brains about what influenced investment markets now could be handled better by super smart computers. More could be taken in and more could be processed to look for links and relationships between changing things in the world. And, as a consequence, better responses as well as investment decisions were possible and probable.

Despite that, or maybe because of that, Ray now tells us the current world is so frustrating that he’s calling it M-A-D!

Here’s his argument in a nutshell: “Large government deficits exist and will almost certainly increase substantially, which will require huge amounts of more debt to be sold by governments — amounts that cannot naturally be absorbed without driving up interest rates at a time when an interest rate rise would be devastating for markets and economies because the world is so leveraged long.”

The US deficit for 2019 is $US984 billion, which is a 26% increase. There hasn’t been a rise like this for seven years and that’s when the US was trying to beat their Great Recession that came out of the GFC.

But they’ve been doing this since the GFC and a lot of the money has gone into the stock market to buy stocks in companies that don’t make a profit! Did he say the world has gone mad?

This once $US46 company is now $27, as the blue sky of a digital disrupting business is now itself being digitally disrupted by DiDi, Ola, GoCatch, Taxify, Scooti and Hop — and that’s just Australia!

I don’t think the world is really mad but it is changing and regulators/governments are finding it difficult to cope. But that’s nothing new. Anyone who hasn’t been a big drinker might recall the 1980s, when deregulation of the financial system led to a stock market boom, a real estate boom, the 1987 stock market crash and home loan interest rates that topped out at 18%, which was a forerunner to the 1990 recession.

Central banks and governments didn’t understand the new world of deregulation (which economists call structural change) because the structure of the economy changes and it leads to more changes.

It started with deregulation but spread to unions and wages and then business as it lost tariff protection. So we found productivity increased and sowed the seeds for the 29 years of continuous growth we’ve enjoyed since the “recession we had to have.”

Undoubtedly, a recession will eventually bob up as a consequence of the madness that Ray Dalio is worried about but it could be some time off because interest rates are so low and the age of the Internet, online trading and transactions, and the fact that bookkeepers in Crows Nest Sydney are competing with bookkeepers in Manilla NSW or Manila in The Philippines, shows just how different our world is nowadays.

Competition has driven down the price of most goods and services, which in turn has hit profits. And it explains why wages aren’t rising.

Donald Trump’s trade war couldn’t have come at a worst time because digital disruption was a brake on economic growth as developed economies lost demand to less-developed countries (LDCs), which explains why Donald took on the Chinese, who were known for their fair play when it comes to trade. When they were an LDC, we cut them some slack to help them grow so their people could get a taste of good old capitalism and it was a nice encouragement to ditch full on Communism. But now China is the second biggest economy in the world, the Trump tariff play was understandable. That said, the world economy facing the issues in the EU with problems such as Grexit and then Brexit, meant his trumping of the world from China to Canada to Mexico to Europe couldn’t have come at a worse time.

Ray has good reason to worry but no one knows how it will end. I’d bet a recession but I’m not saying in 2020 because the central banks of the world are engaged in the repair programme much earlier than ever before and that’s because they haven’t ever left since the 2008 GFC!

Impeachment talk has been good to make the US President hasten to get a trade deal that could help the stock market and encourage businesses badly affected by the trade war issues to invest, which would get the US and world economies growing again.

The very fact I can write that impeachment talk could help save the world from a global recession anytime soon proves Ray is right when he says “the world has gone mad.” However, I think the world is always going mad  — it’s just a different kind of madness that usually ends in a stock market crash and a recession.

We then ‘learn’ from the experience and start all over again, which does sound kind of mad, doesn’t it?