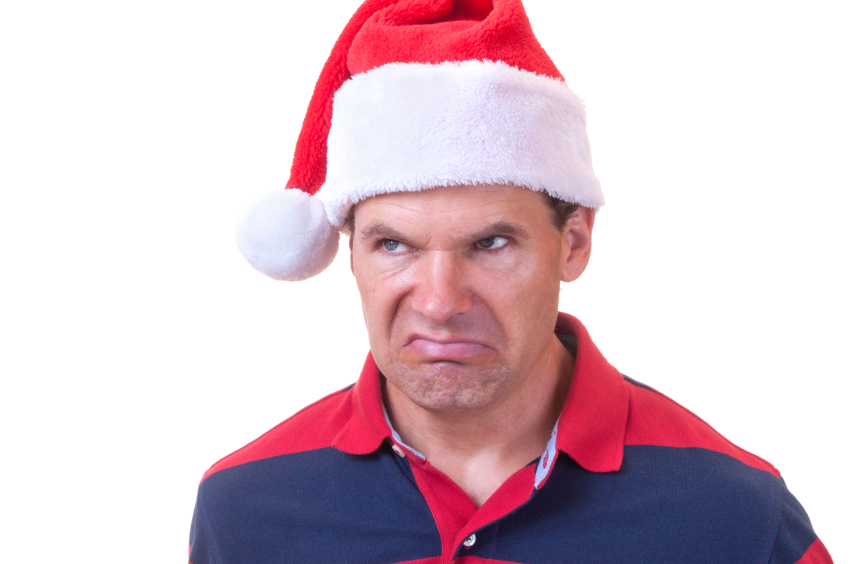 It’s December 15 and Christmas is not supposed to be like this! Wall Street was negative over the weekend and we lost 100 points on the S&P/ASX 200 index on Monday and Europe has had a bad day over here too. Unless the Yanks give us a strong lead-in, which looks unlikely based on the early start out of New York, then it could be another bad day for stock players in Australia.

As I say, it’s not supposed to be like this. History tells us that stocks do well over this merry, festive month of December.

The Santa Claus rally has come up with positive pay-offs for investors in 34 of the past 44 holiday seasons, the 2015 Stock Trader’s Almanac reveals. The period in question covers the last five trading days of the year and the first two trading days after New Year’s.

The average cumulative return for this period is 1.6%.

AMP’s Shane Oliver was rooting for a Santa Claus rally early in November when he said: "Shares are cheap relative to bonds; monetary conditions are set to remain easy and the Fed is unlikely to do anything to threaten global growth. This in turn should help see the global economic recovery continue."

He pinned his expectations on economic recoveries in places like here, the US and Europe and, believe it or not, those places are looking pretty good. So why the negativity?

Oil is the fly in the ointment. Despite the fact that lower oil prices are the greatest worldwide tax cut, which should pump up the global economy via the income effect of lower petrol prices and lower costs to businesses, we remain over-influenced by the impacts on companies such as BHP and energy companies.

Ironically, these companies are a lot less important to the overall index nowadays as their share prices slide but still markets are heading down because we just don’t know what lies ahead.

Undoubtedly, there is confusion about how markets will respond to the Fed’s expected rate rise this week and how a rate rise will affect the US economy and then the global economy.

The oil price fell below $US35 a barrel for West Texas Crude. While this is bad news, it’s scarier to learn that the Saudi produce oil at $US3 a barrel, while the Russians cost out at $US13 a barrel! And these two are big sources of the current oversupply problem.

There is also bond market nervousness after a junk bond fund called Third Avenue told investors that they wouldn’t allow withdrawals. The Fed being set to raise rates makes this even more uncertain and what we’re seeing now is uncertainty.

Personally, I think we’re now in buying opportunity territory, again, with this year proving a 200-point plus slide has been a signal that a money-making situation has developed. However there could be more downdrafts until the Fed acts on Wednesday, US-time.

Based on history, the Santa Claus rally could show up in the seven days around Christmas and New Year but if oil and the Fed steal our special day’s rally, then I reckon it shows up in January because the economics is still keeping me positive.

And if the Fed raises, as I expect, then it must be a believer that the positive economic outlook I’m talking about is the real deal.