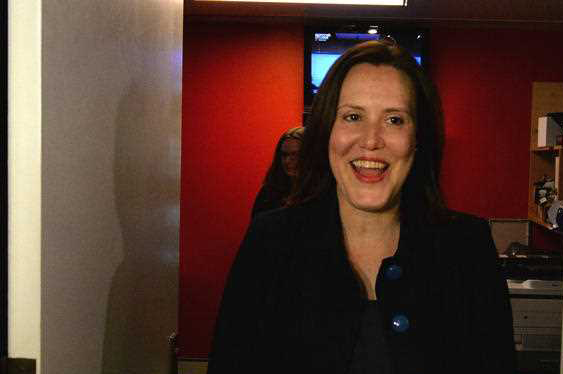 Has Malcolm made a small business mistake already?

Wall Street is not helping our new PM Malcolm Turnbull in his strongly implied goal to turnaround consumer and business confidence, with the Dow Jones index down 290 points (or 1.74%) on Saturday morning our time. However, the Prime Minister might have made a boo boo in wanting to drop the Small Business Minister, Bruce Billson to a more junior portfolio.

In his place is the very capable Kelly O’Dwyer, who has been a beneficiary of Malcolm’s ‘more women ministers, please’ policy. The problem is that Bruce Billson has been the best Small Business Minister ever!

Big call? Well, I’ve known, interviewed, analysed and worked with every small business minister since 1994 and before that time, most governments didn’t give a hoot about small business.

Many said the right things and would always make promises about reducing red tape, but this small business portfolio often attracted the biggest work dodgers of all time. They also were afraid to take on the heavies in Treasury, Finance and the Prime Minister’s department but Billson really gave it his all and no one in the small business sector I know has a bad word to say about him.

And let me say that over the years, the passing parade of the plethora of Small Business Ministers has attracted their detractors and critics.

In only May this year, the SMH ran a story with the headline: “Meet Bruce Billson, the evangelical minister for small business.”

This is how the story began: “Bruce Billson talks about small business the way other people talk about God or football or their favourite band. With a devotion verging on obsession” it went. “Tony Abbott calls him Pastor Bruce - the ‘evangelist’ within cabinet proselytising for Australia's 2 million small business owners.”

Billson was the prime mover of one of the Abbott Government’s best policy decisions — the $5.5 billion small business package, with its $20,000 instant asset write off.

Someone who will be cranky this morning will be Peter Strong, the executive director of the Council of Small Business Organisations of Australia or COSBOA.

This is what he told the SMH only four months ago: “Someone like Bruce comes along once in a lifetime — he's delivered things we've been trying to get through for 20 years."

This decision by Malcolm could be a big mistake unless Kelly, who has always impressed me as a politician, really steps up to the plate.

Bruce has picked fights with banks, franchisors and had been taking on the big supermarkets over something called the “effects test”.
Under current competition law, The Conversation website explains: “One must prove that the relevant party had substantial market power, that it took advantage of that power, and that it did so for a “proscribed purpose” (generally described as an anti-competitive purpose).”

Trying to prove a big business had market power is pretty easy but courts have had problems with the latter two issues of taking advantage of the power and did the winner do it to be unfair on the small business?

Ridiculously, courts must have assumed that big businesses just got lucky when their actions completely screwed small business rivals.

With the effects test, the bottom line becomes: did the conduct of the big business have the purpose or likely effect of substantially lessening competition?

Clearly, Billson would have ruffled a lot of big business feathers and it’s going to look pretty crook if Kelly doesn’t come out swinging in support of the effects test.

It won’t look great for Malcolm either, as he is a champion of small IT-type businesses that will one day become great big exporters and employers. Imagine if big recruiters of the past had prevented Seek.com.au taking a stranglehold of job finding in this country by some anti-competitive strategy.

Most of Malcolm’s Ministry changes have some rhyme or reason to them but this one — O’Dwyer for Billson — looks unreasonable. As I say, I wanted to see Kelly in the first grade team in Canberra but I didn’t want to see her in that position.

She better start kicking goals early for small business and she better run the ball at the effects test or she will cop a lot of criticism from the group she is supposed to be playing for.

P.S. Kelly has also been made Assistant Treasurer, which underlines her perceived quality, but I hope it does not distract her from her small business gig!