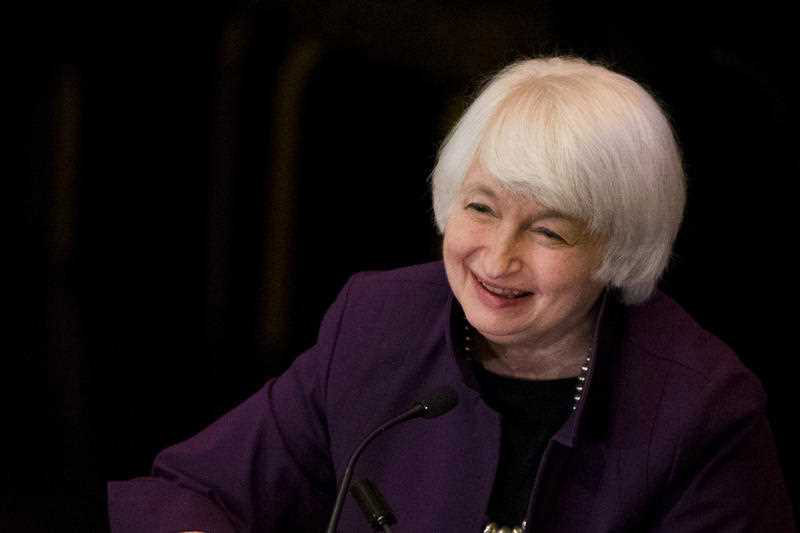 Has America grown up? Stocks up despite two rate rises ahead

What just happened? Has America grown up? Did the Fed boss, Janet Yellen signal there were two interest rate rises this year and the Dow finished up overnight?

Let me explain because I think I’m looking at some really good news but it might need some closer analysis.

The Fed Chair, Janet Yellen, spoke overnight at a shindig in Philadelphia. Following the bad job numbers last Friday, where 38,000 jobs showed up instead of the 164,000 expected, it was thought the June or July rate rise could be delayed to September and that one rise for the year looked like the limit.

Well, the headlines this morning asked: did Janet just indicate two rate rises are on the cards? And Yellen virtually advised Americans not to get too stressed about the weak job numbers for May.

All that’s a very grown up approach for Ms. Yellen. For the stock market to also play grown ups and be a net buyer of stocks in the face of these Fed hints, is progress with a capital P.

Yellen told the audience she was talking to that "Although this recent labor market report was, on balance, concerning, let me emphasize that one should never attach too much significance to any single monthly report."

She also underlined the progress for wages growth. On that, she observed — I suggest happily — that it might “finally be picking up.”

Until recently, the people who want to think the worst would dismiss month after month of around 200,000 jobs being created, by whinging about the lack of wages growth. It was thought that this US recovery might be a second-rate one, with very little income growth.

If that view gets smacked to the boundary over coming months, it could be another step towards the US economy starting to look like the normal economy we expected before the GFC came along.

But where was the hint that two rate rises were coming? Jeff Cox of CNBC says the following from Yellen overnight points to such a conclusion: “But speaking for myself, although the economy recently has been affected by a mix of countervailing forces, I see good reasons to expect that the positive forces supporting employment growth and higher inflation will continue to outweigh the negative ones.”

In making these remarks, she harked back to the March meeting of the Fed on rates, where it was strongly hinted that two rate rises this year are on the cards. She made it clear that she thinks the view on the economy then was similar to what she still expects, but she admitted that the odd piece of data, such as the latest bad jobs report, needed to be watched to ensure a slowdown trend was not emerging.

Cox argues that her language says she expects an improving US economy and that two rate rises are possible. However, local economic readings and international forces could sway the Fed into a more cautious direction, so only one rate rise might result.

The market doesn’t agree with Cox, with the smarties, who work out these things, giving a second rate rise by December only a 21% chance of happening.

Maybe that’s why the Dow was up. American stock market investors might not have grown up and stocks have risen overnight because they love low interest rates, which make stocks more attractive.

I really hope Cox is right. I hope Americans have grown up and that the US economy defies its critics to grow stronger than expected, creating inflation and the need for rising interest rates.

I’m sick of this post-GFC economic world that we live in of slow global growth, low wages, subdued consumers, scared businesses that won’t invest and sideways stock markets. However, I do have to concede that what we’ve lived through since 2008 is a lot better than what a Great Depression Mk II would have delivered.

For an optimist like me, I liked this from Yellen: "I see good reasons to expect that the positive forces supporting employment growth and higher inflation will continue to outweigh the negative ones."

I hope she’s right because it will be good for the US economy, the global economy, our economic growth and our stock market.