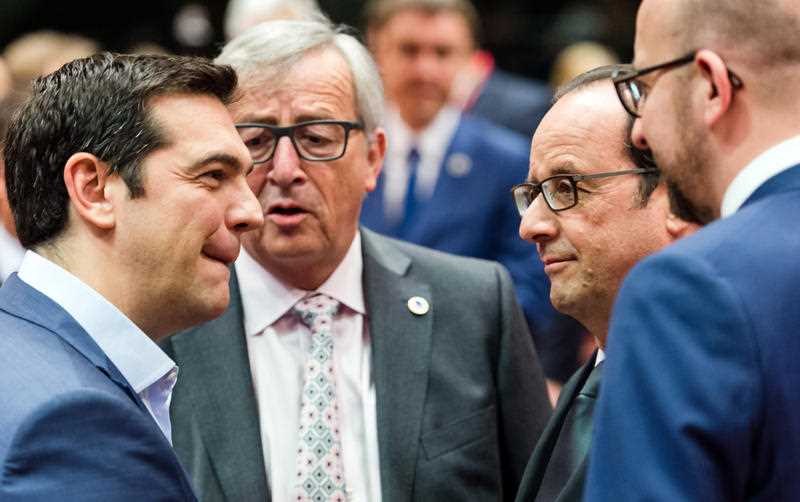 Greek negotiations drag out - this is not good!

In the latest from Brussels, the 28-member meeting of the European Union was cancelled and Eurozone leaders met instead, and the conclusion was negotiations have been better than expected. The thrashed out deal now goes back to the Greek Parliament and if they can’t accept it by Wednesday then a Grexit — either temporary or permanent — could follow.

If the Greeks say yes then a bailout deal will be worked out.

Markets have little reason to be confident that a deal will happen, though it could.

It’s all Greek to all of us!

The long drag out of these negotiations is not good. Sure, there is a lot at stake for both sides with the Greek Prime Minister, Alex Tsipras needing to get some kind of win to justify that referendum stunt last week. And of course he does need to get a bailout and reform package that gives Greece a chance to grow and that will not only help to create jobs but even gives them a chance to grow.

On the other hand, the EU leaders need to appease the debtors who look certain to cop a big haircut either way if Greece stays or go. And creditors are saying they need to see some of the austerity measures implemented before negotiations on a new rescue deal even start.

I guess in crew cut terminology will it be a 1 or a 3?

Then there’s the issue of if they are too soft on Greece, then the likes of Portugal and Italy could easily whine “what about me?” And on top of that, this all has to be weighed against the cost of a so-called Grexit.

Could it result in contagion where others, sick of austerity and debt repayment, opt to give the Eurozone the flick, which would have a disastrous impact on member economies and then on stock markets. The uncertainty of the
very thought of a Eurozone break-up would be a market-crashing experience, globally.

Unfortunately, we’re in this worldwide economy together and if the failure of Lehman Brothers can lead to a GFC, then what would a Eurozone demolition do?

Now, surely the EU has prepared for a possible Grexit. Once the left-wing Syriza Party took office, it was always going to be tough going negotiating with the likes of Tsipras and his ‘rock star’ Finance Minister, Yanis Varoufakis, who resigned last week.

This had to be seen as an olive branch from Syriza to the EU negotiators but history — or was it Shakespeare? — has taught us to “beware Greeks bearing gifts.”

The word coming out over the weekend can be summed up as:

So how Tsipras reacts to the demands will determine how the stock market responds this week. If he thinks he can sell this to his colleagues in the Greek Parliament, then stock markets will love it but if it’s the opposite, then prepare for a tough day at the office.

Some reports say, despite the sacrificial lamb of Varoufakis, apparently the leaders of Germany, France and others have given it to Tsipras from the outset, so the Greek PM has a lot on his plate in Brussels as well as in Athens.

In Greece they have a new saying: “Beware of Europeans bearing debt.”

Away from Greece, locally we get the latest reads on business confidence and consumer confidence on Tuesday and Wednesday and it would be nice to get a double dose of positivity. Meanwhile, overseas there’s China trade and economic growth figures, which could affect stocks, especially if they are disappointing. That said, this is bound to be another week where ‘Greece is the word’.

I’m praying for good sense to prevail but I’m not putting any new money on it via my stock market investments. I’d like to but I think Greeks and Europeans generally are very set in their ways.