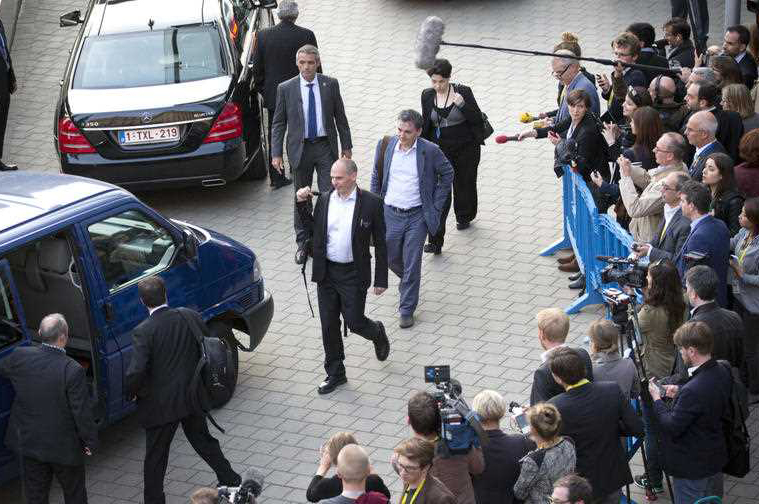 Greek debt deal rejected! Or was it?

Sitting on the Greek island of Lemnos I’m awaiting the update on whether Greece’s lenders will accept the latest proposals that were well received earlier in the week, which resulted in some big spikes in stock markets around the world.

These falls are nothing like the rises earlier this week when the DAX spiked over 4%, but these falls are linked to “Concerns over Greek Deal” headlines.

At this stage the news has come from a Greek official, who has reported that his Prime Minister, Alexis Tsipras, has revealed the plans have not been approved by the country’s creditors.

This unfortunate revelation is at odds with another report from another “Greek official” who was confident that the “reforms for cash” deal would get the thumbs up from its lenders.

However, the key question has to be: does the fact that the plans have not been approved mean that they will be rejected or is the approval process taking more time than most market players would like?

I’m a believer in the latter, given I think another rejection (with the June 30 debt deadline looming for the Greeks) will have a pretty negative market effect.

The positivity we saw earlier this week on the expectation that the plans would be passed, reinforces my view that the stock market won’t like the uncertainty of what will happen on June 30 if the Greeks can’t stump up €1.6bn for an IMF loan.

This game of tennis between the Greeks and the European Commission, the IMF and the European Central Bank has been dragging on for five months. If there’s no big tick this week for the latest offering, Greece won't get the final €7.2bn tranche of bailout funds.

The news before I went out to dinner on the island of Lemnos (where you’d never know that there’s a serious economic problem) is that a rejection of Monday’s proposals has happened but counter-proposals have been tendered.

A Thursday deadline has been imposed so the Greek Parliament will have time to approve any changes before the end of the month and D-Day for Greece’s debt, a possible default, a return to the drachma and a new chapter in this drama.

However, after dinner, the BBC says PM Tsipras has given his creditors a gob full for rejecting his proposals, though they did come before the final rounds of discussions that wind up on Thursday night.

Regrettably, the German Finance Minister Wolfgang Schaeuble said he was "not optimistic" about reaching a deal on Wednesday. I guess you could optimistically hope that it happens on Thursday, which kicks off at 1pm Brussels time or 10pm Aussie time.

What eventuates will be news that you will wake up to on Friday morning.

For a positive finish on the subject of Greece, our tourist arrivals rose by 3.8% in February while departures rose by 0.2%. Over the past year there were a record 873,500 tourists from China, double the level just over four years ago.

However, focusing on where we go as tourists, there was a record 74,100 Aussie tourists who visited Greece over the year and that’s up 21.3% over that time. And if the Greeks blow these debt talks and drop the euro, a holiday here will be so cheap that Australians will be queuing up to say “Yassu!”