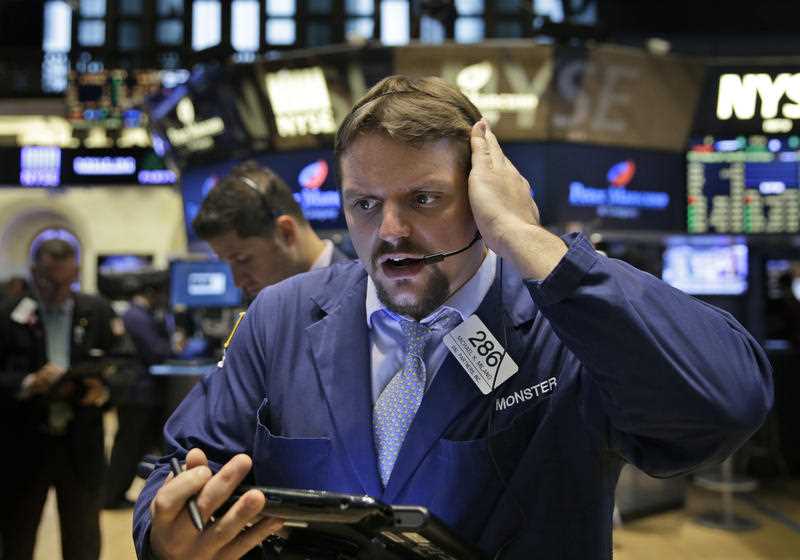 Greece spooked us, China scared us but Wall Street shocked us!

Just when Greece and China have been rattling stock and bond markets along comes a technical malfunction of the New York Stock Exchange! Yep the biggest most watched indexes — the Dow Jones and the S&P 500 — were stopped at 11:32 am but it was not a stunt that the Chinese have been pulling off to prevent panic selling, it was a gremlin in the system!

This was a shock development and given the anxiety over Greece and China, this could not have come at a worse time. Wall Street had been such a positive beacon during a gloomy time for stocks.

With a bit more than an hour before the closing bell, the officials at the NYSE thought they could start processing buy and sell orders but when the close happened the Dow was down over 200 points!

So what happened when the market resumed was always going to be dramatic, whether it was a slump down or a surge higher. That said, with the negative winds from Greece and especially China, another leg down always looked more likely.

To set the scene before this Wall Street gremlin came along, European stocks had actually shot out some much needed positive vibes with the German DAX up 0.66%, the UK FTSE 100 index 0.91% higher and the French CAC 40 was 0.75% higher.

This followed the Greek Prime Minister Alexis Tsipras saying he’d produced reform proposals to his lenders and “concrete” plans would soon be delivered. It’s reported that he has asked for a three-year bailout but his German masters say that will depend on the reforms proposed.

The positivity of this news was emphasized when the Italian stock market stormed up 2.6%. Italy is seen as the market to be most vulnerable to any contagion created by a shock Greek development such as a Grexit.

These better tidings out of Europe could not have come at a better time with the Shanghai Composite down another 5.91%, which combined with Greece concerns, did a lot to explain why our S&P/ASX 200 index was down 111 points or 2% to 5,469.53.

Given all of this, if Wall Street had reacted very negatively to China it would have KO’d a lot of the analysis that was saying China’s sell-off is bad for Chinese speculating investors, especially those who have gone long on margin loans, but not as serious for the real Chinese economy.

Right now the market reaction to China has been pretty predictable where the stocks slump have led to assumptions that the Chinese economy will slow and so commodities were sold. This meant key products such as iron ore and oil have seen prices slip and this then hit stocks such as BHP and Santos, which had bad days at the office.

On Greece, the reform offer is expected to be seen today and an emergency summit of all 28 members of the European Union will meet on Sunday following a Eurozone finance ministers’ meeting the day before. Greek banks will be holding their breath because they need European Central Bank funding to open its doors, so Sunday’s decision sets us up for another week of market madness and mayhem.

Today’s market action will not only rest on China’s sell-off but there will be nagging doubts about Greece and it’s long history of snatching defeat from the jaws of victory. Meanwhile, this Wall Street glitch just adds another new question mark just when we need the certainty of answers not more new questions!

By the way, these Greek and Chinese curve balls are worrying the Fed, according to the Federal Open Market Committee minutes, and this has experts ruling out a September US interest rate rise. Some are even starting to argue that it’s going to be a 2016 thing.

When rates eventually rise in the States it will be a sign that many of these curve balls have been hit out of the park and I can’t wait to see that.

By the way, in case you are interested, when Wall Street resumed, the Dow and the S&P 500 finished down about 1.5%, which suggests China is worrying the Yanks but it’s not panic-time and that’s good news.

Now people like me will be watching China today while hoping the Greeks don’t add to negativity.