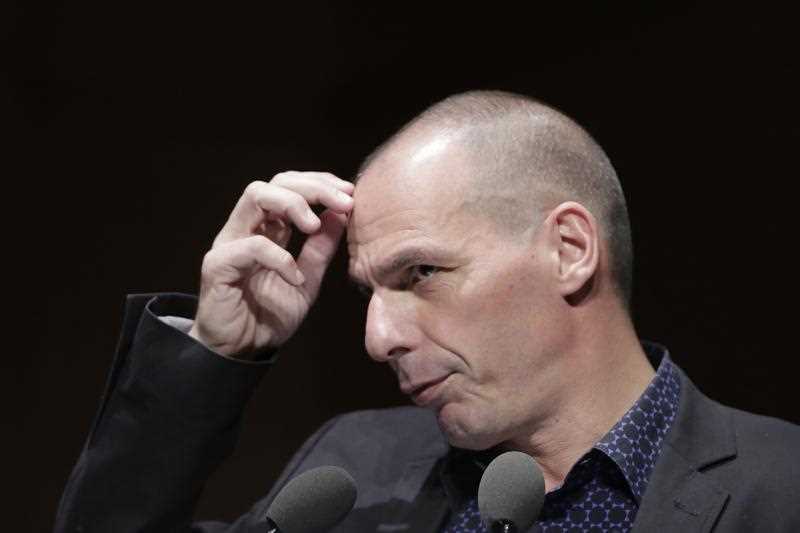 Greece could rock the stock market this week

I know it might be all Greek to you but there’s an important meeting on Friday that could make a lot of people in stock and bond markets very nervous. As Frankie Valli once sung (with a Switzer twist): “Greece is the word…Greece is the time…Greece is not the way!”

As an economy, Greece is not important for world demand but as a curve ball to the stock market (in particular) it’s an enormous question mark.

I’m heading to Greece on Thursday and the local Greek ambassador has asked the Greek-Aussie Finance Minister, Yanis Varoufakis, for an interview with me. It comes after the June 5 deadline, when 350 million euros are due to the International Monetary Fund (IMF).

On Friday, the Economics Minister, George Stathakis, said the Government will find this ‘pin money’ (my words) and he was hopeful that “a technical solution” would follow in a “few days”, the Guardian reported.

Apart from the interview possibility, which I am looking forward to, the big worry is that the Australian Government has warned tourists that there could be a breakdown of banking services! Great!

On the plus side, I am travelling with two Aussie Greeks and (inexplicably) they generally have good access to cash. It’s been bred into the culture.

If Stathakis is right about Friday, it could be OK but as the Sunday Express put it: “A staggering €800 million (£570 million) has been pulled out of Greek banks in less than 48 hours, sparking fears of a major bank run.”

That’s not good and I’m not sure it’s getting any better!

What we have is a PM who has been elected to get a better debt deal. On the other side, we have lenders who want their money. The Greeks have had a gutful of austerity that was linked to the bailout of €274 billion euros that runs out at the end of the month! This gives me some time but if negotiations don’t improve, I might find Greek ATMs will have “out to lunch” signs permanently stuck on the screen.

You know things are getting scary when Jack Lew, the US Treasury secretary, is getting publicly involved. He warned a deal had to be knocked up and fast or “an accident” is on the cards, which means Greece leaves the Eurozone.

Lew is not from the camp that says “Greece peaked in 450 BC and it doesn’t matter”.  Instead he argues that “the world economy faces dire consequences if Greece and its creditors miss the extended deadline.” (Sunday Express)

Even more worrying, a well-placed financial leader in this country says a bigger problem could show up some time this month, as the Greek Government might not be able to pay their public servants! My expedition to Greece is looking challenging by the minute so an escape to Italy or Turkey might have to be put into the plans.

To make matters worse, Yanis Varoufakis is under pressure from 43 of his own party colleagues, including the Deputy PM, who signed a petition against the appointment of Elena Panaritis (a Greek-American) as Greece’s  representative at the IMF.

In response, Yanis tweeted: “Rumours of my  impending resignation are (for the umpteenth time) grossly premature.” I’m happy for him. As  for me, I’m hoping my interview happens.

In case you didn’t know, Yanis lectured economics at Sydney Uni and taught there for about 10 years in the 1990s. The fact that he’s losing support from his Syriza Party shows that he’s more realistic than they want him to be. His IMF appointment also shows he has to give some ground to the people he negotiates with.

The French Finance Minister, Michel Sapin, says Greece won’t exit but other officials argue that the Greek officials’ suggestion that a negotiated settlement is close, is fairyland stuff.

From my point of view, the end of June is more important this week but if, over the course of this month, things don’t look promising, big stock players will sell first and ask questions later.

I know there’s the old saying “beware Greeks bearing gifts” but if Yanis (with a compromise) can pull off a deal that won’t rock the stock market and the worldwide economic recovery, that would be nice — very nice!