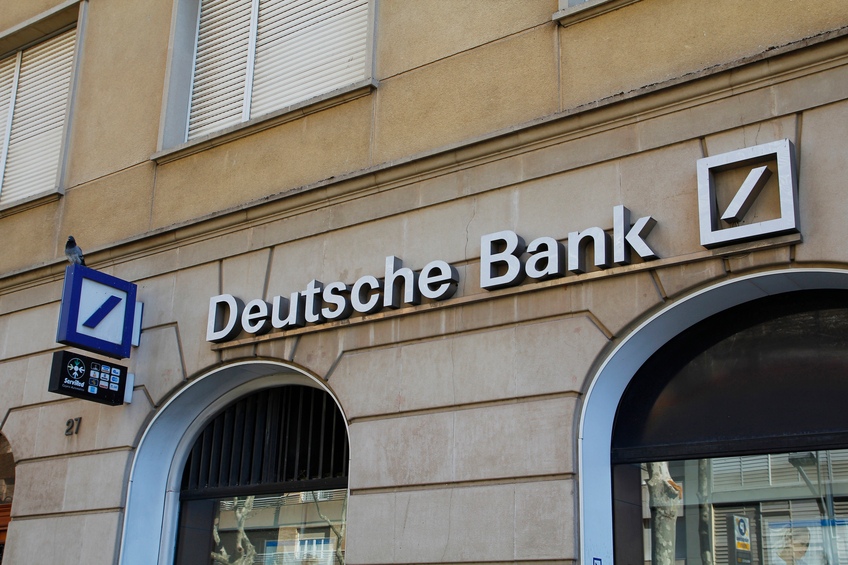 Stocks on Wall Street have gone on a slide despite yesterday’s optimism. And it’s likely to hurt our market here today, with banks and other financials bound to be viewed negatively by smarties who buy and sell stocks every day.

And there’s a good reason for measured negativity, with the famous Deutsche Bank — the historical number one bank of Germany — in more trouble than the footie player who’s bound to play up and be exposed by the media, following the weekend’s grand final.

In fact, DB is in a lot more trouble than any footie or ex-footie player and, in saying that, I include Sam Newman and John Hopoate!

The German bank’s woes are so bad that it has been compared to Lehman Brothers, which was the US financial mega-firm that was allowed to go under and turned a market slump into a crash, creating the Global Financial Crisis (the Americans call it the Great Recession).

We missed out on a Great Depression because governments, especially in the US, rode to the rescue of financial institutions and key companies such as carmakers, while central banks threw money at the problem, which created quantitative easing (or QE) famous.

Undoubtedly, this rescue action stopped us living through a Great Depression. Here in Australia, we didn’t even get a recession, but there has always been a required dividend from this rescue and that has been a need for economic growth to happen. And this is part of the reason why Deutsche Bank is in trouble today. And it’s why I’m trying to ‘sell’ a story about a German bank to an Aussie audience, a big chunk of which will be getting focused on the footie grand finals on Saturday and Sunday.

I love football but this weekend I’ll be more interested in how Germany plays Deutsche Bank.

Overnight, financial stocks on Wall Street were hit by a Bloomberg story that some big DB customers were withdrawing money from the bank. This comes on the back of a weakening balance sheet and US company regulators slapping a, wait for it, $US14 billion fine on the bank for behaving badly!

Who needs Royal Commissions when you have the capability to fine banks that kind of financial penalty?

How worrying is the Deutsche Bank position? Well, the market is worried because the leadership at the bank is dismissing the need to go to the market and ask for more capital, which experts say looks naïve and bordering on the silly. It seems Angela Merkel, with an election next year, doesn’t seem keen to pledge allegiance and money to stand behind this beloved German institution.

Government ineptitude sure seems to be of international plague proportions, doesn’t it?

And this little, no, huge fact, even makes this eternal optimist get real.

This from Market Watch explains why I’m writing this blog today: “Excessive leverage is at the heart of Deutsche Bank’s woes. The lender’s leverage ratio — total assets to shareholder equity — is estimated to be north of 40-to-1, Lamensdorf noted. To put that into perspective, Lehman Brothers had a leverage ratio of 30.7 to 1 in 2007, according to a Yale University review of the investment bank’s September 15 bankruptcy.”

Now it doesn’t mean that we’re looking at a rerun of the 2008 GFC-crash with a huge financial institution and inept governments at the centre of problem. However, it’s a little scary until the leadership at Deutsche or in the German Government steps up and settles down market fears.

It’s possible that this DB problem could be more likened to the crisis linked to the failure of the hedge fund Long-Term Capital Management in 1998, which required an agreement between 19 huge banks and other financial institutions and the Federal Reserve for a $3.6 billion bailout recapitalisation.

In this case, it didn’t stop the music on the stock market or rock economies that had to wait for the dotcom crash of 2001!

Hopefully, the German Government and Deutsche Bank have learnt the lessons of the past, but no one is sure. And it’s why the Dow Jones index was down over 190 points overnight and why we’re bound to feel some market pain here.

This chart shows the mess DB is in and it’s why some good news is needed and fast!

Apart from the Bank’s questionable leadership, it hasn’t been helped by negative interest rates in Europe, stricter regulations and a European economy that’s growing so slowly.

How worried am I about this? Worried enough to write this story. And as I said, while I’ll be watching every kick and tackle over the weekend, my chief focus, for purely money reasons, will be on how Ms. Merkel tackles this problem. I sure hope she kicks a big goal sooner rather than later.

(By the way, it’s not all bad news, with US economic growth coming in better than expected overnight, which makes many Wall Street experts think a rate rise is coming in December. But that can also spook stock markets!)