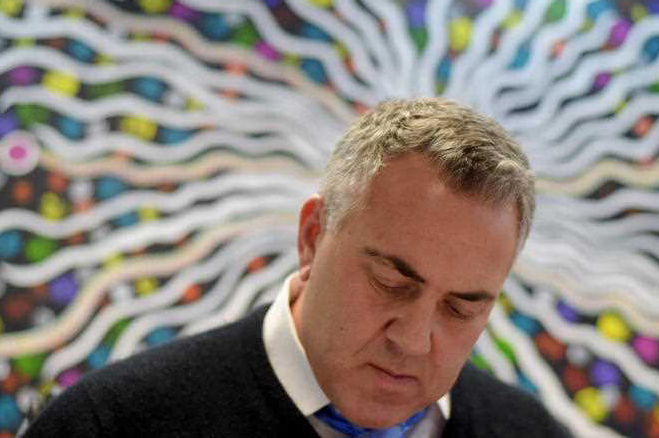 Good news - why do we hate it?

Good news! Read all about it! Unfortunately. you can’t read good news in many places so, being the entrepreneur I am, I thought I’d stand out from the crowd and let you know that it’s not all bad news out there. And come Tuesday night, I hope my old mate Joe Hockey can add to the good vibes.

Sure, I know headlines have told us that El Nino is coming and the experts say the RBA has stopped cutting interest rates, while the RBA actually tells us we’re growing at a rate between 2-3%, which means the jobless rate will rise.

Worse still, we look like we’re stuck in this rut for next year, pensioners are set to be slugged, superannuants will be penalized for saving too much and we had a disappointing week for stocks, with the S&P/ASX 200 dropping from a high of 5846.60 to a low of 5606.70!

The worrywarts are concerned about China slowing down, despite steel exports spiking 38% in the first four months of this year. Greece could rattle Europe’s economic recovery and the US grew at just 0.2% in the first quarter of 2015, leading Dr. Marc Faber to tip a 40% slide in stocks was coming.

I can find other bad stuff if I want, it’s everywhere. Let’s throw in the crazy rises in the bond market that no one could explain. In fact, rising bond yields, which has been happening, should mean things are getting better but market ‘experts’, who didn’t know what was going on, decided they didn’t know but it didn’t look good!

Then on Friday in the US, the jobless figures were released and the unemployment rate dropped from 5.4% to 5.3%, after 223,000 jobs showed up over the month. Economists called it a Goldilocks report because it wasn’t too hot to suggest the Fed will raise interest rates too soon but it wasn’t cold enough to make you disbelieve the US economic recovery story.

The consequence was that the Dow shot up 267 points. In case you’re not used to it, this is good news.

There’s a whole lot of other good news out there but newspapers will run with the disappointing forecasts of the Reserve Bank, even when they’re correcting their incorrect forecasts of the year before! These guys at the RBA have a tough job but there’s no reason why we should just believe they do a good job — they haven’t.

Last week, they cut rates to lower the dollar and hopefully to raise confidence, which might have helped the stock market but the reverse happened! Dollar up and stocks down. When these guys bring me bad news, I’ll not be too concerned.

More good news? Well, job ads have risen 10 out of 11 months and we’ve seen 161,000 jobs created in six months! Have you read that anywhere except here?

“That result would represent growth of 7.7% and cap a third year in a row where new home construction has headed higher,” he said.

In fact, the latest story says over the past 12 months, there has been a record high 210,484 dwellings approved for construction, which is 11.2% higher than the same time last year.

And in the retail space, retail sales rose for the tenth straight month, up by 0.3% in March, after rising by 0.7% in February. Annual spending growth rose from 4.3% to 4.5%, which was above the decade-average growth rate of 4.3%.

To Europe and this is what The Economist recently reported: Europe’s finance officials “point to faster-than-expected growth in the fourth quarter of 2014: the euro zone as a whole grew by 0.3% in the quarter, and its biggest economy, Germany, expanded by 0.7%. The European Commission is forecasting growth in 2015 of 1.5%, which would be the euro area's best outcome since 2011 when it grew by 1.6%.”

Sure the journalist went on to be cynical about Europe but that’s what these people always do. They’re often wrong because they rely on the consensus view.
J.K.Galbraith once said that when it comes to economics, “the majority is usually wrong!”

I’m hoping that over the next 12 months, the US economic recovery kicks in, the greenback rises - pushing our dollar down, Europe keeps getting stronger thanks to QE, ditto for Japan, China cuts rates with its low inflation to ensure it beats a severe downturn and the strong housing sector, combined with a stimulatory Budget (which is well-received and passed by the Senate), lays the foundations for our economic recovery.

I know all this isn’t an odds on chance of happening but you see, it could. So shoot me, I do like good news. You know in late 2008 I started a good news section on my website because I was tired of the media running the negative stories about the stock market after the GFC.

There was some pressure on me until March 2009 came along but when the market rebounded over 30%, I was really happy that I don’t hate good news!