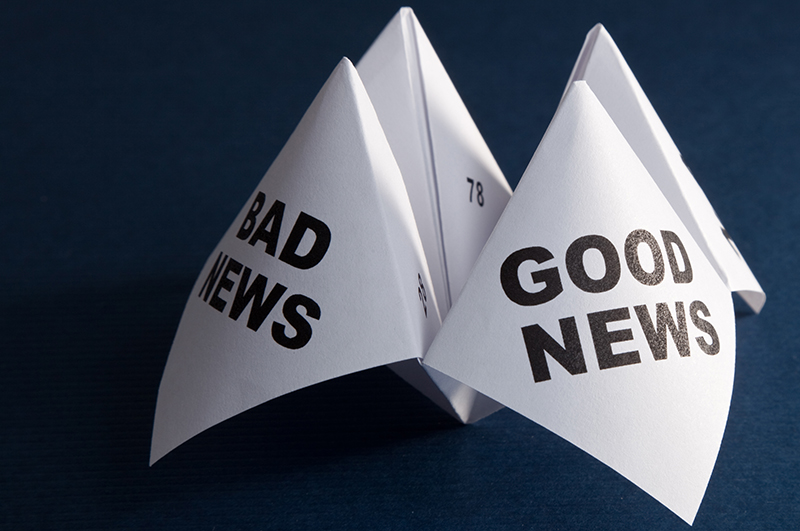 Good news, read all about it, if you dare!

Imagine if consumer confidence plummeted by the biggest amount in 33 months. If that happened, I’d like you to ask yourself this question: “Would it bring a newspaper headline?” I think you know the answer because you have to be used to media and its clickbait inclinations.

Now what would you expect to see in the news if there was a credible consumer survey that the likes of the Reserve Bank, financial institutions and retail businesses watch closely, which showed that in Melbourne, it’s “time to buy a house” indicator hit a five-year low.

Be honest, can you imagine a headline such as: “Homebuyers interest in buying at a five year low!”?

Well, yesterday, the Westpac Consumer Sentiment survey was released and it said the complete opposite. Yep, after a woeful consumer confidence reading in January from the same survey, the old rule that you never trust one month’s numbers was shown to be a good statistical lesson to observe.

A month ago, these were the headlines we woke up to:

You have to wonder why headlines such as:

It’s like my media mates have a vested interest in only telling one side of the story and I’m always worried about what the excessive negative headlines can do to consumer confidence, their willingness to spend and then the knock on impact on business confidence and the interest in businesses to hire people. Job creation is the greatest cure for poverty and has an enormous impact on the psychology of people who live in a country.

If you don’t agree with me, then you probably weren’t chronicling or living in the Australia I saw in 1991, when unemployment was heading over 10% in “the recession we had to have”, which was the last recession we had!

As an economist, I know the US, Europe and therefore Australia are vulnerable to a pending recession. It’s possible in 2019 but the odds are shorter for 2020, though it could stretch out to 2021. Economic downturns are inevitable and so are real stock market crashes but when they show up is never locked in stone, timewise.

Between 1945 and 2001, the US had 11 recessions and the average duration was 10 months. This compares to the period 1919 and 1945, when they lasted 18 months on average. From 1854 to 1919, recessions hung around for 22 months. So economists and governments have got better killing these suckers when they show up but based on US statistics, expecting a recession every five or six years isn’t too way out a guess!

It really puts our spectacular performance to dodge two negative quarters of economic ‘growth’ for over 28 years into historical perspective. But it also suggests that you can’t think that a recession is a thing of the past. That’s why I like the idea of not giving recessions anymore encouragement than they actually need!

The history of stock markets says bull markets last about nine or so years and, after that, a bear market takes over. In the US since World War II, they’ve hung around for about 14 months. And given how important Wall Street is for global stock markets, these numbers are pretty relevant to local stock market players and anyone in a super fund because stocks make up at least 60% of most funds!

So collectively we don’t need unnecessary negativity with the current stock market boom in the USA now 10 years old and the last US recession — the Great Recession — ended back in 2009.

That one lasted from December 2007 to June 2009 (19 months!) and explains why interest rates went so low and are still low.

I’ve argued before that Donald Trump has to be trying to avoid a recession and stock market crash before the November 2020 election, which is why I expect a trade deal in March, which could be both a stock market and economic plus for the US, the world, Australia and Donald.

Back to local better economic data and this week we saw:

• The unemployment expectations index hit the lowest level in 7½ years at 120 points in February and is down by 0.5% over the year to February.

• The NAB business conditions index rose from a four-year low of +2.6 points to +6.6 points in January (long-term average +5.8 points).

• The NAB business confidence index rose from +2.7 points to +3.6 points in January, below the long-term average of 6 points.

By the way, overnight, Wall Street was up strongly on President Trump talking about trade deal progress.

Of course, there was some bad news this week but probably some other media outlet has probably headlined those stories.