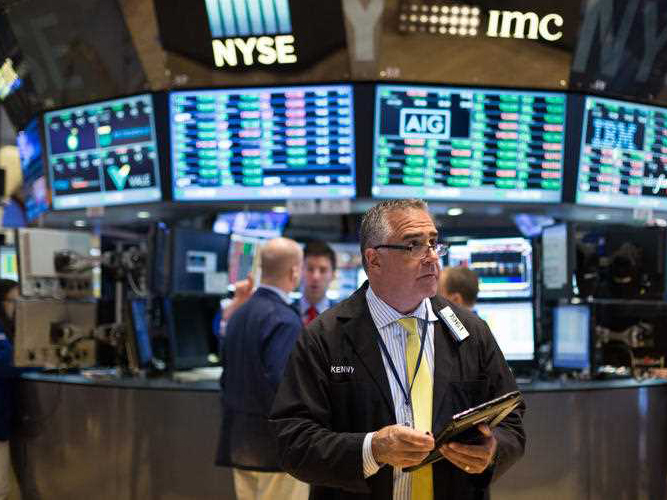 Good news in the US - the stock market is falling!

We had another nice day on the stock market yesterday but the Yanks have come back from their public holiday in a negative mood and you’d have to say it’s all because of good reasons! However, there could easily be a bit of market pain before the goods outweigh the bads for stock players.

Trying to understand this negative market move you have to look at the positives driving it all.

Some time this year we will have to cope with good US economic news, making the key market players conclude that the first rate rise is not far away. There could be a market sell-off but Morgan’s chief economist, Michael Knox says history shows after such a sell-off, then there’s a big buy-in again.

Recent core inflation readings in the US show it has gone from about 1.6% to 2.6% since 2012. What we have is inflation resembling a more normal economy. Headline inflation is still much lower but this jump in core inflation has some experts tipping a July increase in rates rather than a September one.

The key question many of you might have is: why is the first rise so important, with rates so low in the US, with the official rate close to zero percent? The answer is that it will be symbolically important to a market that has risen on low interest rates and excessive money supply. The taking away of the sugar started with the end of QE but raising rates will be another test for stocks.

But the more important argument was made by U.S. Federal Reserve vice chairman Stanley Fischer, who told a conference in Israel on Monday that market watchers focus too much on the importance of the Fed's first interest rate hike, since the process of returning to a more normal level will take a few years. (CNBC)

When the first rate rise is imminent, or the first one happens, the Fed and other influentials will be making this point and as the US economy will be looking strong, stock players will come back and take the sell off as a buying opportunity.

One last thing. It has been ages since the US stock market saw a correction (or a 10% drop in the market) — about three and a half years! — and one is, on an historical basis, way overdue.

Remember, as long as economies improve, then it should be a plus for stock markets. The QE bet of expanding the money supply in the US, Japan and Europe has to bring an economic growth dividend. If it doesn’t, stocks will fall. That’s why I watch economic data worldwide, daily!