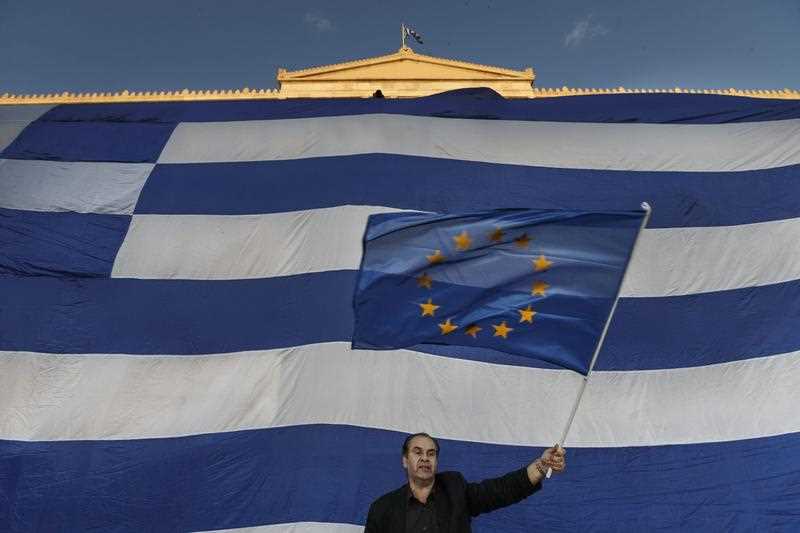 Good Greek news but imagine if a default happened!

For those who doubted the potential for the Greek drama to rattle financial markets then contemplate these stock market outcomes on the news that Greece has put forward some promising reforms.

Now these relief rises of stock markets are on some improved offerings from the Greek negotiators, which has meant that the all-important Monday powwow in Brussels will now be resumed later in the week.

The press conference hosted by the boss of the Eurozone finance ministers, Jeroen Dijsselbloem, praised the Greeks for “broad and comprehensive” proposals and laid the foundations for more meaningful talks later this week.

But now consider how markets would react to say a June 30 default, a potential exit of Greece from the Eurozone, the second coming for the drachma and a whole lot of questions that would emerge that could really take stock markets down.

I don’t want to consider it and it explains why the EU has not simply cut the Greeks free. Remember the Greek economy is only 2% of the Eurozone and 0.3% of world GDP but it's the message it sends other struggling EU countries and what they might do if the Greeks benefit from an exit.

If the Greeks drop the euro it would lead to a run on the banks immediately and longer-term inflation would go up, deposits in banks would go down and the uncertainty for some time would offset, to a degree, the benefits of a lower currency.

Right now the Greeks have been battling with EU, IMF and ECB officials for a better reform policy that will reduce the austerity that has come with the EU-driven bailout.

However, the Greek economy has contracted by 25% in five years. Could you imagine one in four businesses leaving or better still, what if a business like David Jones lost sales to the extent of 25%!

Sure I know that the Greeks could throw a curve ball by week’s end but I think they know the two-week-deadline for them to find 1.6 billion euro so they can get their 7.2 billion euro bailout lifeline is looming large.

So the left-wing Syriza Government of Greece has to impress its creditors before June 30 or else it’s over red rover and we could be looking at the current optimism to be replaced by pessimism driven by uncertainty.

Giorgios Stathakis, Greece’s Economy Minister, told the BBC's Robert Peston he was confident the new proposals to balance the government's books had broken the deadlock with its creditors.

"We [will] try to remove the tax burden from pensions and wages towards business and the wealthy," he said.

They are raising the retirement age to 67 while the average age for men to retire has been 63.

Everyone knows I can be a little optimistic and I do suspect we will see an agreement struck this week that will help Greece stay in the Eurozone.

There’s only one thing that could undo this good news and shock stocks and that’s the Greeks themselves.

Note this, withdrawals from Greek banks from last Monday to Friday reportedly reached about 4.2 billion euros which represents close to 3% of household and corporate deposits held by Greek banks at the end of April.

As I am writing from the island of Lemnos — a beautiful place — I am deeply connected to this potential landmine for our stocks and so I say “Go you Greeks!”

I hope by week’s end I can say “Go you Greeks, you good things!”

Given their past showings I have my fingers crossed.

Good News Daily: Greek news aside, I liked this from the USA —existing home sales rose by 5.1% in May to a five and a half year high of a 5.35 million and above forecasts near a 5.25 million annual rate.