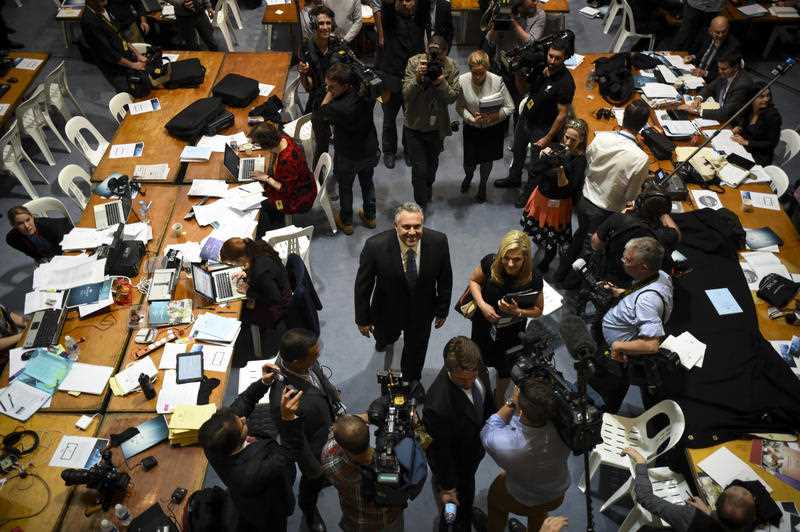 Go-for-growth Joe is a real goer!

Yesterday I was locked up in Brisbane for six hours on Budget day for The Daily Telegraph, which asked me to cover the retirees’ experience of the Joe Hockey plan for the economy.

I have looked at the overall document and dubbed it a Viagra Budget! The economy is subdued and underperforming, so I think Joe has pulled the right rein in pumping up the small business sector.

The two big spends were on small business, which has to pump up business confidence, while the families’ package should help consumers.

The starting point for a better economic year is that confidence has to spike and I think this is the Budget we had to have.

Remember, the Treasury boss, John Fraser, says we need to grow at 4% for four years to KO the Budget deficit — so this go for growth approach by Joe is spot on.

Most economists think 4% growth is beyond our reach but any result in the 3% area takes the economy in the right direction.

The small business package that lets you buy stuff for your business up to $20,000, over and over again, with immediate tax write off status, is an enormous incentive for businesses to get going.

And the chart below shows that business confidence needs to spike so these changes have come at the right time. Anyone who doubts the value of this innovation has never been in business in their life!

On the consumer front, the family package will help consumers. If consumers don’t get confident with rates where they are, then they never will.

A big negative could come from Labor and the Senate, as the obstructionism there has added to consumer negativity over the past financial year. Given the potential positivity from this Budget, and, hopefully, if Joe can sell this Budget effectively, then consumers should make a comeback.

And we really need a consumer comeback!

Given the potential pluses for demand from this adventurous Viagra-style stimulus Budget, it’s only the Senate that stands in the way of it creating economic growth and jobs.

That said, if Labor plays too hardball, like it did last year with admittedly a dumber Budget, it will rightfully be seen as a threat to the national interest.

Provided Joe can rediscover his real goer status, which he had before last year’s Budget, and he can sell this smart, stimulatory and very positive Budget, then his job is safe and so is his boss’s as well.

Let the selling begin, so go for it Joe!