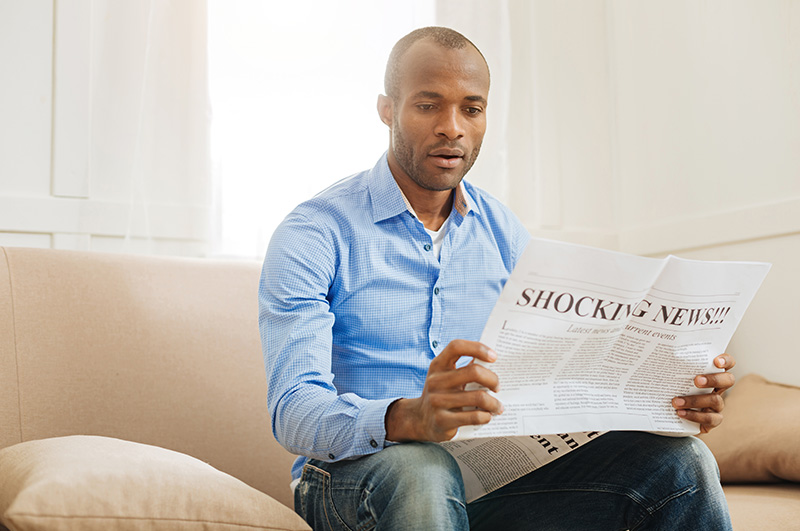 When it comes to the Aussie economy, it seems as though the penny has well and truly dropped that business promoters can use the economy to gain attention for their operations. Many tend to do this by trying to scare the pants off people. We saw this happen in that 60 Minutes programme that had people asking me about a 40% fall in house prices!

And recently, a business did a survey and came up with predictions about what the fall in house prices will be in specific suburbs. One media outlet lapped that up and then other media outlets picked up on it. The crafty business that started it all had created the media marketing momentum it was looking for — but did it give us a true story?

Economic accuracy, or the pursuit of it, is running a long second to the first goal of businesses or people trying to get media cut through. The cumulative damage is piled on to the impressions of consumers and small business owners about how economy is faring.

Imagine if the wrong impression is being created by over-hyping — it could really hurt the economic growth and job creation ability of the economy. This could force up the Budget Deficit, just when it is falling to $10 billion, when it was predicted to be $29 billion only a year ago!

I hope you see my point — the economy could be a casualty, as business-builders seek publicity via making scary predictions about the economy.

So, with inspiration from John Lennon, l hope you are thinking: “Gimme some truth!”

On house prices, few respected economists think we face house price Armageddon, with NAB’s Alan Oster telling the Your Money channel that only if unemployment topped 8% would he expect big house price falls. Yesterday we learnt that Sydney house prices are down 6.1% over the past year, while Melbourne has given up 3.4%.

Similar or slightly bigger falls over the next 12 months are likely but it could be made worse if the punishment for the banks from the Royal Commission means getting a loan becomes tougher. This is a threat to the economy, which is hard to read but I do know groups (such as the non-bank lenders La Trobe Financial and Pepper Money) are starting to fill the gap. However, if the gap gets too big, the economy could slow down.

Only on Friday we saw that loans and advances by non-bank financial intermediaries rose by 10.3% over the year to August, up from 6.2% in July and the strongest annual growth in a decade!

Let me give you the run of recent economic data and you make up your mind whether Alan Oster’s belief that unemployment is more likely to fall from the current level of 5.3% to around 5%, rather than the 8% unemployment levels implied by house price “prophets of doom”.

• Foreigners like our prospects holding a record $604.9 billion of Aussie shares in the June quarter, up from $563.6 billion in the March quarter.

• Excluding resources, engineering work yet to be done stands at $43.1 billion, below record highs. But outstanding road and railway work were both just below record highs. And electricity generation, transmission and distribution work was at five-year highs.

• The ANZ-Roy Morgan estimate of family finances compared with a year ago stands at 8-month highs.

• Australia’s population expanded by 380,722 people over the year to March 2018 to 24,899,077. Recently the RBA boss, Phil Lowe, explained the importance of people with “Australia's faster population growth [is] one of the reasons our economy has experienced higher average growth than many other advanced economies…”

• The Westpac/Melbourne Institute survey of consumer sentiment index fell by 3% to 100.5 in September – the lowest level in 10 months. The index is below its long-term average of 101.5. A reading above 100 denotes optimism but this was taken after the leadership coup and could prove dodgy.

• In the latest quarterly survey from Westpac and the Melbourne Institute, 7.2% of respondents thought the ‘wisest use of savings’ was to ‘spend it’ – the second highest survey response in seven years.

• The NAB business confidence index eased from +7.0 points in July to a 25-month low of +4.4 points in August. The long-term average is +6 points.

• The Performance of Construction index (PCI) eased to 51.8 in August from 52 in July. The index has been above 50 for 19 straight months, indicating expansion in the construction sector. Engineering activity has expanded for 17 consecutive months.

• The proportion of first homebuyers in the market remained near six-year highs.

• The Performance of Construction index (PCI) eased to 51.8 in August from 52 in July. The index has been above 50 for 19 straight months, indicating expansion in the construction sector. Engineering activity has expanded for 17 consecutive months.

The apartments PCI sub-index fell from 36.7 in July to 32.8 in August – the lowest level in nearly six years. Activity in the apartment sector has contracted for six successive months.

I could go on with largely positive takes on our economy but I think I’ve made a pretty truthful case about how damn good our economy is right now.

Sure, there are threats out there, with petrol prices at four-year highs, but interest rates are at historic lows. House price falls are a negative but the threat of unsubstantiated big falls is the biggest worry. Trump and trade wars with China are other concerns but the impact of these things is hard to calculate.

Remaining positive on the Oz economy is the more logical stance to have — and that’s the truth.