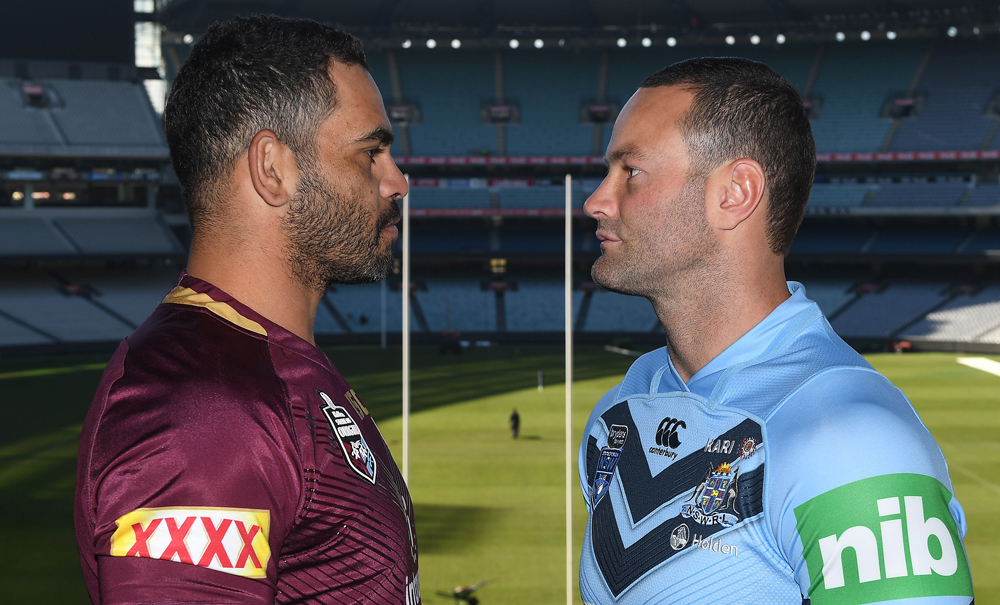 Game of Growth: can great GDP news beat the State of Origin?

I know most red-blooded males and similarly socially programmed females in NSW and Queensland should be pumped for tonight’s State of Origin game (that actually will be played in Melbourne) but I’ve got more goose bumps about today’s economic growth number.

Yeah, I know I’m in a very slim minority but in the whole scheme of things, how fast the economy grows is really important for things that footy supporters care about when they’re not intoxicated with their passion for whose got the ball and what they’re doing with it!

Let’s face it, the inhabitants of NSW have got used to being clobbered by those pesky, driven ‘cane toads’ for nearly a decade but I don’t think they could easily live with hopelessly low economic growth, delivering higher rates of joblessness, even lower wage rises than now and wall-to-wall bankruptcies that decimate the immediate futures of business owners, their employees and their families.

The opposite of economic growth (economic decline possibly rolling into a recession) is something that’s so obviously important that you can see why I’m sitting on the edge of my seat hoping that the number we get today surprises on the high side.

Before yesterday, on information available, it seemed like the economy grew by 0.5-0.7% in the quarter. And given what we saw on Tuesday, the growth number could be at the higher end, which would be like winning game one of the State of Origin for someone like me, who really wants the economy to grow more strongly.

Why do I want it so much? Try these pay offs:

• A Budget Surplus to help make us safer when the inevitable recession does show up.

• To reinforce the rising and higher business and consumer confidence that drives an economy.

Right now, the Reserve Bank is the optimist in town expecting annualized economic growth to lift to around 3.25% over the coming year, up from the current annual rate of 2.4%. However there are a lot of economists who are far more negative on our growth prospects.

So what we have in the economic arena is akin to a ‘State of Origin’ battle between the optimistic economists and the pessimistic economists and a win for the good guys today could prove a fantastic fillip for the overall economy. Confidence begets confidence and positive headlines about the economy in the media (after the big growth ‘game’s’ score is revealed this afternoon by the Bureau of Statistics) is really important.

Numbers out so far on profits, wages and inventories have been really positive and these stats all get factored into the final growth number in some way.

Company profits rose by 5.9% in the March quarter, to be up 5.8% on the year, which was way higher than the 3% expected by economists. And better still, in the year to March, profits hit a record high of $326.7 billion, rising 12.3% over the year.

“Mining profits led the way, as expected, on the back of higher commodity prices and increased sales,” said Andre Hanlan, Senior Economist at Westpac Bank.

However, he said non-mining profits also outperformed expectations by some margin, lifting by 3.4%, compared to estimates for a smaller increase of 0.5%. (Business Insider)

Before the run of economic data we’ve seen this week, the CBA economics team was tipping a 0.5-0.7% rise in economic growth or growth in Gross Domestic Product. However, now they’ve bumped up their educated guess to 0.8-0.9%.

If they’re right, it takes our growth rate up from 2.4% to 2.8%, which would be a win for the optimistic Reserve Bank and the economists, like yours truly, who are rooting for a great result today.

This chart below says it all. Now we need to see a new bar with a big number on it to counter that weak 0.4% growth number we got in the December quarter, which I think was too negative, given other economic signs around at the time.

If a 0.9% growth number shows up and we employ the US technique of multiplying it by four to get an annualized snapshot of growth, we’d be at 3.6%, which would be a lot higher than the 2.2% the USA got.

It’s one thing to win a growth bet against negative economists (which I hope I can do today) but it’s miles better beating the Yanks in the game of growth!