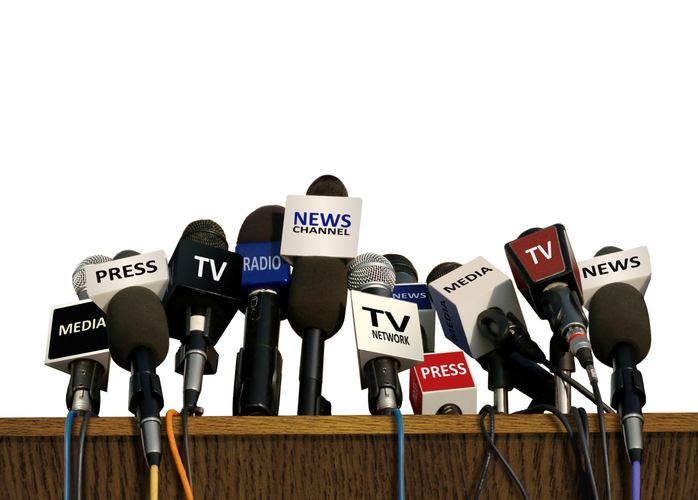 Forgive the media! They know not what they do!

When it comes to some journalists and media outlets, who thrive off creating scary headlines that even I’m silly enough to click on to, I do often think: “Forgive them Lord for they know not what they do.”

My basic proposition is that my mates in the media, in their eternal search for relevance, ignore the old song of Johnny Mercer and the Pied Pipers. In case you’ve missed it, the lyrics go:

Man, they said we better, accentuate the positive

Latch on to the affirmative

Quite frankly, given the media’s preoccupation with accentuating the negative and eliminating the positive, I’d cop Mr. In-Between!

I often rail about struggling media outlets and their employees, which rely on advertising, creating false headlines that undermine confidence and actually contribute to an economic downturn that could hurt the businesses that spend money with the media operations.

This, in turn, could kill the jobs of the people who are accessories before the fact!

Don’t get me wrong. If we’re heading for a recession, I’ll be trying to be the first to inform my readers, Switzer Super Report subscribers, listeners to my radio show and viewers of my TV program. However, I won’t play negative, confidence-crushing games with headlines to attract readers.

I fell into a housing collapse story for Australia when the US business website, CNBC, ran with the headline: “Australian housing market at risk of crash, according to UBS research.”

It turned out to be an old story from last week and even though UBS is a Swiss Bank, the research was done locally.

According to the UBS economist, George Tharenou, who put the yarn together, the story really is: "We still see a correction, but not a collapse, but if the RBA hikes too early or too much (as flagged by its hawkish minutes), it risks triggering a crash".

The risk is the Reserve Bank and I’d trust the bank not to screw up the rate rises, given it’s been stressing out about housing for two to three years.

I know this and so do experts in the money industry. However real people, who contribute to overall consumer sentiment, retail spending, economic growth and inevitably job creation might not. Therefore, media outlets scaring people for click bait reasons, need to think about the ramifications of their actions.

As John Lennon implored: “Gimme some truth” which is a pretty good idea, if the media remembers the importance of trying to print what’s real rather than what scares.

On Thursday, after Wednesday’s important inflation data, I’ll give you some economic truth on how the Oz economy is really going.

He noted how incomes had not kept up with the rapid rise in house prices in Sydney and Melbourne. That’s a worry and it’s why the RBA shouldn’t rush to raise rates too soon or too quickly, as the UBS economist also observed.

The rest of the country is not a ‘house price growth’ worry.

The bottom line is that provided the Oz economy grows well, as the RBA expects, and interest rates only rise slowly, then house prices will come off the boil and not collapse.

By the way, this is what most sensible economists expect to happen.

As UBS’s George Tharenou put it: “We still see rates on hold in the coming year, amid macro-prudential tightening on credit growth and interest only loans. Hence we still see a correction, but not a collapse…”