Focus on being a rooster

On Australia Day, I practised what I preached — I hung out with winners, who are sensationally powerful inspirations for self improvement. As revealed before, this is a lesson given to me by Harvey Norman’s Gerry Harvey.

I’m not just in the ‘let’s make Switz a better performer’ for my own ego enhancement. I’m a leader of 50 plus employees, which includes sons, daughter-in-laws and some really valuable young and even older impressive people. And also I interact with a large number of younger people at 2UE and Sky News, where I’m seen as an influencer.

Now in case you missed it, today, January 28, is Chinese New Year. My Chinese friends are now looking at 2017 as the Year of the Rooster. Coincidentally, when I was hanging out with the inspirational mob on Thursday at the Australian Open in Melbourne, I was thinking about how the wonderful young women, who had to face the extraordinarily impressive Williams sisters, had been roosters on Thursday morning but when they walked off the court, to the tennis fans who were looking forward to the finals, they had become feather dusters! 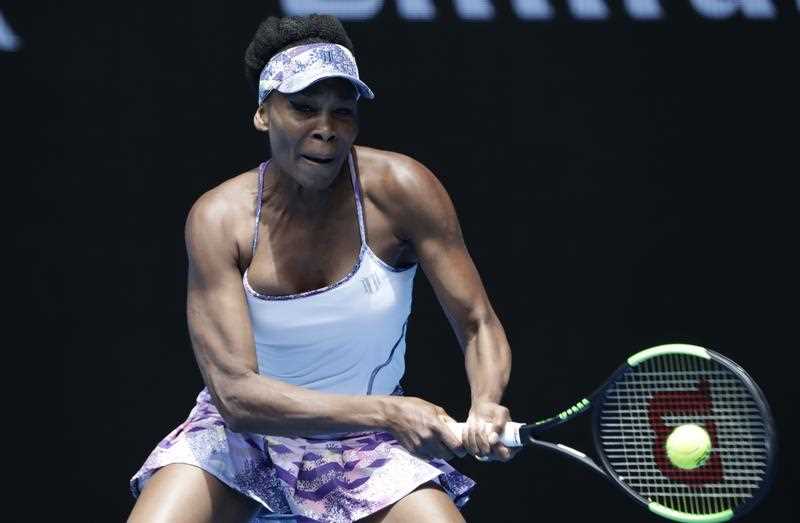 Venus Williams of the USA returns to Coco Vandeweghe of the USA. Source: AAP.

Of course, this is a totally unfair analysis of Mirjana Lucic-Baroni, who was clobbered by Serena Williams, and Coco Vandeweghe, who lost a nail-biter to Venus Williams, because in the first month of January, they were in the top four women tennis players in the world!

One of the guys I met at the tennis has a son who’d recently won the National Juniors Doubles title. Unfortunately, he and his team mate weren’t offered a wild card entry into the Open, which certainly made this young rooster with enormous potential feel like a feather duster!

His father told me about a friend of his son who was ranked 300 in the world. He didn’t receive a wild card entry into the Open but someone ranked 800 did! It seems like the woman who hands out feather dusters — Lady Luck — can be desperately unfair with a group of individuals who really should be normal people’s greatest inspiration.

Whether they’re number 800 or 300 in the unbelievably competitive world of tennis, these superstar human beings of sport, who many of us worship at least on the field or the court, should be a source of inspiration for what separates them from most of us.

So what is it that explains their relative greatness? I saw the answer as I closely watched the Williams sisters — it’s focus.

If we are to teach our kids, our staff or ourselves anything, it has to be about focus.

I’ve often talked about Chris Evert, the US great of tennis, who won 13 individual grand slams, and how she explained her success with: “Deep down I wanted to win so badly I could actually will it to happen. I think most of my career was based on desire.”

And while when I’m asked about what separates normal people from abnormal high achievers like Serena Williams, Gerry Harvey — or our most recent Australian of the Year Alan McKay Sim, whose focus will make the lame walk! — is their focus.

Evert had the desire but, importantly, she had the focus to hit the balls, to eat right, to get the brain programmed and to do all of the extraordinary things that separated her from us mere mortals. In her playing career, she fought the feather duster threat. 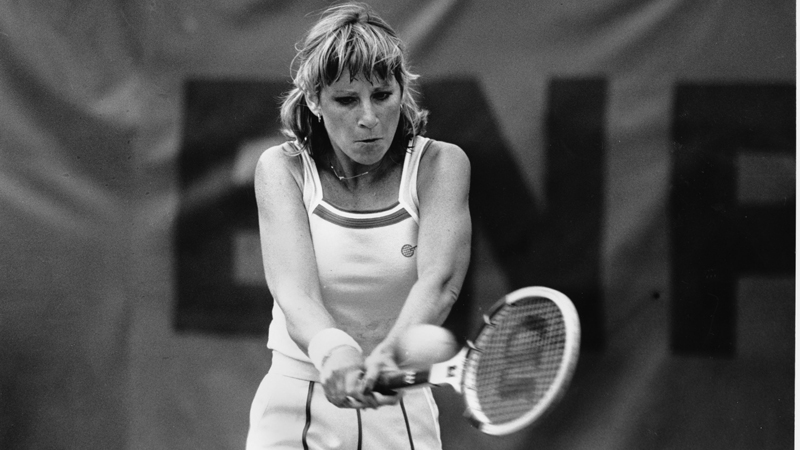 Here’s a snapshot of her record and just remember, she was competing against the world’s best:

She claims it was desire and who am I to argue with her? However, a lot of us want stuff but we don’t have the focus to make it happen. The Williams sisters I watched on Thursday exuded focus — the way they watch the ball, the way they cut out the crowd and the way they bring near perfection to what is a game of centimetres played at over 150 kms an hour!

These young women are inspirations. Whatever issues they might’ve had as people growing up, they’ve had unique inputs to have created two girls who can consistently be the best in the world! And it’s their focus that best explains why they are so different from most of the people who were watching them in Melbourne on Australia Day.

Given this, what can I offer you that might help you, your focus and that of the people you care about?

A Microsoft study found average human beings have an eight-second attention span and computers as well as smart phones aren’t helping! “That number has shrunk over the years due to our digital connectedness and the fact that the brain is always seeking out what’s new and what’s next,” the study concluded.

Elie Venezky, author of Hack Your Brain says we need to (to use an Apple line) think different.

"Focus is a muscle, and you can build it," he says. "Too many people labor under the idea that they're just not focused, and this becomes a self-fulfilling prophesy. Once you drop this mistaken belief, you can take a much more realistic approach to building focus."

Fast Company looked at eight ways to improve your focus or build your mind muscle. This is what they came up with:

All these little exercises are meant to build up the brain’s muscle where focus is built. I think the bottom line on acquiring better focus comes out of what Chris Evert taught me — if you develop the desire to pump up that muscle that powers your focus, your life will be more like a rooster than a feather duster.