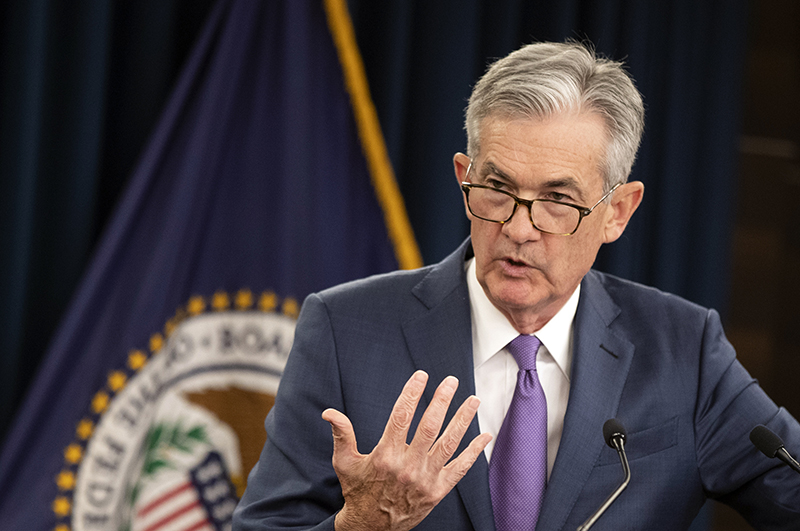 Fed cuts rates but will it kill a potential US recession?

The US central bank followed the script and cut interest rates but the Dow dropped 330 points.

Why would that happen?

Well, the Fed boss, Jerome Powell, was a little too honest and said that there is no plan for a series of rate cuts, which upset those who have bought stocks on the basis that more were coming.

The interesting takeout from the press conference was that the Fed isn’t as worried about the US economy as others, which is why it doesn’t have a programme to have a number of cuts.

Powell said this was a mid-cycle cut and strongly hinted that if you expect a lot of cuts, in all likelihood you’ll be wrong.

“We started off [the year] expecting some rate increases. We then moved to a patient setting for a few months and now we’ve moved here,” Powell said. “As we’ve moved to more accommodative policy, the economy has actually performed as expected with that gradual increase in support.”

I think it was great news. Now I damn well hope he’s right about the US economy not being so challenged that it needs a series of cuts.

I know there are pessimists who want to scare the pants of market-inexperienced people with their “Armageddon is around the corner” tactics. And they might be right but a whole lot of experienced investment experts are actually surprisingly positive about stocks going forward.

Of course, they could be wrong but I bet they hope that their analysis doesn’t make them look like nincompoops. And sorry to all the conspiracy-addicts out there, but I really don’t think they’re lying to get your money, though I know out there in the twitter-sphere there’ll be true believers who think I’m naïve.

Happily my naivety has helped me build wealth in stock and property markets.

Early this week, Goldman Sachs lifted its share price end-of-year target for the S&P 500 Index by 3% to 3100. And that was despite the fact that they realistically reduced their best guess on what would happen to the earnings per share number for the market because of slower economic growth, oil price movements and the tariff war implications.

That said, they put the 2020 target for the Index to 3400. They wouldn’t be doing that if their pointy-headed economists were expecting a US recession in the Presidential Election year.

And powering this rising stock market, now in its 10th year of a bull market, has been the expectation of falling US interest rates.

In contrast, before earning’s season started a couple of weeks ago, Morgan Stanley’s economics team said the US economy was “on recession watch” and this chart below shows why they are a bit nervous, with a red downturn just emerging out of the yellow part of the curve. 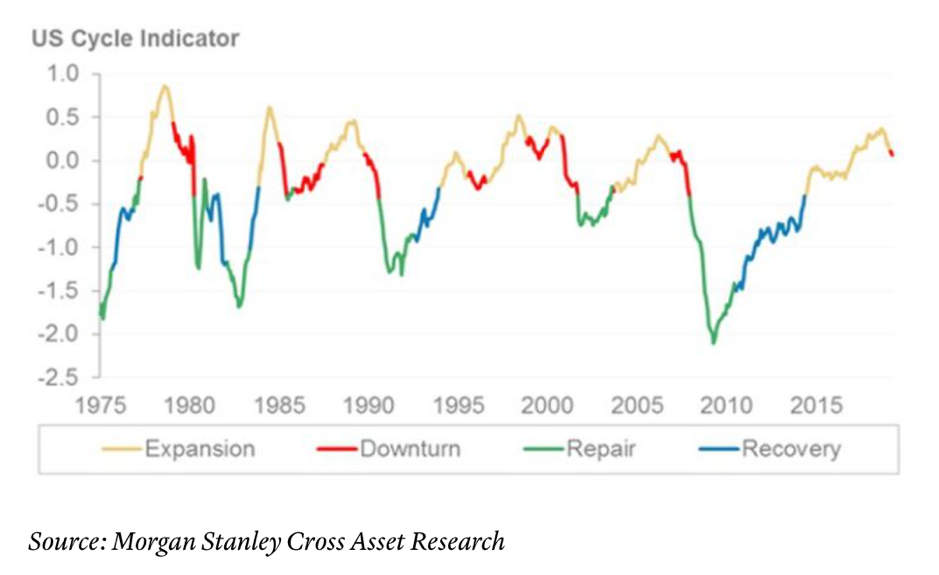 Manufacturing and services sector data readings have not been promising and you can understand why the MS outfit is on the lookout for early recession signs.

In contrast, Citi’s Bear Market Checklist tells a story that should keep investors sleeping at nights.

This is the US market indicator I place the most trust in. It’s also helping me sleep, despite Wall Street at record highs and Donald Trump terrorizing me with his ‘on one moment and off the next’ with his ‘bromance’ with Xi Jinping. 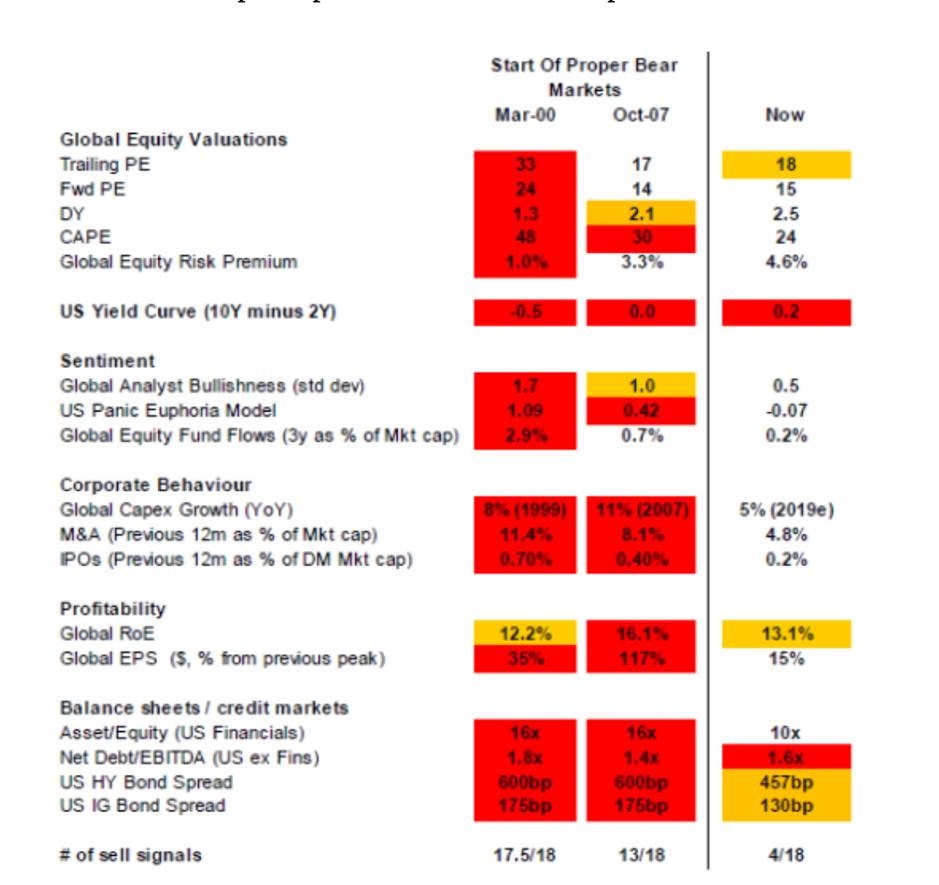 Only four out of 18 say “run away” from the stock market.

In 2000 before the dotcom crash, it was 17.5/18. And in 2007, it was 13/18. It would’ve been higher if the debt rating agencies were more forthcoming about the financial products that triggered the GFC.

In many ways, the US probably doesn’t need a rate cut but the first has been delivered and a second will come, if the economy weakens. However, provided the US President doesn’t escalate the trade war, I think the rate cut will sustain this bull market, which is still shorter than the 15-year one of the 1950s. But with interest rates so low, investors are bound to stick to stocks.

The Fed is on “kill recession” watch mode and given what Jerome Powell said today, he’s not too worried about pending doom, which should be good for stocks. I’d rather buy stocks on an improving economy than on lower interest rates — but call me old-fashioned.

One day it will change and it could come out of left field. But as the old market saying goes: “Don’t fight the Fed.”

Of course, Donald Trump has ignored this advice but, as we’ve all learnt, Donald is a very unusual kind of guy.