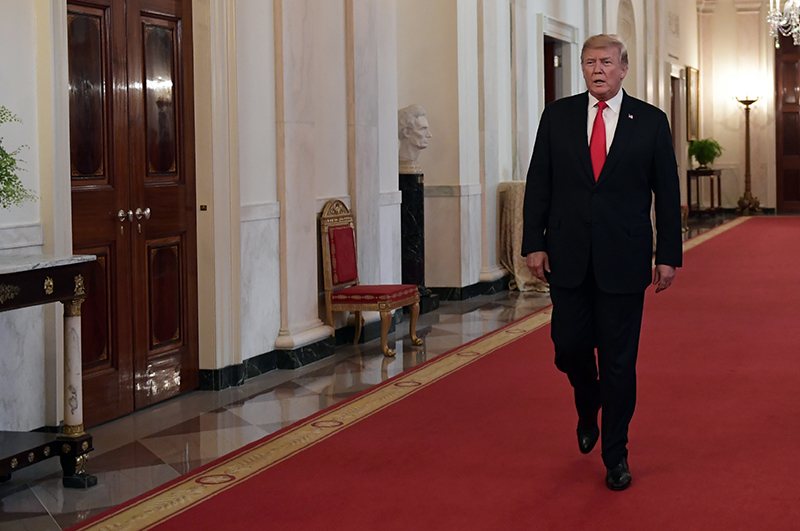 Fasten your seatbelts. Trump is driving the Big Dipper!

As Donald Trump looks poised to slug China with tariffs on $US200 billion worth of goods, the question is: which Goldman Sachs report do you believe? Is it the one that says a bear stock market is coming, which means at least a 20% plus crash? Or is it the one that says it can’t see a US recession for at least three years?

It was only a few days ago that Goldman’s bear market indicator was at a four-decade high, as the chart below shows. 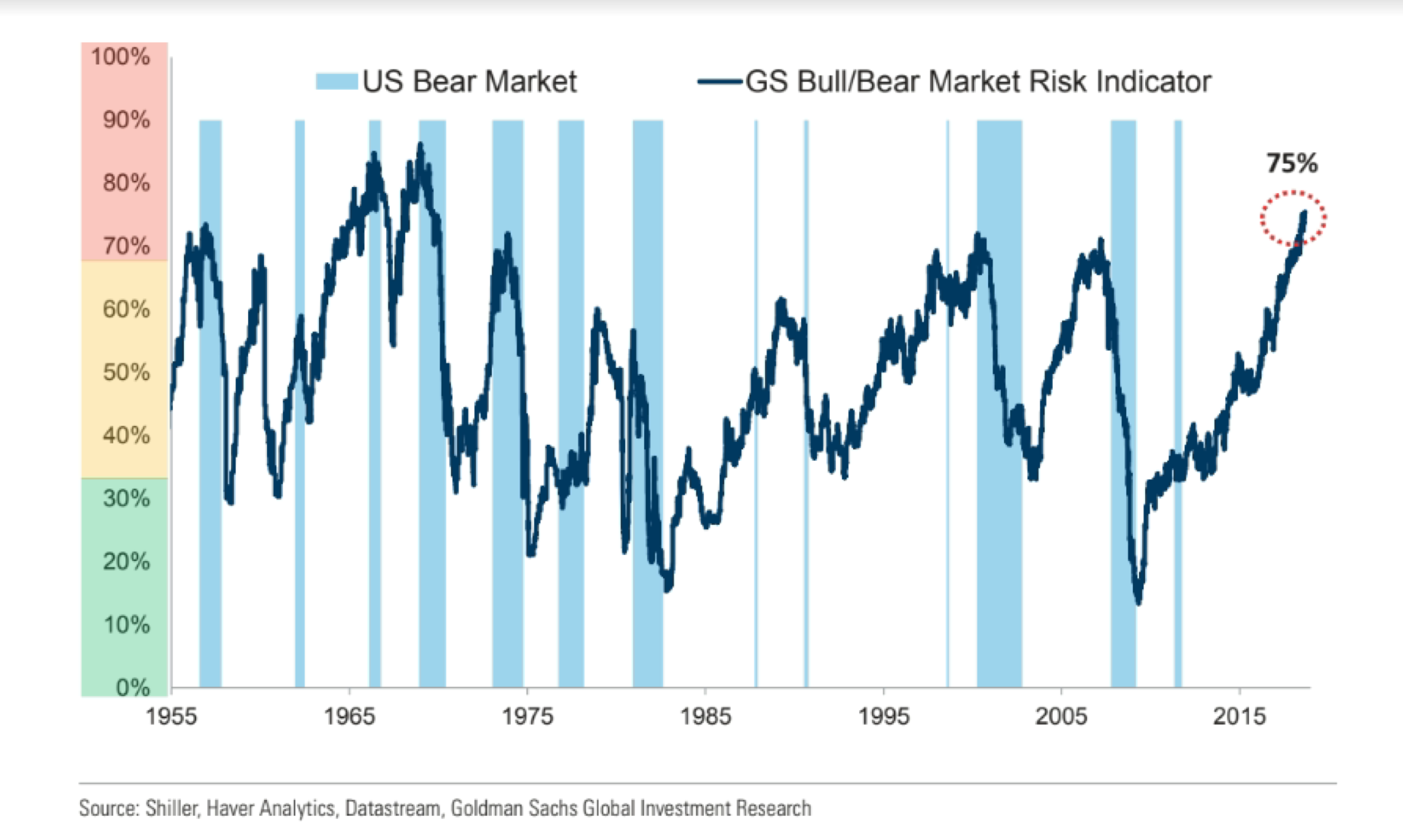 However, in what looks like a great disconnect between what’s headlined and what’s actually concluded, the head honcho of the report, Peter Oppenheimer, chief global equities strategist, told MarketWatch.com that “We’re not flying the flag here and saying that there is going to be a deep bear market.”

As Manuel from Fawlty Towers might say: “Que?” A bear market means at least a 20% slump, so why use the words “bear market?”

I have to say, until I read today’s headlined story that Goldman was tipping that a recession was three years off, I was a bit concerned that its bear market indicator story was at odds with the Citi view that only 3.5 of their 18 indicators that forecast a bear market were detected at this time.

In 2000, ahead of the dotcom stock market crash, there were 17.5 out of 18 red flags waving with this market test. Before the GFC, Citi’s equities team identified 13 warning signs out of 18. But like everyone else, they were thrown a dummy via the debt ratings agencies, which made mistakes, rating assets that were actively traded by financial institutions as based on AAA loans, when in fact there was a pile of sub-prime loans in these parcels of loans.

This created a financial crunch, which meant no financial institution knew who to trust. As a result, the Global Financial Crisis was born in the USA, which took stocks down 50% and then created America’s Great Recession. Incidentally, we were just about the only Western economy not to go into recession!

So I’m running with the Citi view on bear markets liking the small 3.5 out of 18 worrying signs and ignoring Goldman’s call on stocks. That said, I’m happy to buy Goldman’s economics story that the risk of recession is low over the next three years.

“Our model paints a more benign picture in which robust growth—coupled with receding concerns that financial conditions were unsustainably easy—have so far put a lid on US recession risk,” Goldman economists wrote. (CNBC)

And the past suggests that if the US goes into recession, a whole lot of other developed economies play follow the leader, so I like this Goldman three-year view on no recession.

“Historical experience suggests that recessions in the U.S. have gone hand in hand with recessions elsewhere. Looking at the past four decades, the average chance of a recessionary quarter in the next year in another DM (Developed Market) economy is just over 20% if the US is not currently in recession but nearly 70% if it is,” noted the Goldman economists.

It’s intriguing to see this pretty positive view on the strength of the US economy, as Donald Trump ups the ante with the Chinese. The current White House message is the President wants to slam China with tariffs on $US200 billion worth of Chinese exports to the States and so two important reactions have to be watched.

The first is how Wall Street responds. Some experts say these tariffs are priced into the stock prices of the most logically affected companies (both negatively- and positively affected) but that’s guesswork. If something that many might have gambled wouldn’t eventuate happens, there could be an overreaction.

Second, we don’t know how China will respond. That is, as Donald Rumsfeld might have said, it’s an unknown unknown, which some smarty says is an “unfathomable uncertainty!”

Yep, an unfathomable uncertainty has to be the best definition of Donald Trump.

Put on your seat belts, we’re in for another interesting ride on the stock market rollercoaster this week with the US President. I hope it’s a really dull, un-scary experience but that sounds so typically, optimistic me!