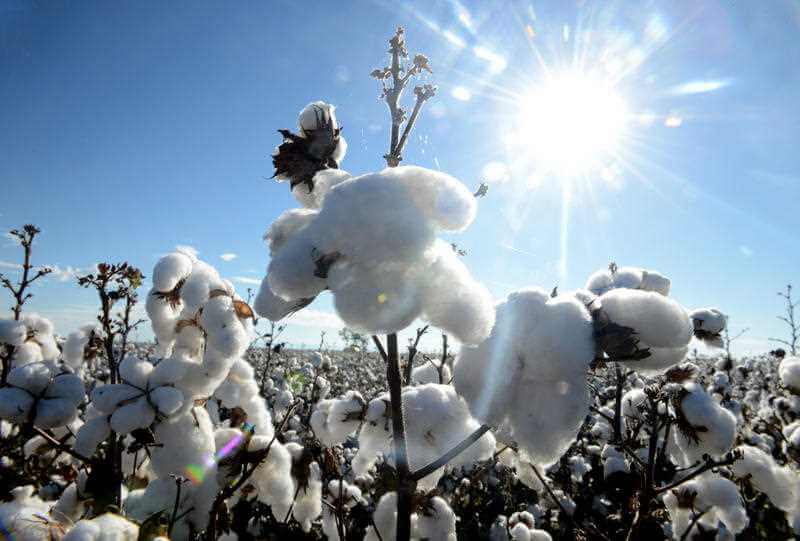 Expect a bad day for stocks, so here's a good news story!

Wall Street has given our stock market a terrible lead into today’s final session of the week, so expect bad news, driven by concerns about the low oil price going lower overnight and whether the Fed’s minutes say it’s more worried about the economic outlook for the US and the global economy than a lot of experts and investors.

At one stage, the Dow was down over 300 points, so this is some serious worrying.

But let’s have a look at a good news story from the Murrumbidgee! Yes, the troubled farm sector has produced a sensational success story that saw six farmers with a vision take out the Regional accolade at the 2015 Telstra Australian Business Awards.

This is how the Telstra press release told the story in a nutshell: “Previously forced to transport their cotton over an 800 kilometre round trip to be ginned, directors Tim and Roger Commins, Gerard and John Toscan, Scott Hogan and Larry Walsh put everything on the line in 2011 to establish what is now considered a world class ginning facility.

“The Whitton-based gin is turning over $25 million annually and has been acknowledged as the driving force behind the burgeoning Murrumbidgee cotton industry, which has grown from 11,000 hectares to more than 35,000 hectares in four years.”

This is a seriously good story portraying a group — farmers — who can be conservative, cash-strapped and therefore victims to the uncontrollable, such as weather and global commodity prices, taking a punt and bringing off a big, rewarding result.

To understand what these blokes from the bush have achieved, Southern Cotton has:

Standing on stage at The Star last night were these very proud farmers, all in dinner suits, but they took a step back for Southern Cotton’s general manager, Kate O’Callaghan, who told the audience that winning the national Regional Award provided the business with the opportunity to raise the profile of the cotton industry in Southern NSW and boost economic growth in the community.

“It’s given us a platform to showcase the quality of our cotton as well as put a spotlight on our region and the many other agribusinesses that are operating successfully in Southern NSW,” Ms O’Callaghan said.

“There was a perception that the plan to build a gin wouldn't work, but failure was never an option. When a team of like-minded people work together towards a common goal in challenging circumstances – what seems impossible can be achieved.”

The Telstra Business Awards showcase great small to medium-sized businesses and are always truly inspirational. Most of the finalists are people who have progressed from the garage, the kitchen table or even the sofa to create something that now employs others, exports overseas and gives us a good reason to ignore the bad news from Wall Street and the local stock market.

That kind of bad news is only temporary when there are positive business-builders out there who will eventually help turnaround the hangover negativity from the GFC and the repair program, which is still progressing, albeit more slowly than most of us would like.

Let me remind you, if you get annoyed that stocks don’t rocket to higher levels as quickly as you’d like or as per usual — we dodged a Great Depression bullet after 2008 brought the end of the likes of Bear Sterns and Lehman Brothers!

Unemployment in our country has still only gone to 6.3% and experts in 2008 were talking about the possibility of a 10% jobless rate.

I never forget that and I’m betting that we’re in a slow grind higher economic cycle, which means that profits and share prices will also grind higher. That’s what we’re seeing even with our own profit season.

Companies such as Seek were punished by the stock market, even with record profits, and it was because they forecasted that their promises of profit growth next year would not be as fast as analysts expected.

And why did they declare that? Well, because the company is investing for growth two, three and five years down the track! Seek has been an exceptional business and if it didn’t win a Telstra award many years ago, it should have.

For those interested, the Business of the Year went to Executive Risk Solutions in Myaree WA and here’s a brief look at their exceptional story:

When a stock market sells off, it reflects concerns about the health of economies, companies and the future. With people like Scott Houston, Kate O’Callaghan and her blokes from the bush, it’s easy for me to remain positive about Australia, our economy and future stock prices.

For those who need bad news, the Dow Jones lost 358 points so our market will be down today but for those who need more good news, the Philadelphia Federal Reserve index rose from 5.7 to 8.3 in August, above forecasts centred on a result near 7. Existing home sales rose 2.0% in July to 5.59 million (forecast 5.44 million), which both say the US economic recovery is doing OK.