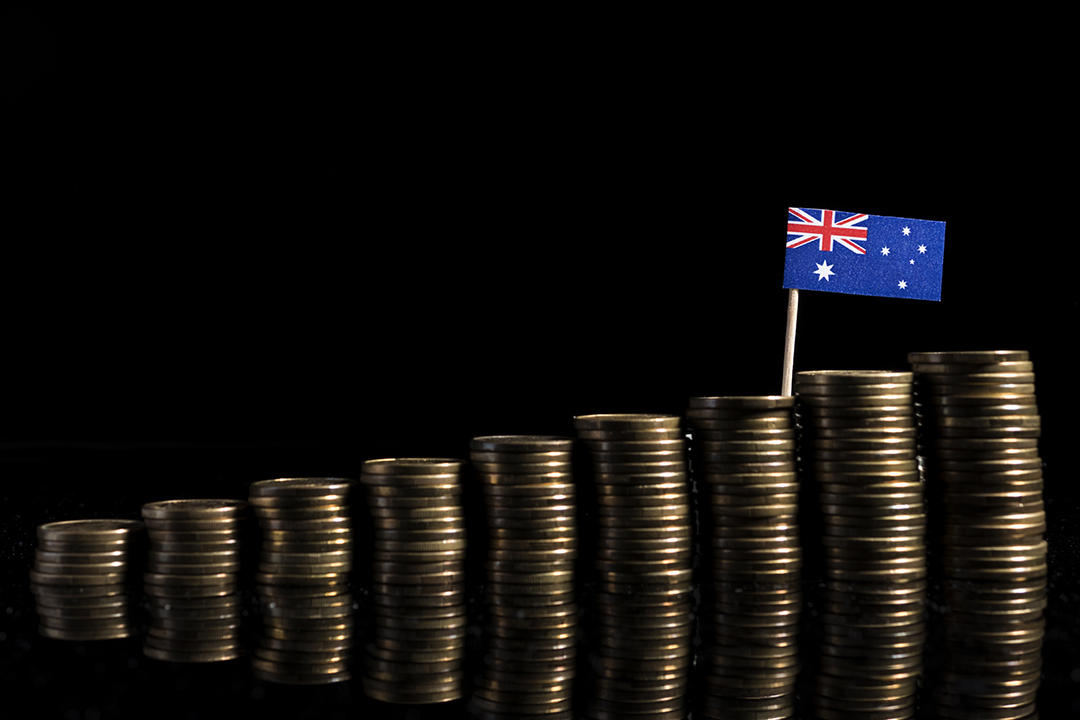 Excuse the French but is our economy crap?

Two worrying readings this week on the Aussie economy has to make me ask the question: Is our economy crap? Excuse the French but highly emotive language might be needed to get our fearless leaders in Canberra focused on some of the big headwinds that could end up pushing us into recession for the first time in 29 years.

Right now, business and consumer confidence is too low for even an optimist like me to say with my hand on my heart: “Don’t worry, she’ll be apples.”

We are at crossroads with the economy, which reminds me of an amusing observation by Woody Allen on the threat of a nuclear bomb during the Cold War era.

It went like this: “More than any other time in history, mankind faces a crossroads. One path leads to despair and utter hopelessness. The other, to total extinction. Let us pray we have the wisdom to choose correctly.”

Right now, the trade war has been likened to an economic cold war and we wait with bated breath as Washington hosts the trade war talks over the next few days. And already the news reports are conflicting, uplifting and worrying at virtually the same time!

Yesterday afternoon the stock market didn’t know how to play the ping pong politics of the trade war negotiations. One news outlet talked about a possible currency agreement, which could be a prelude to a trade agreement. But then another news outlet told us that the Chinese minister negotiating with the Trump team was going home early.

It’s as though all the negotiators have read Donald’s book The Art of the Deal so we’re made privy to all their ducks and drakes, cloak and dagger press releases, tweets and leaks, which makes it nearly impossible to make predictions about whether a trade deal will result.

And be clear on this: a trade deal will spark confidence, send stocks soaring and reduce the chances of a recession in the USA, worldwide and here in Australia. It’s a big deal and the stock market is elevated because they believe even Donald Trump knows a deal would be good for Wall Street, the US economy and his re-election plans. But this guy seldom chants from an easy-to-read hymn book.

Interestingly, the trade war has probably helped us to record 20 successive monthly trade surpluses. “The rolling annual surplus was a record $58.59 billion in the year to August…and exports to China have hit new highs,” CommSec’s James Craig pointed out last week.

But we need consumers and businesses to spend and with confidence levels down because of the trade war, Brexit, the drought, the related slow economy and the recently ended house price slump, the question is about just how crappy our economy is.

Let me show you the latest run of data…

• The business conditions index rose from +0.6 points in August to +1.6 points in September but the long-term average is +5.8 points.

• The Australian Industry Group (AiG) Performance of Services Index rose from 51.4 points to 51.5 points in September.

• Lending to households rose by 3.2% in August after a 4.3% lift in July. It was the biggest back-to-back increase in household lending in a decade.

• Excluding refinancing, the value of owner-occupier home loans rose by 1.9% in August, with investment loans up 5.7%.

•  The share of first-home buyers in the home lending market hit fresh 7½-year highs of 30.1%.

•  Retail trade rose by 0.4% in August, which was the strongest lift in spending in six months.

• Commercial building approvals lifted by 54% – the most in three years.

• The Australian Industry Group Performance of Manufacturing Index rose from 53.1 points to 54.7 points in September.

• NAB’s business conditions index rose from +0.6 points in August to +1.6 points in September but the long-term average is +5.8 points.

The bad & the ugly

• The unemployment rate rose from 5.2% in July to 5.3% in August in seasonally adjusted and trend terms – the highest level in 12 months.

• The Westpac/Melbourne Institute survey of consumer sentiment index fell by 5.5% to 92.8 points in October – the lowest level since July 2015. Consumer sentiment is below the longer term average of 101.5 points.  A reading below 100 points denotes pessimism.

• The NAB business confidence index fell from +1.1 points in August to a 6-year low of -0.3 points in September. The long-term average is +5.9 points.

• Job vacancies fell 1.9% in the three months to August. Vacancies are also down by 1.9% on a year ago – the biggest annual decline in 5½ years.

This last number shows how hard it is to be certain about our economy’s ‘crappiness’. That 1.4% number was dragged down by two bad quarters in 2018, while the March and June quarters have come in at 0.5%, which implies we’re at a growth rate of about 2%. That’s found by multiplying the latest quarter by four or the past six months of growth by two.

This week the Reserve Bank told us: “Overall, households remain well placed to service their debt”… and …“The financial health of the business sector remains sound overall.”

Well, let’s hope the RBA and UBS are right. The good readings above do outnumber the bad and the ugly and some of those are off-looking on an annual basis but on the most recent readings, better news has come through.

My fingers are crossed because we are at a crossroad and I pray Donald Trump and the boys from Beijing choose correctly!